Ghastly Blasts “POS” DJ Who Should Not Be Trusted

In an industry full of creative minds and individual personalities, we can’t expect everyone to get along. Now, it appears some sort of bad blood has run between two popular artists in particular.

Ghastly‘s claws are out. The cryptic message below, tweeted and soon deleted, calls it like he sees it.

“Dear anyone who is in the dance music industry — do not trust a guy who’s name starts with an E and rhymes with piece of shit Kali.”

If you didn’t put that together already, we’ll spell it out for you: Ekali. The question on everyone’s minds is simply “y tho.” Ghastly followed up with a reply, reiterating his statement.

“Trust me and 15 other djs who all just had this conversation.”

While we’re always up for some good quality Twitter beef, it seems the untrustworthy “POS” has yet to respond, at least via social media. What’s going on, guys?

UPDATE – It appears to be caused by some relationship drama.

Having both released on OWSLA, both with enthusiastic co-signs from Skrillex, you have to wonder what caused this. In fact, one of Skrillex’s best releases of the year was a remix of Ekali’s OWSLA debut, “Babylon.” 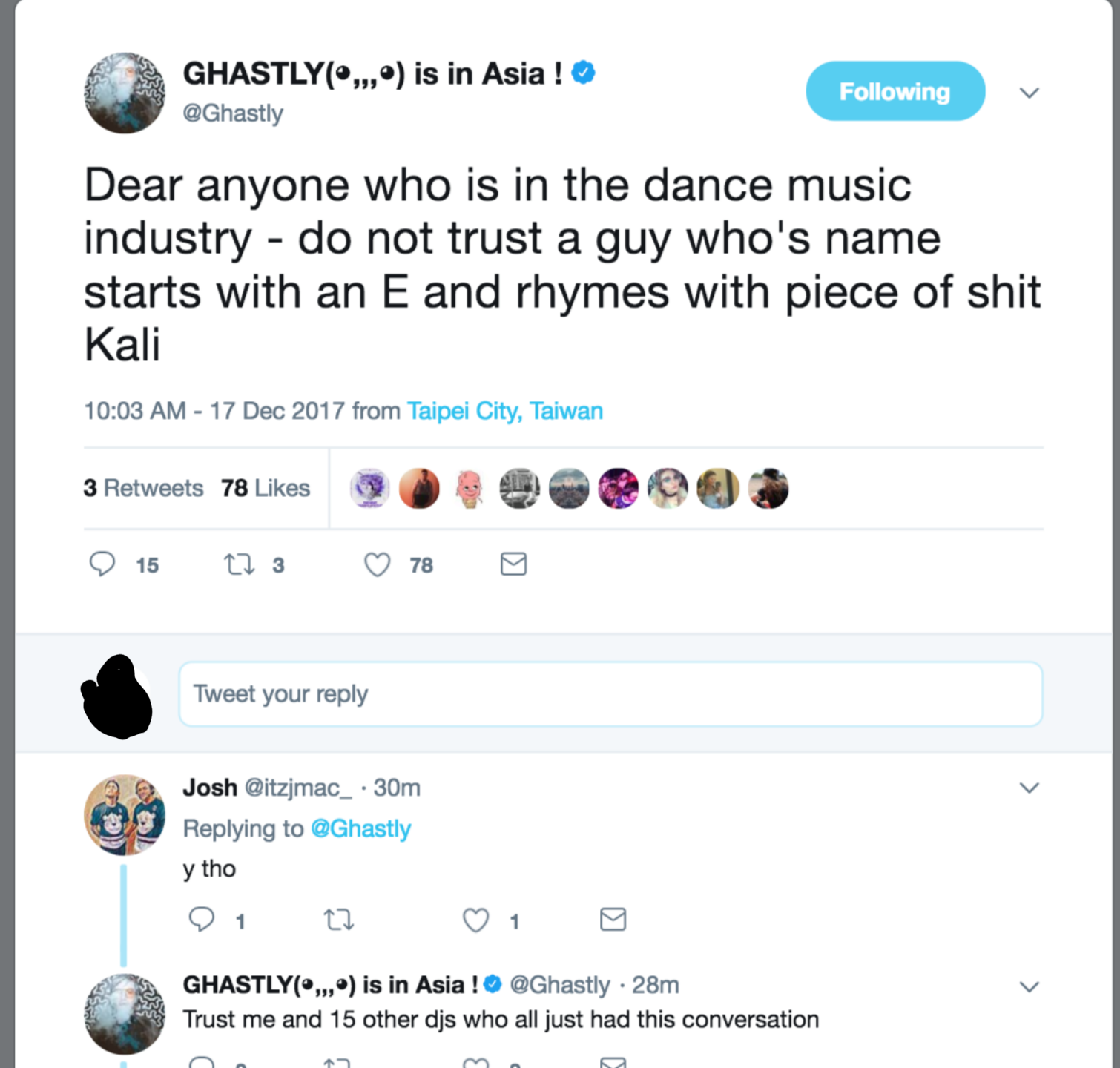