Zeds Dead and Jauz have just released their massive collaboration “Lights Go Down” via their own label imprints, Jauz’s Bite This & Zeds Dead’s Deadbeats.

In addition to the release of the new record, Zeds Dead and Jauz will be co-headlining a massive NYE weekend show called “Deadbeats Goes Off The Deep End” at the New York Expo Center in the Bronx, New York this Friday, December 29th.

If you live in the New York City area and are still searching for New Years Eve weekend plans, RPM Presents has you covered this Friday as Deadbeats go Off The Deep End.

Not only are Jauz and Zeds Dead performing individual sets but they will also be closing out the night around 4am with a special B2B set after the likes of: Zomboy, Bro Safari, Mija and GG Magree have all played. Check the set times below! 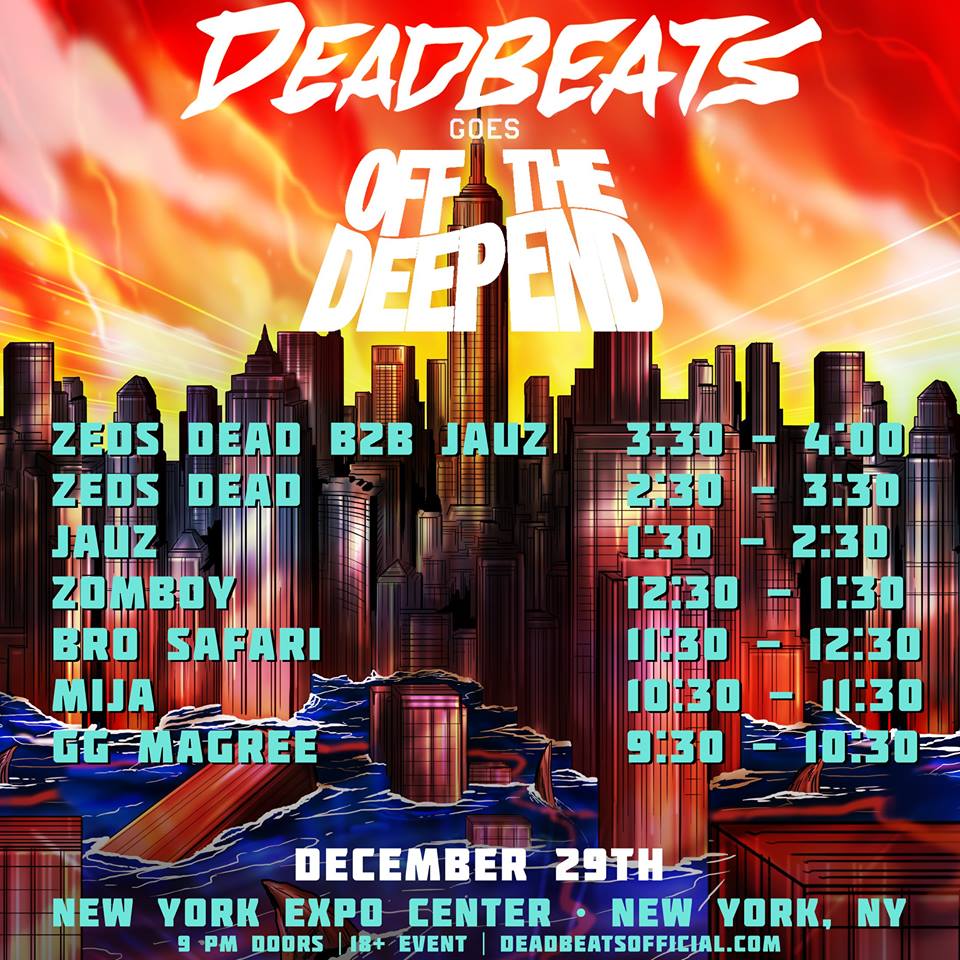