Bassnectar NYE is about to get ratchet! As if we needed any proof, one Twitter user has vowed to “sacrifice” her dreads at the show tomorrow night in Atlanta, GA. And yes, you’re reading that correctly.

We’ve blocked out the identity of this basshead for her own sake, after she outlined her plans to leave her dreads behind at Nectar NYE, where they belong. While there’s a very real possibility this girl just has a weird sense of humor, or is simply trolling her followers — her tweets give us reason to believe there might be some unexpected surprises left behind at the venue, the Georgia World Congress Center.

“My dreads have seen Bassnectar more than 20 times and that’s where they belong.” Just, wow.

With all this being said, we just gotta ask — what’s the weirdest thing you’ve seen at a Bassnectar show? 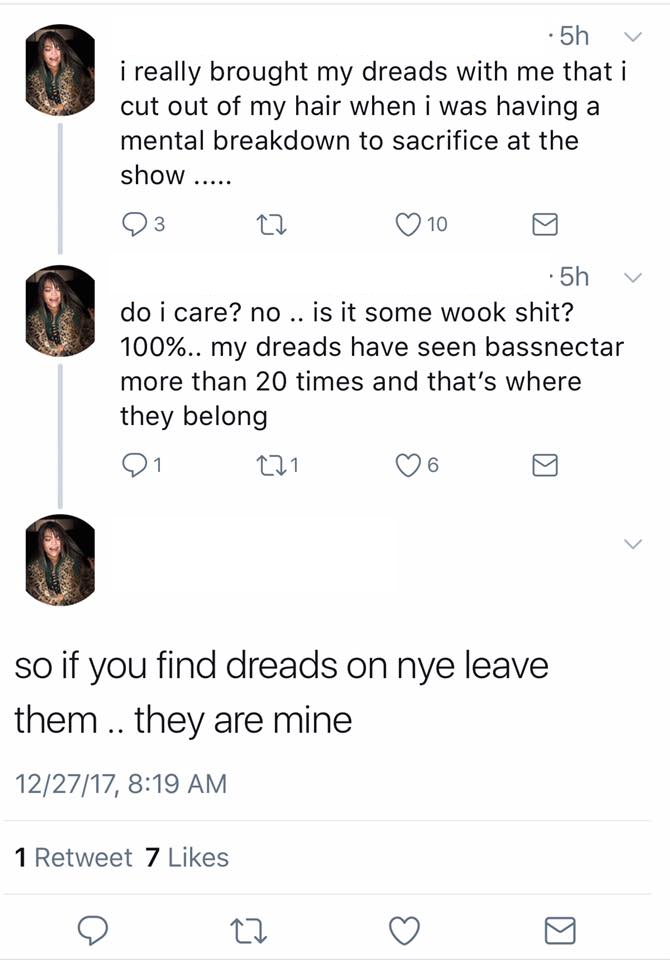