by Your EDM Staff
in EDM News, Events, Featured, Lineup

Another festival lineup, another Eminem headline! This time it’s Bonnaroo who has just released their lineup for 2018 and once again we’re subject to a familiar trio of headliners in Eminem, The Killers, and Muse. The camping festival which takes place in Manchester, Tennessee from June 7th to June 10th, also boasts the biggest electronic lineup out of all of the festival lineups release thus far in the year – check it out.

Bassnectar and Kaskade occupy familiar territory in the first two lines, but joining them up at the front are artists including Virtual Self, RÜFÜS DU SOL, Chromeo, Carnage, and Alison Wonderland. Not to fear there, because there’s plenty more to speak of with Gryffin, What So Not, Kayzo, Slander, Big Wild, Shiba San, Snakehips, Mr  Carmack, Valentino Khan, K?D, Chris Lake, Space Jesus, Said The Sky, Elohim, Melvv, Loudpvck, DROELOE, and Taska Black all on the bill, as well. In fact, there are also two special b2b sets billed: Billy Kenny b2b Mija (something we never saw coming) and Boogie T b2b Squinto. There’s a definitely a diverse selection of electronic music here, not to speak of the other genres represented, which might just make this lineup the best overall released thus far in the year! 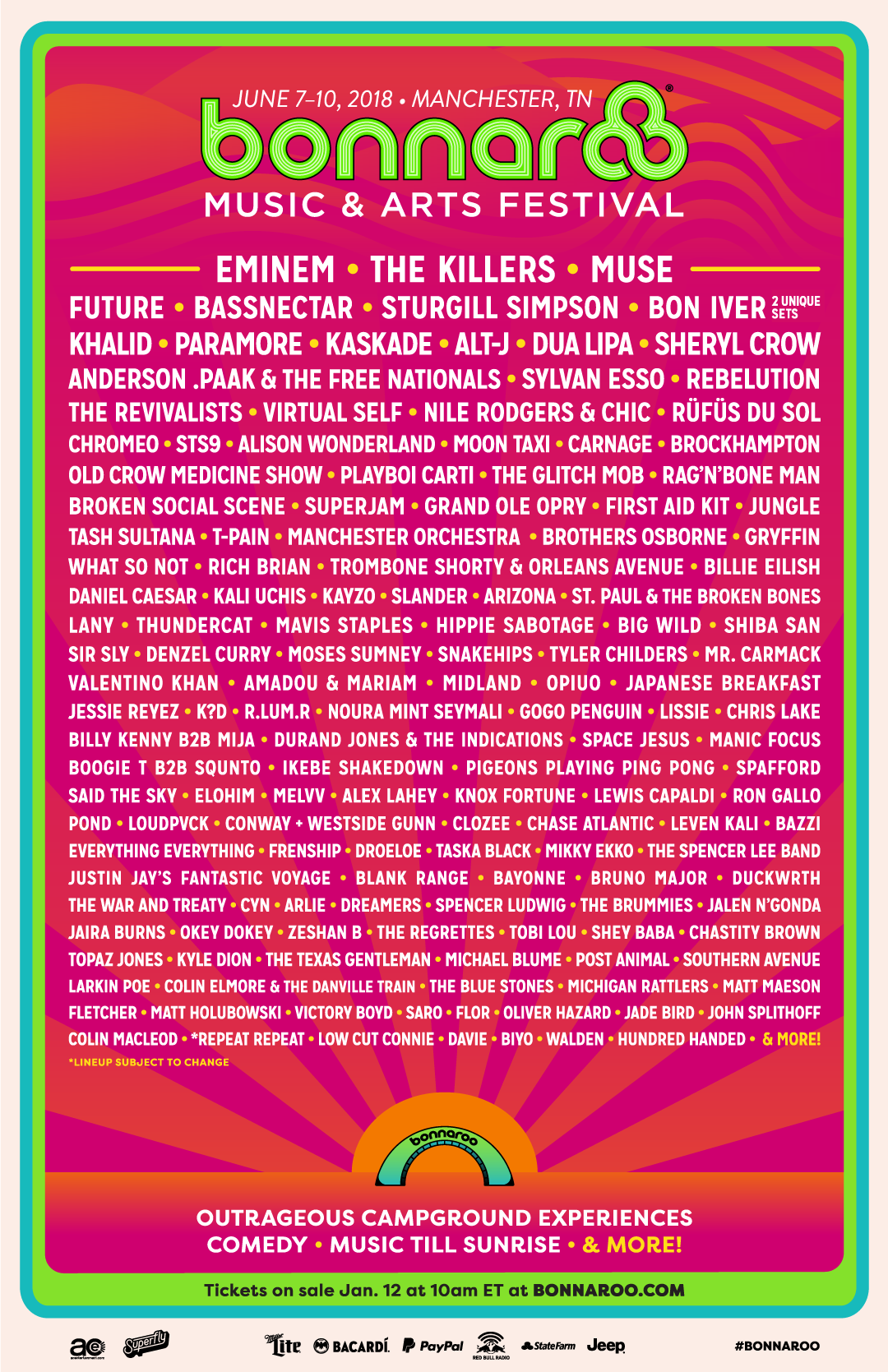 Darren Styles & Stonebank Team Up for First Monstercat Release of 2018