After a wildly successful debut last summer, The Garden of Madness is set to return for an extra special extended run for its second season. Taking place every Tuesday from 19th June for fourteen consecutive weeks, Tomorrowland residents Dimitri Vegas & Like Mike will be back at the helm for what promises to be another summer of pure mayhem. 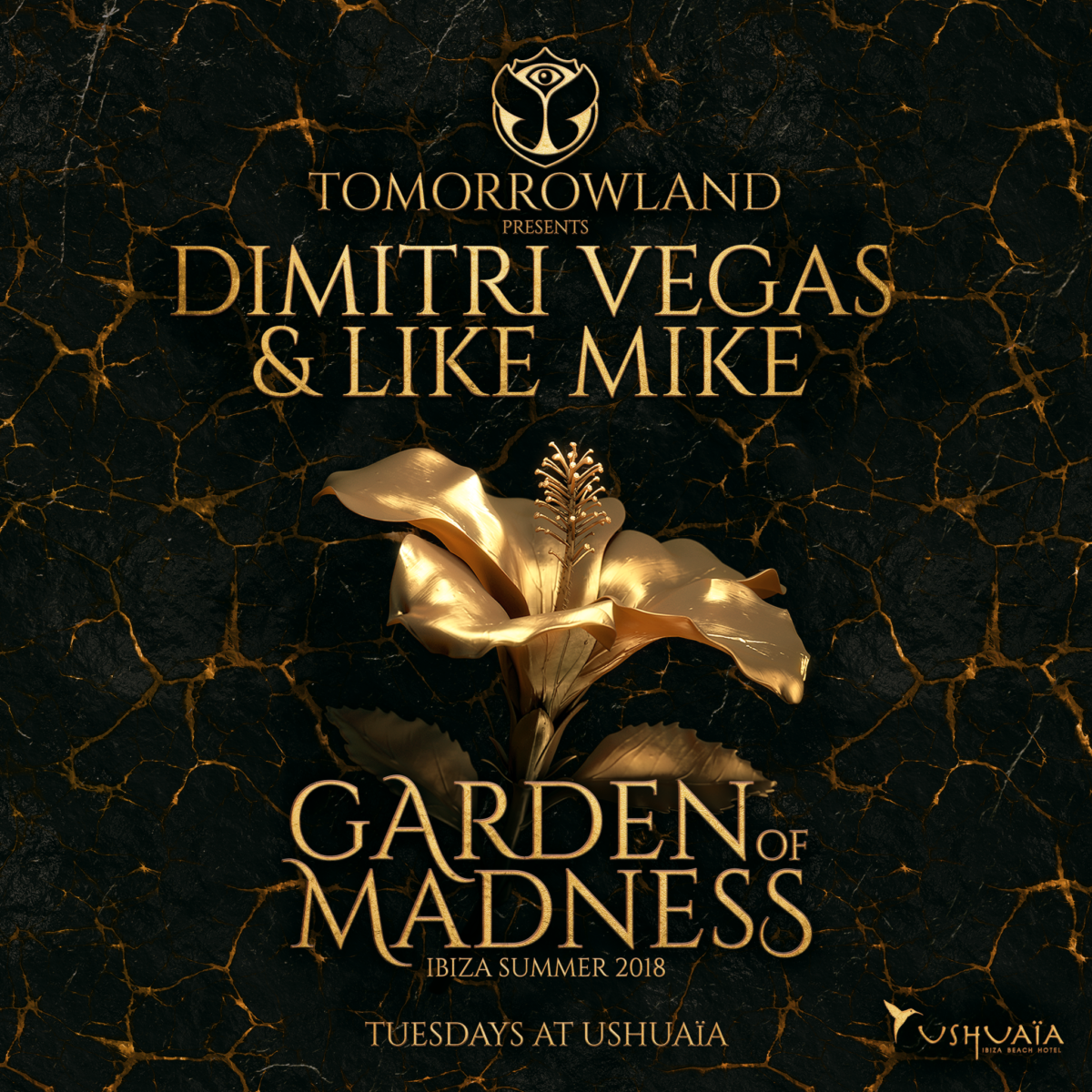 The Belgian brothers will be calling on a host of A-list stars to join them throughout the season, with last year’s guests including the likes of Steve Angello, Steve Aoki, Marshmello, David Guetta, Lost Frequencies, Carnage and Nervo. As with last year, this season will feature a custom built stage by the production team behind Tomorrowland, with a stunning array of visuals that will ensure this is one of the most impressive shows on the white isle.

Speaking about their residency, Dimitri Vegas & Like Mike said, “We can’t wait to return to Ushuaïa this summer. Ibiza is one of our favourite places and nothing can beat the atmosphere of Ushuaïa. Last summer the fans were phenomenal, their passion and love for music is infectious. The production for the shows we got to create together with our Tomorrowland family and the Ushuaia team went beyond our wildest imagination. We’re excited to be announcing a new season so come join us for what will be the best Ibiza season ever!”

With a lineup of special guests still to be announced – and fourteen weeks of slots to fill – you can expect this to be one of the longest-running, biggest parties of the year.