Q&A: Current Value Have Been Running a Crazy Multimedia Show and They’re Ready for U.S. Audiences: Get Ready for CVAV [Videos]

In 2016, Current Value, birth name Tim Elliott, was knocking out one massive single after another. He was featured on Noisia radio so many times, in fact, that if he’d put every CV clip from Noisia Radio on his own Soundcloud, there would have been little else there. In 2017, however, CV seemed to go a bit quiet, at least from a U.S. perspective. He did play shows in Los Angeles (Respect) and Washington DC in June, but aside from that U.S. audiences were where the neurofunk powerhouse had gone.

When Deadly Toys, a massive LP on Noisia’s Invisible Recordings, released in late 2017 it sort of made sense, but in fact Current Value was up to more than just producing a huge album. Those in the know will have seen clips from the CVAV multimedia show on Facebook and Twitter, but unless you were one of the lucky EU festivalgoers to have caught it in either its test runs or at the larger tour at the end of the year, it’s tough to get the full experience. CVAV is not like a normal multimedia show and likely no one can explain it as well as Current Value himself. With CVAV about to finally come to America, Your EDM caught up with the very busy producer to find out a little more about what makes this show so unique and exciting, and what U.S. audiences can expect.

What inspired you to want to do a curated audio visual show?

I’ve been creating music pretty extensively for many years now, and have found different points of inspiration during that time that have evolved my sound really. But the constant is that I’ve always tried to create an audio world that paints a vision and is very much rooted in a future tech aesthetic. Working with Greenaway & Greenaway (who manifested the visual aspect) to create the CVAV show was inspired by a desire to realise that world and take what’s being expressed to a new immersive depth. The CVAV concept also enables me to represent a broader cross section of my sonic journey to date.

How long did it take to come up with all the pieces from concept to completion?

The process of coming up with the initial set of visuals took about a year, there wasn’t too much back and forth because of the professionalism of the Greenaway brothers and their vision which matches perfectly with my own. The result is that we have about 2 hours of material that we can approach each 60 minute performance with. As it’s not a one-off tour, and is an ongoing artistic project, new material is already in development as we plan to continually evolve the show.

So to put it shortly, the CVAV project allows me to explore a much broader landscape in a unique way, whereas my DJ sets tend to be very much focused on new material and also a different style of mixing and combining those tracks.

How did you come to work with Greenway & Greenway on the visuals?

That was through my management at MethLab Agency, they were acquainted with the work of G & G and thought it might be a good fit when I presented them my idea of making such a project.

How did working with G&G help you mold your idea?

It all seemed quite ideal for the videos to be worked into my CV setup using Lemur and Ableton Live. With each building/testing session new ideas came up. And it keeps building.

Talk about the vapour waves and how you can sync those up between the music and the visuals? That bit seems really cutting edge.

In a CVAV set the video content is being controlled via midi. Both direct midi triggers or controllers as well as stuff that gets controlled through audio – to – midi which really glues audio and video together strongly and gives us both flexibility in performing and really instantaneous feedback visually as I affect the audio.

Do you have someone working the visuals as a board to make sure it syncs up with the audio in real time?

Most of that is taken care of in the setup by my accompanying technician, who manages a few things that aren’t directly controllable with my set up and ensures smooth transitions. He’s there to make sure video content is mixed properly or react in an emergency case. 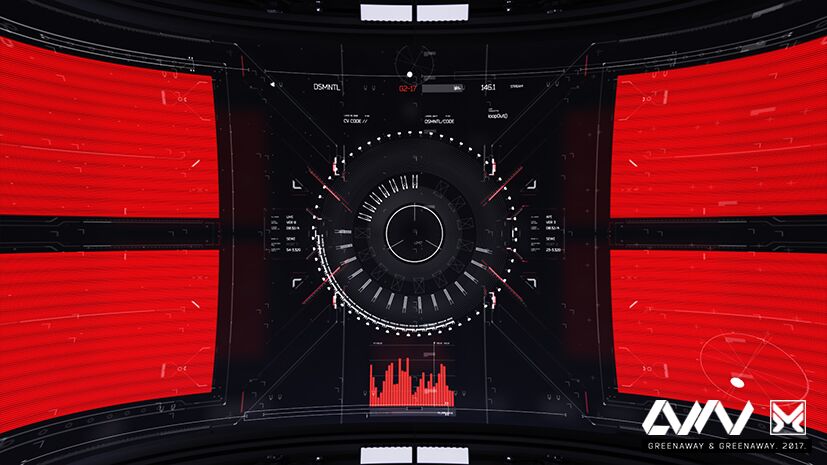 Will you be bringing CVAV to the US? If so, when?

Yes, we’re looking at tour date proposals for April and also the summer at the moment.

Is the new album integrated into the show? If so, how?

The show consists mostly of material made in 2017. Many of the visuals are dedicated to a large selection of what became the album in the end with each video targeting one particular track, but there’s plenty of as yet unreleased content in the current show also. At the moment it contains mostly unreleased material along with material from my Deadly Toys LP.

Is there a specific concept behind your new Deadly Toys LP? It seems that you are constantly moving forward with your ideas and the genres you are touching – what inspires you?

Well, in 2017 I delved into the realms of Jump Up a little and “Deadly Toys,” according to Noisia, seemed the most important tune when discussing the invisible album. So it naturally developed into an album being inspired from that genre but still representing a vast variety of my latest work stylistically. 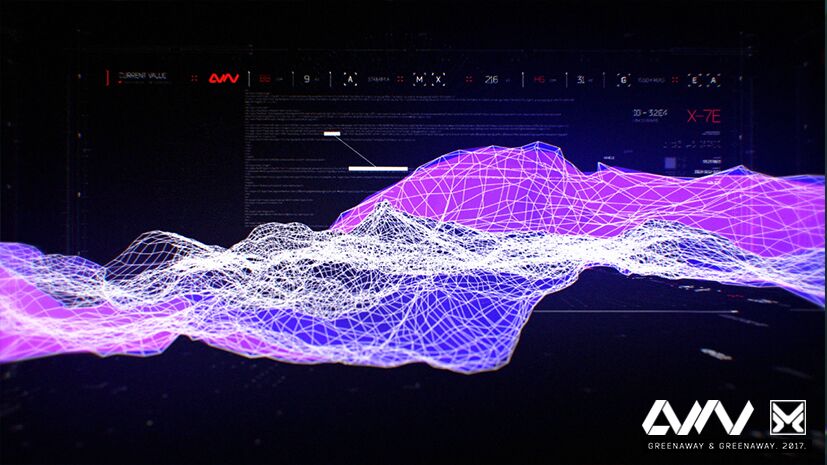 Do you plan to keep building on this new concept show in the future as you come out with new musical material?

Definitely yes. There is so incredibly much to develop, fine-tune, add, change – it never stops. No show is like another – not only because of the new material rolling in. Extending the concept to reach deeper into my back catalog to re-imagine some of the tracks I’m best known for and put them alongside unique fresh material that will only be listenable in a live context and likely go unreleased to keep it special is also exciting for me.

The future direction of the audio side is going to involve new material that may never be released and will only be experienced live, as well as reaching into the past – I’m selecting some of my past tracks such as “Symptomless Coma” remix, “Hitman,” some of the work I did in remixing Bjork, remastering these and bringing these favorites to life with new visual conceptions.

Deadly Toys is out now and available on Invisible Recordings. It can also be purchased on Beatport or streamed on Spotify and Souncdloud. CVAV’s next stops will be at Rampage and the Let it Roll Winter Festivals.