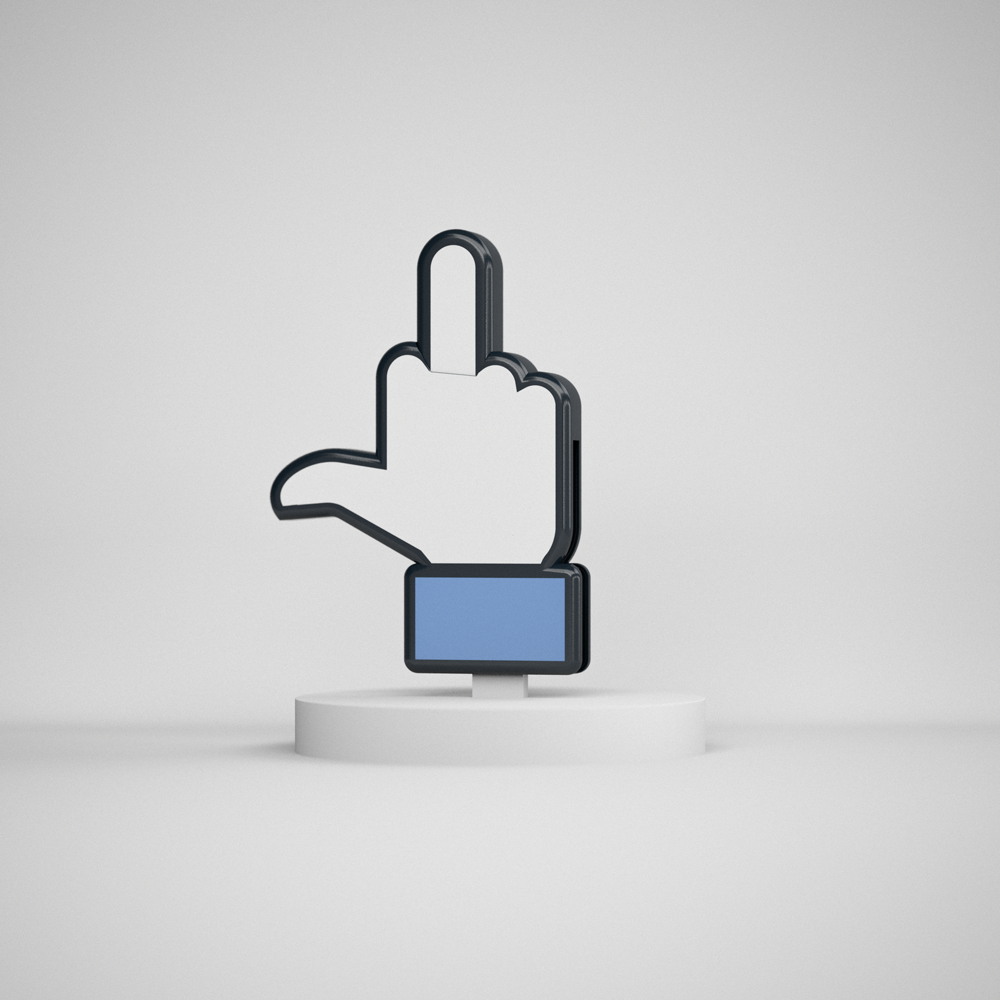 LAXX has been one of our favorites on Never Say Die since his debut on the label; after countless singles and numerous EPs over the years, the UK-born producer is now out with his debut album, Fake Friends.

Aside from the album itself, the promotion for the release was actually incredibly unique and played on the typical style of press releases and announcements. Posts began with faux automaton sensibilities, relaying phrases like “Album Marketing Campaign Phase One” and breaking down each phase into machine-like spoken word.

The album itself, though spanning 13 tracks, clocks in at only 37 minutes, an average of less than 3 minutes per track. It’s a quick listen, though one that will undoubtedly take multiple listens in order to accustom oneself with the full scope of the release. The title of the album is obvious enough: Fake Friends. The stylized album art, with a middle-finger Facebook-esque emoji sitting lone on a pedestal, is all that needs to be said.

Track titles like “New Me,” “High From It,” and “Let Em Know” are similarly obvious. However, it’s 100% the songs with lyrics that move the album forward in its apparent plot. Belle Humble, of Flux Pavilion “Cracks” remix fame, begins the album on “High From It,” an allusion to the endorphin rush of validation via social media. “Feels So Good,” for all appearances, follows this same theme, as well.

It’s perhaps most satisfying that previous singles like “Heart” with GG Magree and “Join Me” with Dion Timmer, while already great tracks, find an even more suitable home among the other album tracks.

Fake Friendshere is out now. Grab it , and listen below.