Ever After is rocking an especially bass heavy lineup this year, and it refuses to let anyone get in its way of having a good time!

The high-energy music festival is already gearing up for the event in Kitchener, Ontario over June 8-10, 2018 — but there’s one minor problem. According to a report, the Kitchener City Council has been telling organizers they need to wrap up by 9 pm on Sunday night.

However, the man in charge, Gabriel Mattacchione, says that’s not happening. He will run Ever After through Sunday night as scheduled.

“I am not going to compromise the experience of 30,000 plus people (70 per cent are travelling into the city and not living in the Tri-cities), for a hundred complaints on one weekend.”

In response, the city’s council has agreed in a significant decrease in noise levels, from 65 to 55 db. So, it’s a win. Mattacchione is clearly the kind of event organizer / hero that Ever After needs.

Check out the insane lineup here and get ready to have Ever After go on just as it should! 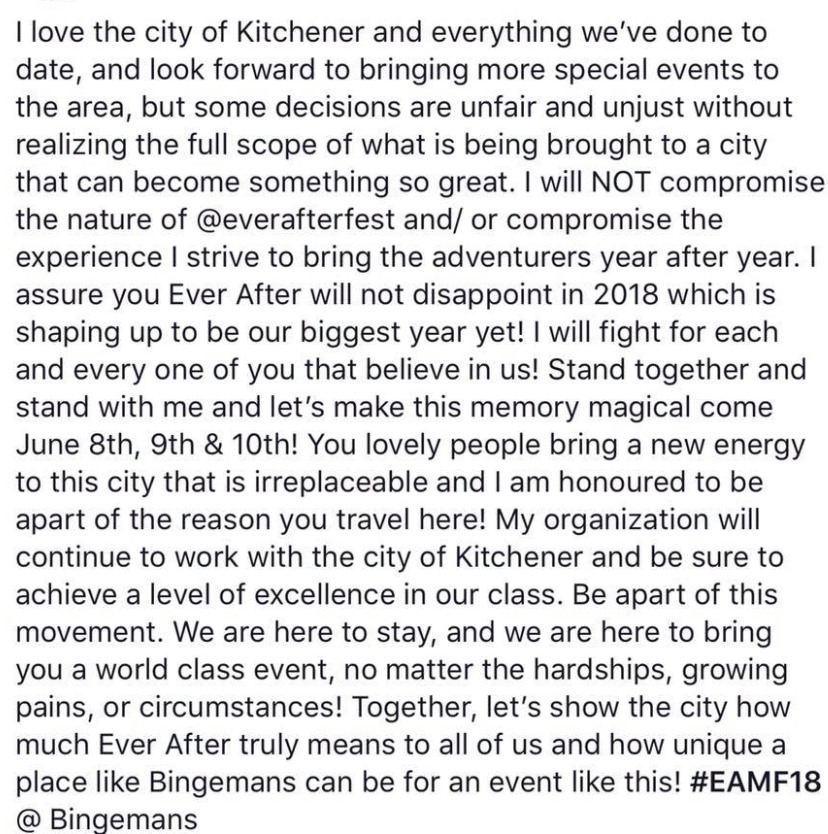 Source: 570 News | Photo by Tristan Renaud for Ever After Festival