Note: A previous version of this article was run with a leaked preliminary draft of the final results. The results in this article reflect the official results of the subreddit’s “Best Of 2017.”

Reddit has two general electronic dance music subreddits that don’t cater to specific genres, labels, or artists: /r/EDM and /r/electronicmusic. The former released its Best Of 2017 at the end of December, but it’s taken until February for the latter to compile everything (and create this nifty graphic below).

If there’s one takeaway from the results, it’s that Odesza had a phenomenal 2017. The duo won for Best Artist, Album Of The Year, Best DJ Mix or Live Set, Best Album Artwork, and best AMA. Wow.

The full results are below, with the runners up in parentheses next to the winners. Check it out! 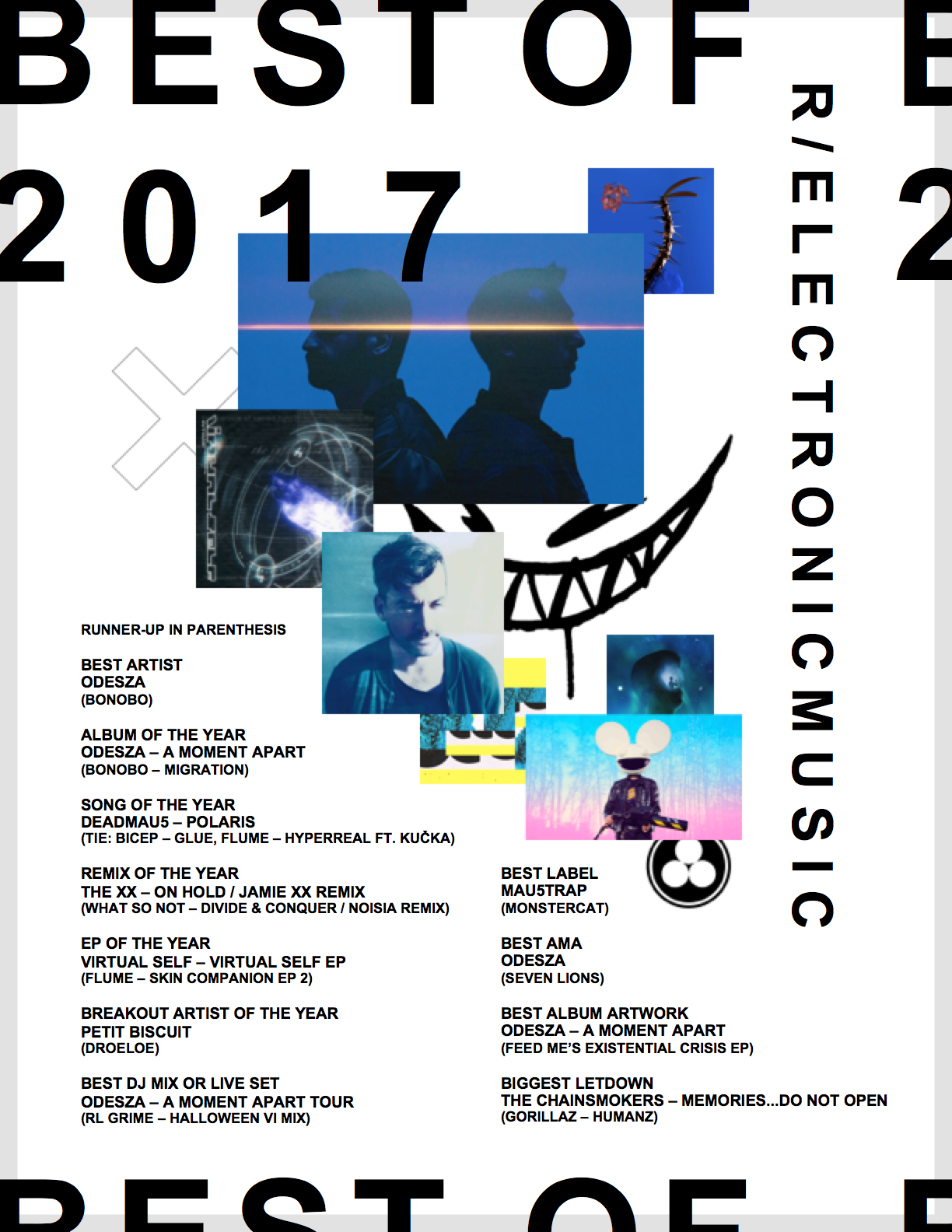 Your EDM Interview: Maybon On His Dynamic New Collaboration

Your EDM Interview: Maybon On His Dynamic New Collaboration