After yesterday’s whirlwind Night Owl Radio episode during which all of the artists at this year’s EDC were “revealed,” fans have been wondering who they got right and who they missed. Well, they didn’t have to wait very long, as the official poster for EDC Las Vegas 2018 is now available.

Featuring only the best of the best, EDC returns for another year in Las Vegas, though this year will be different. Rather than in June, the festival will be held in May for the first time, and will also offer camping options.

Take a look at your EDC Las Vegas lineup below. 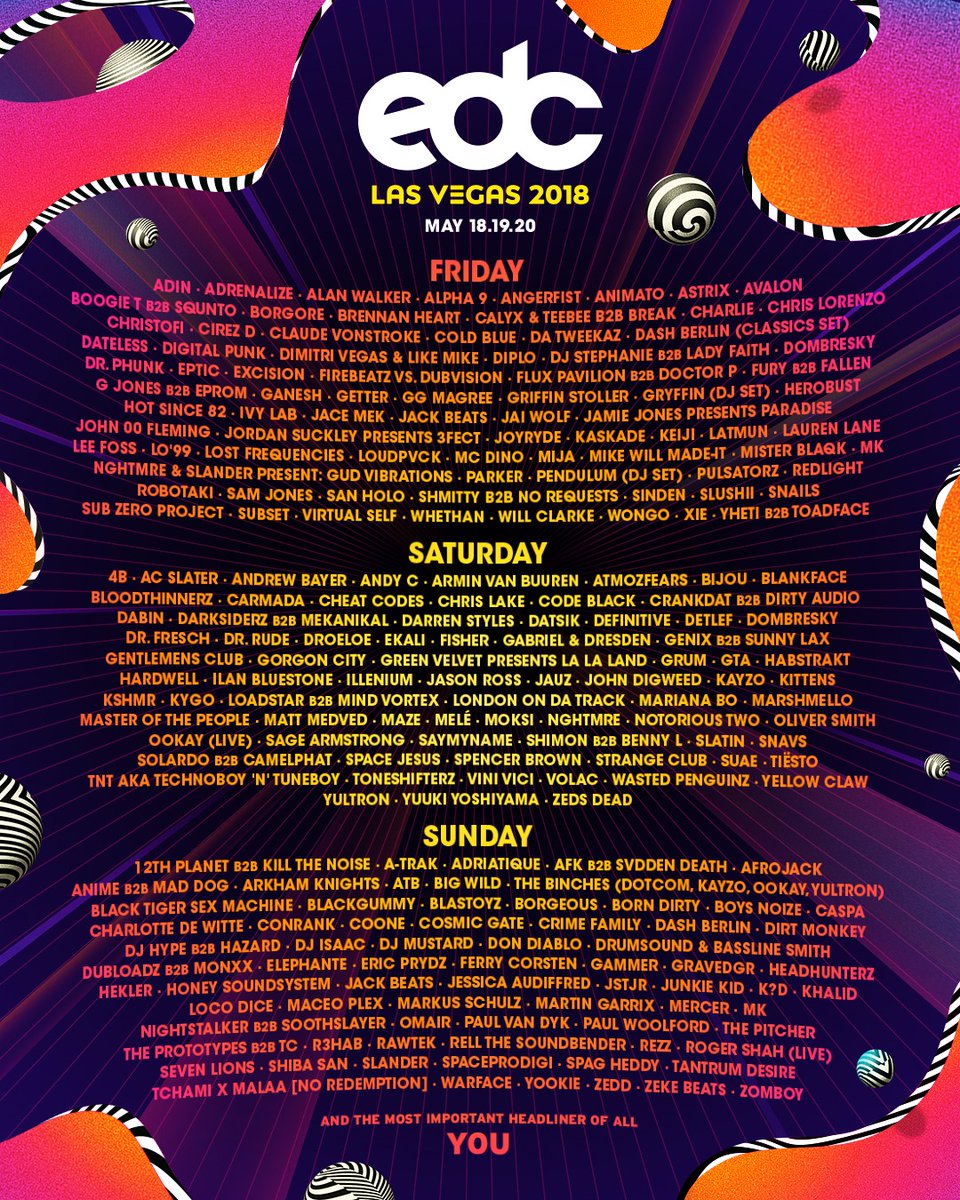 Photo via Scott Hutchinson for Insomniac

Your EDM Premiere: Super Future – “A Walk Through My Head” Will Blow Your Mind & Then Some [LISTEN]

Your EDM Premiere: Super Future - "A Walk Through My Head" Will Blow Your Mind & Then Some [LISTEN]