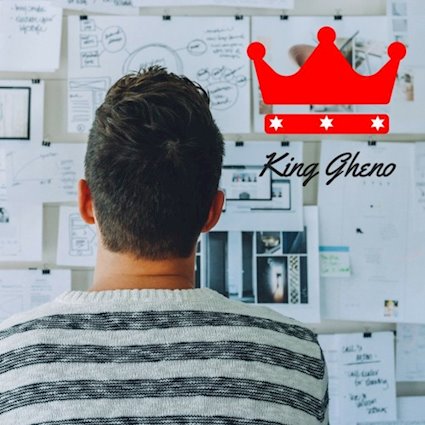 Well, now we’ve seen everything: a trap-heavy hip hop artist whose free tracks are literally designed to be used as meditations? Okay, EDM world, bring it on. King Gheno, a D.C.-based rapper who utilizes heavy auto-tune and ATL-style trap beats will likely surprise the hell out of a large number of EDM and hip hop fans with these singles. Honestly if he’s trying to give a positive message and spiritual health to the masses, the hyper-popular trap-based hip hop is a pretty good delivery system, as long as it works. His latest single, “Plan In Motion,” is a good start to try and find out.

King Gheno’s spiritual mission with his rash of new singles, which he calls “conscious singles” or “brain train tracks,” is probably best summed up by the young rapper and producer himself:

Well, when you put it like that…it does stand to reason that repetitive sounds, especially beats, help to sync up the hemispheres of the brain and produce a calming and even blissful effect. Even psychologists use these techniques for relaxation with binaural beats, set at certain frequencies. It makes one wonder if, on top of his spiritual and uplifting lyrics, Gheno also has his beat and bass frequencies tuned to optimal meditative levels. If he does it would be super-cool but also should come with a warning: “do not operate cars or heavy machinery while listening to hip hop.”

“Plan In Motion” is a continuation on the theme of two previous tracks released by Gheno in December, “Fighting For the Light” and “I Got Love.” This track is more straight up trap rap, where the last two tracks had a bit more of a reggae aesthetic. “Plan In Motion”definitely has a repetitive feel to the beats, especially in the snares. It also contains two high-pitched bell sounds which sound like Tibetan prayer bells. Gheno also keeps his vocals at a certain tonal pitch, so it’s likely that his meditative aim extends to the tones he uses in addition to the beat. In the lyrics, Gheno specifically states a number of times in the track that it’s intended to raise his own and his listeners’ vibration through meditation. The track is not meant to be subtle despite the fact that it’s camouflaged as a fun-sounding and danceable trap rap track.

It’s unclear whether King Gheno is using trap and hip hop to get his message to a wider audience as he’s so blatant in his lyrics and his press about said message. It’s likely that he just loves these genres, and he has a great musical knack for blending hip hop an trap beats and island-inspired rap lyrics with spiritual-sounding tones and messages. Unique isn’t even really the right word for it; perhaps brilliant is better. There truly isn’t anything in EDM or hip hop like King Gheno at the moment, so here’s hoping he’s able to keep raising the vibration of his fans through this interesting, noble and definitely different work.

All of King Gheno’s recent tracks are streamable on his Soundcloud, and there are about 20. Stay tuned for more.