by Andrew
in Events, Lineup, Tickets

Gifted electronic producer KRANE is set to land in Williamsburg, Brooklyn on Saturday, April 7th at Rough Trade NYC to ring in a night of earth shattering and anthemic sounds based off his debut 10-track album Fallout. KRANE paints a cinematic backdrop saturated with hard-hitting yet musically sophisticated trap and future bass.

Reflecting on the LP, KRANE stated, “FALLOUT is as much a celebration of where my sound is today as it is a recognition that I will leave part of it behind now that this album is in the wild. I know that by sharing this body of music with you, I am demolishing part of myself as a producer so I can reinvent myself again, and again.”

Listen to Fallout below.

KRANE will bring his next-level soundscapes directly to Brooklyn on Saturday, April 7th while bringing friends and collaborators SLUMBERJACK and Alexander Lewis. 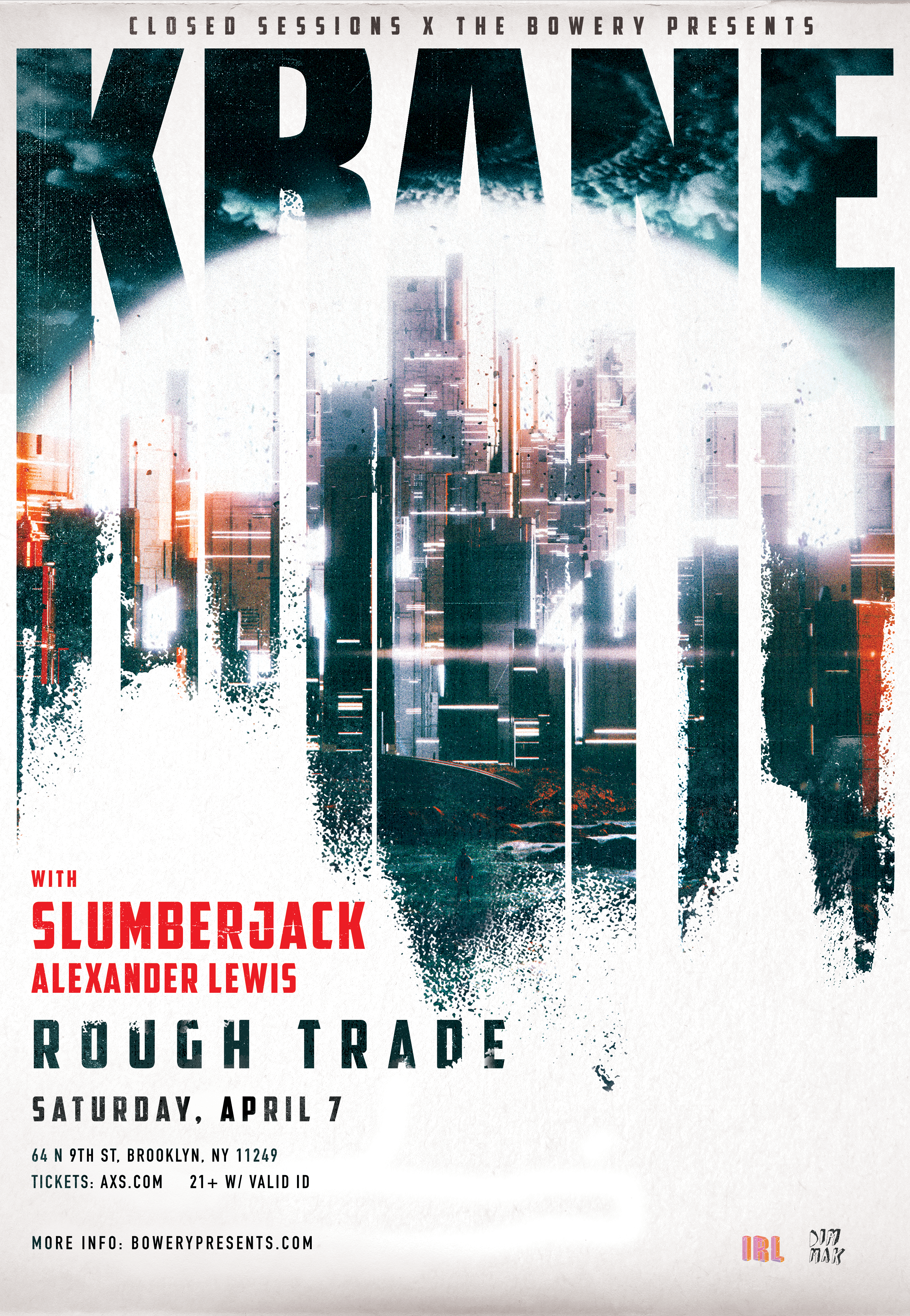