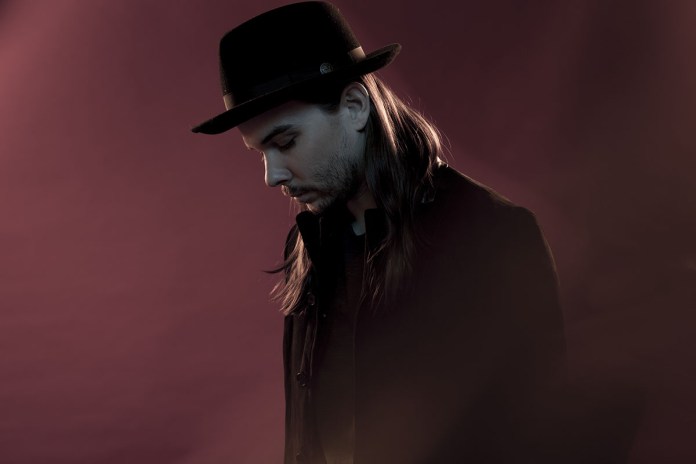 It’s been six years since Jeff Montalvo, better known as Seven Lions, burst onto the scene with “Days to Come” Since then, Seven Lions has established himself has one of the most innovative and diverse producers in the game. From trance to future bass to dubstep, no genre is off limits for Jeff. Few producers are as adept as he is at seamlessly blending all these elements together into one of the most explosive live sets in the game. We sat down with Jeff at Beyond Wonderland this past weekend to talk about his new record label Ophelia, his most recent track, “Calling You Home,” and the future of Seven Lions music.

Hey Jeff, you have been a very busy man lately. Let’s start off with the record label Ophelia, tell me what it’s been like launching the label and what do you hope to accomplish with it?

“It’s been awesome. It’s just nice to kind of put out music on my own schedule and control all the aspects of it. All the labels that I’ve worked with in the past have always been really good so it’s not like there was any conflicts or anything, but now that I get to control it 100% it feels like I have more ownership over it. Personally I feel it, so it’s nice.”

Tell me about the new single “Calling You Home.” How did it come about and when you have songs like that where the vocals are really important, how do you settle on a vocalist for a song?

“So the track, I wanted to go for more of like an old school Seven Lions vibe, so I went and pulled out my old snare and my old kick drum from ‘Days to Come’ and all that stuff and just started the track. Basically, when I start tracks that have vocals on them, usually I’ll do the whole intro, the breakdown, and right until the drop and I’ll send it to a bunch of different vocalists. Then they’ll work on it and send it back and then I kind of just pick whichever one I’m feeling the most, and then I work with them on it a little bit. So there’s a little back and forth after, it’s pretty rare that I’ll get a demo back and be like this is perfect, let’s print it.”

We’re a couple of months out from your new Chronicles Show that will be debuting in Seattle. I know art and storytelling are a big part of the Seven Lions experience. Tell us about your vision for this and what kind of work goes into planning a show like this?

“The first time it’s a lot more work than I had ever imagined, but I have a really good team that’s managing it all very well, and a lot of people are going above and beyond what they would normally do as their normal job and making it happen. And working with USC [Events] is the best possible partner for the first one. Because it’s very rare to go into a meeting with a bunch of ideas and have everybody just nod and go yeah we can do that. You know what I mean, that just doesn’t happen. It’s usually like, well we can think about, and there’s always this that’s going to happen, you have to think about that. But generally USC it’s like, yeah, that’s happening, which is really amazing.”

You also debuted “The Observatory” last year. When can fans expect Episode 2 and when will we find out more about its place in the Seven Lions universe?

“I’m working on it right now, actually. I’ve got like an hour-fifteen, maybe, and I’m trying to make it at least an hour-and-a-half. I’m trying to aim for between an hour-and-a-half and two hours, so it’s getting close. I’m still just finding cool songs to add to it. But, generally, the set is pretty much where I want it, but I just need to spend a little more time on it. It’s hard to split time between working on a DJ set or producing music because my heart is really in producing music, but I do understand the value, and I like listening to DJ sets, so it is kind of fun, but that always feels a little more like work as opposed to working on music is just natural.”

You’ve already accomplished so much in just the first 2 1/2 months of the year, what more can fans expect from you this year?

“Yeah, there’s going to be a lot of stuff for sure, there’s a lot of songs in the works and I’m pretty excited about this year. I’m trying to get a least one big piece of content every month or two, either an Observatory mix or a new track. And that’s the thing with running my own label I can finish something and be like, let’s put it out, which is really cool. So, yeah, lots of stuff this year. Thanks for the support and looking forward to 2018, it’s going to be good.”

Get your tickets to see Seven Lions bring Chronicles Chapter 1 to the WaMu Theater in Seattle in May here.