Skrillex May Be Producing for BROCKHAMPTON’s New Album

Skrillex has one of the most successful careers in all of EDM. Not only has he released legendary songs under his own name and under Jack Ü, he’s produced for many huge artists. He has produced for Justin Bieber, Ellie Goulding, Big Grams, Ty Dolla Sign and more. Now, he may be producing for one of the hottest groups in hip-hop.

Hip-hop group BROCKHAMPTON posted an Instagram story of Skrillex working with them. The screenshot is captioned with “PUPPY,” the name of the upcoming fourth album from BROCKHAMPTON. Those two clues hint at Skrillex potentially producing at some capacity for PUPPY, whether that be in the form of a full-fledged collaboration or just production help. The story pictures Skrillex next to Romil Hemnani and Jabari Manwa, two of BROCKHAMPTON’s producer members. Since Skrillex is experienced with producing hip-hop, we hope this hint materializes into something come PUPPY’s release date.

Look at the screenshot below: 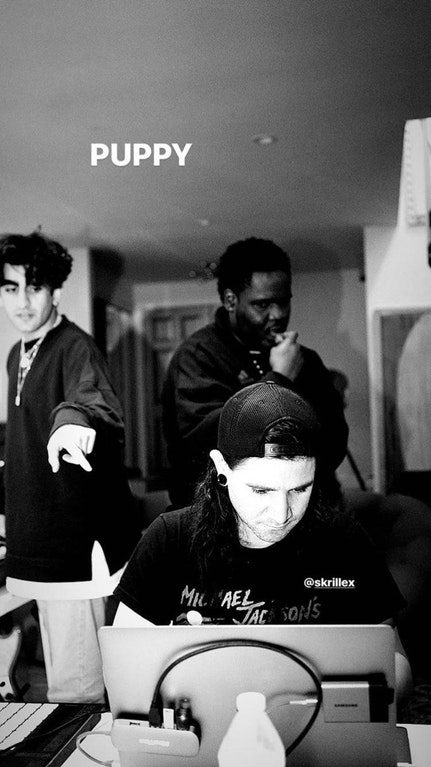