Kygo dropped his incredible Kids In Love album last year, and at last North America is finally getting to experience the album live! After touring Europe to kick off 2018, Kygo is bringing “Kids In Love” stateside with a brand new stage and performance the likes of which you’ve never seen before. This of course follows the wild success of his biggest hit yet, the 2017 release “It Ain’t Me” with Selena Gomez.

The tour kicks off in Seattle on April 10, which is sure to be an epic show – tour debuts always are. The two-night stay at Berkeley on the tour is next up, also sure to be a phenomenal experience. Kygo is bringing with him two perfect special guests for the tour, too. For the Seattle debut, fellow Norwegian and rising EDM star Alan Walker, perhaps best known for his his hit “Faded,” will be tagging along.

On the second half of the tour, starting in Montreal, rising hip hop icon blackbear will feature as the special guest. He released his album cybersex last year to mass appeal, and he’s sure to bring a unique flavor to the tour that fans of Kygo’s melodic work wouldn’t normally be exposed to.

In the middle of the tour, Kygo will also bring his live show experience to Coachella on April 13 and 20 on the Friday of each weekend.

With plenty of new music to feature and an enhanced production, this is Kygo’s most ambitious tour yet. Tickets for all shows are on sale now, and they will sell out, so be smart and get them now while you can.

Watch the recap below of Kygo’s recent European tour and try to not let your jaw drop; he’s bringing all that intensity and musicality to the US in just two weeks.

Listen to Kids In Love and see all available tour dates below! 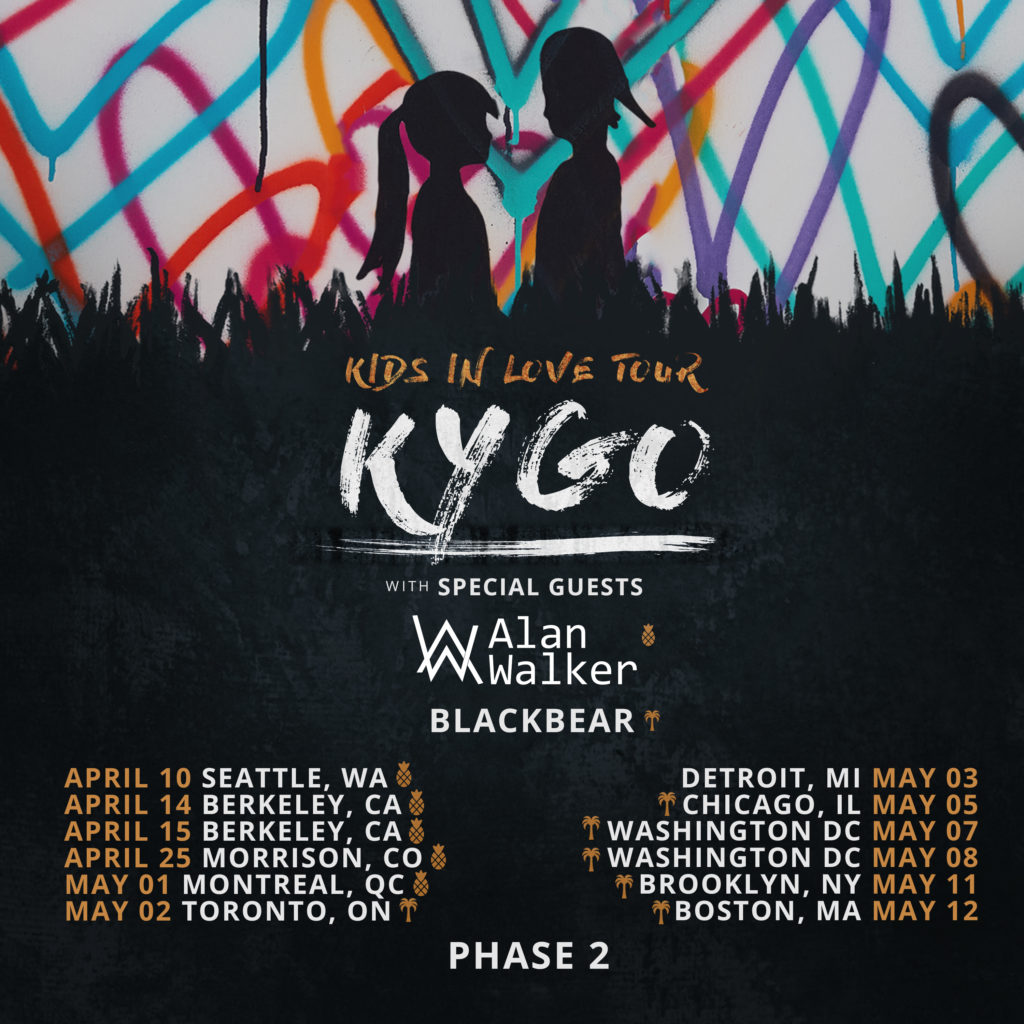