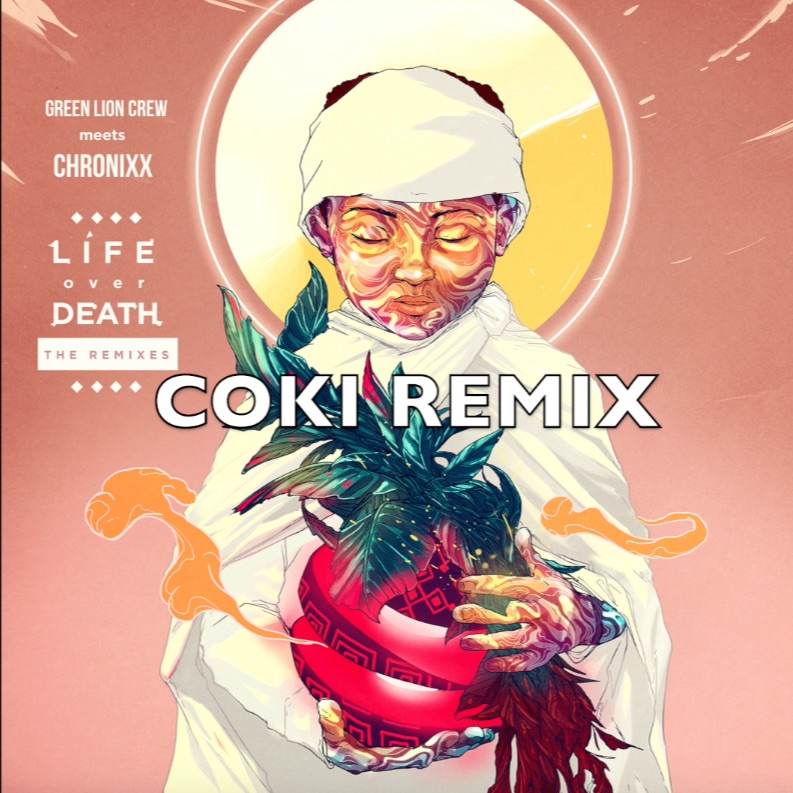 Your EDM Premiere: Coki Puts Dubstep Into Dub With Remix of Chronixx’s ‘Life Over Death’

Any junglist or drum and bass head worth his or her salt should really have working knowledge of dub and ragga dub. They are, after all, the progenitors of jungle, drum and bass, dubstep and really all bass music. As jungle and other dub-based bass music has been coming back in a big way this year, it’s always good to pay homage to the original dub slayers and the artists who have been holding it down in this genre. Its spotlight from the EDM scene may not have been shining as brightly over the last decade but it’s always been there. So, as dub picks up steam again in EDM, collabs like the one with Coki on Jamaican dub artist Chronixx’s forthcoming EP of remixes for his track “Life Over Death” will become pretty important, not to mention popular as festival season approaches.

The most ready-made-for-EDM remix on the release is the one by Digital Mystikz member, dubstep producer  Coki. The UK-based artist is known for his chill dub mashups and his obvious love of dub reggae, so he’s a great candidate to take on this crossover. Coki’s remix of “Live Over Death” does a great job of preserving the dub feel of Chronixx’s original, especially when it comes to the drums. The snares specifically channel the old school dub snares that truly cannot be replicated and give a solid answer to the question “where did trap snares come from”? Look no further, trap kings and queens; it’s right here.

Arrangement-wise, Coki makes sure that Chronixx’s vocals are front-and-center, so this very EDM-driven remix plays like a pop song, making it sort of a double-crossover. The dubstep beat and bassline sort of take a back seat in that sense, but they’re still very much there. This track thus ticks quite a few boxes genre-wise, and fans will likely see it showing up as a break song at many a festival this summer.

Chronixx’s forthcoming album of dub remixes will be important as the interest in the roots of bass music continues to swell with the resurgence of jungle’s popularity in 2018. It’s only natural that this also pertains to dubstep and trap, and artists like Coki will continue to make sure dub is there any ready when the EDM fans come looking.

The Coki remix of “Life Over Death” will release this summer along with the other remixes of the track on the Chronixx EP. Check out both Coki’s and Chronixx’s SoundClouds for more details.