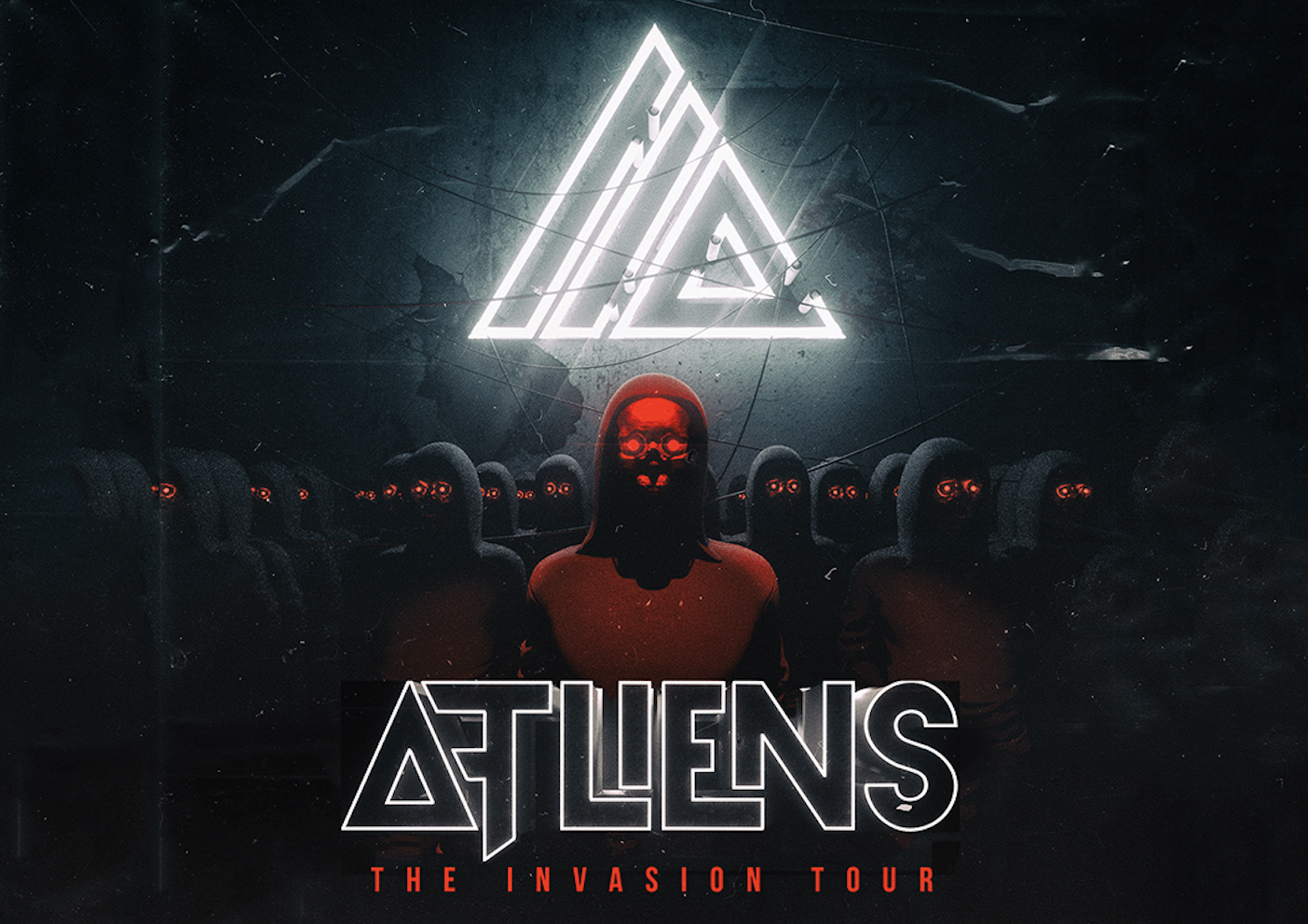 ATLiens have been on a rapid rise this year and the momentum just keeps growing. The incognito bass duo released their debut Invasion EP early 2018 with their major singles “Malfunction,” “Witch Doctor,” and their hit single “Interstellar” that made its way to Radio Rotation on Sirius XM’s Diplo Revolution. It’s easy to say ATLiens will be growing even bigger in 2018 and beyond.

ATLiens have been teasing a North American Tour the past few weeks, tweeting and posting “An Invasion Is Coming.” and it is finally here – they have announced 20+ dates across United States and Canada for their “Invasion Tour,” playing festivals like Global Dance Festival, Dancefestopia, Das Energi, along with many iconic venues. Not to mention, ATLiens are bringing on Special Guests all the way through including Eliminate, Jameston Thieves, Carbin, G-Rex, YDG, and more. In a private statement with their team they mentioned “this is just the beginning. We plan on announcing a Phase 2 along with a ton more music, merchandise, and some exciting surprises.”

I think it’s fair to say get your tickets early because… An Invasion Is Coming.