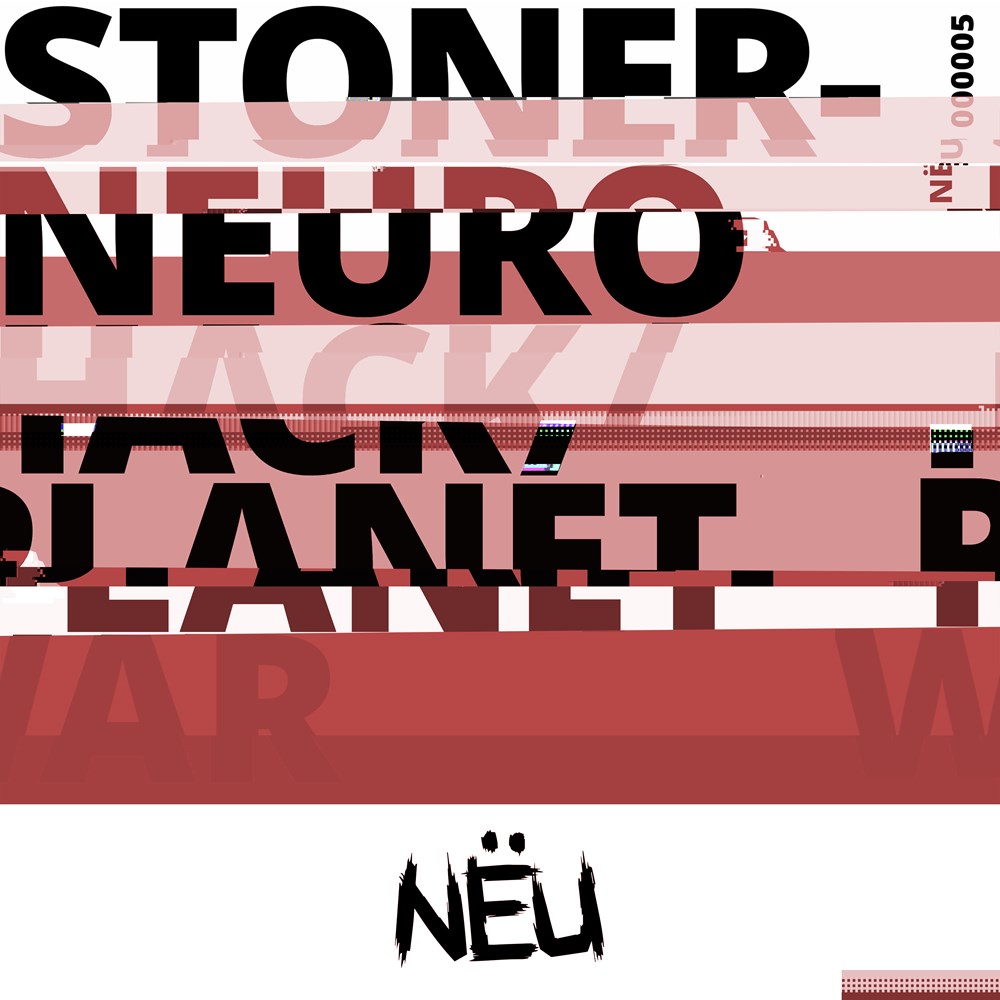 Your EDM Premiere: NËU005 Is Streaming Now As Stoner and Dottor Poison Welcome Us to ‘Planet War’

NËU is releasing its fifth dual single since the German neuro princes known as Misanthrop and Phace transitioned the label from Neodigital last year. This time the release is from Stoner, yet another of the recent rash of promising producers out of Italy. The first of the two singles called “Neurohack” is a clean, classic-sounding neuro track and was released for streaming on May 15. The second track “Planet War,” however, is an entirely different box of cheese.

There’s a recent phenomenon that’s been happening in neurofunk has been sort of evolving from the beat structure of the subgenre for a while now seems to be really coming up strong in the last year or so, and that’s the characteristic DnB kick drum syncopation disappearing. The part of the beat measure that lands on the 2 and 4 beats has been getting more and more slight in neurofunk, but some producers are choosing to take it out altogether, to very mixed reactions. DnB and neurofunk purists, of course, aren’t thrilled, but many fans like the new structure as it still retains all the other elements of neuro but with a sort of implied kick that can actually be exciting and allow for even more sound design. Also not least, it can also be much more easily mixed with other EDM genres while maintaining its speed and grit.

“Planet War,” it should be stipulated, in no way claims to be neurofunk, but it’s probably closer to neuro than any other subgenre. Stoner collaborated with fellow Palermo producer Dottor Poison on this track and it seems based on history when these two get together, they tend to lean towards the afore-mentioned “disappearing kick” camp. They seem to take it even farther with this track as well, making sure that the kicks are replaced by a rolling bass in the intro that doesn’t even really give the listener time to miss them. The same is true after the very minimal first break, where the beat seems to syncopate itself with no off-beat kick needed. What’s left is essentially entire one-minute segments that would normally be a very brief section of the breakdown on a typical DnB track composing the meat of this track, and they also happen to be snares. What a way to turn neurofunk on its ass.

If that wasn’t enough, alternating with these highly mind-scrambling segments is an almost typical-sounding drum and bass track with the faintest of kicks. There is no transition between the two, and so these opposing beat structures flip back and forth between each other, resulting in what sounds like a battle between beats. Talk about sound design as a way to keep the listener awake; the only way audiences will get bored with this track is if they get dizzy and pass out from all the beat-flipping. Not that more is needed after that, but the duo managed to also insert a bunch of ornamental jazz triplets, phrase-interrupting syncopated snares that sound like gunshots and a whole synth intro and interlude that sounds like it belongs in Tron the Reeboot. Uncle! We give up already.

It’s pretty clear to see why NËU picked Stoner and Dottor Poison for their fifth release; these crazy Italians are really onto something. Exactly what they’re doing may be unclear to neurofunk and DnB at large, but as that debate rages on innovators like Stoner and Dottor Poison will likely continue to push the few boundaries that are left in bass music and smart labels like NËU will be happy to release their amazing beats. Stay tuned, it looks like 2018 is just going to get wilder in DnB with artists and labels like these.

NËU005 will be out in full on this Friday, May 25 but can be  pre-ordered here. The streaming version of this release’s a-side, “Neurohack” appears below.