Cedric Gervais Called Out For Allegedly Ripping Another Producer’s Track

Solidisco hit gold in 2013 with their remix of The S.O.S Band’s “Take Your Time.” The groovy bassline and absolutely addictive lyrics were ripe for an EDM remix, and Solidisco gave fans what they didn’t know they needed. The song is now in the limelight once again, though this time for some less savory reasons.

One half of Solidisco, DSTAR, is now calling out Cedric Gervais for his new song “Do It Tonight.” Listening to the two songs back to back definitely sounds like Gervais’ version is nearly identical to the original remix by Solidisco. In the video released by DSTAR, he also shows evidence of a conversation with Gervais on Instagram. 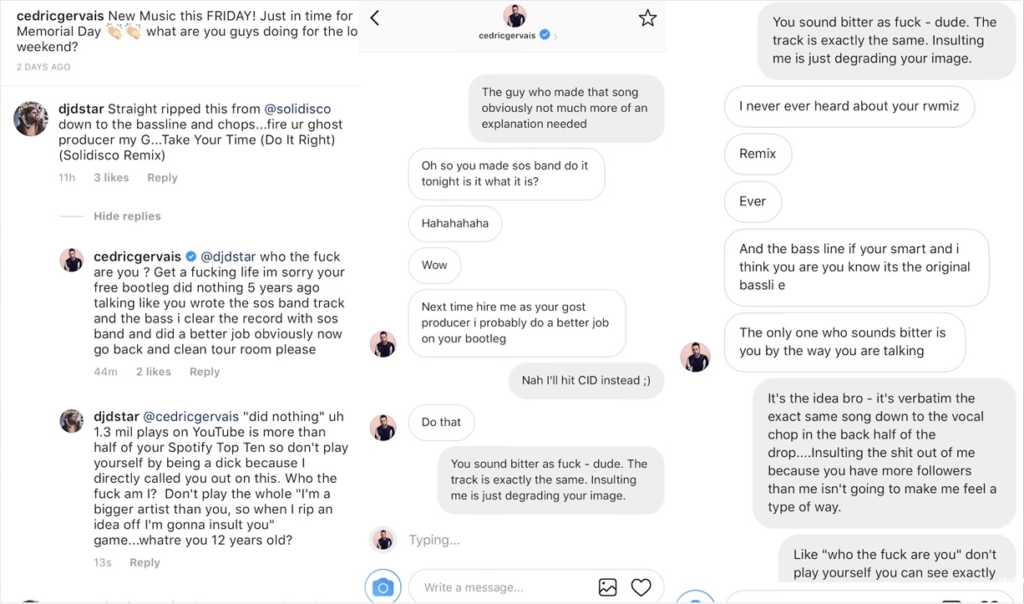 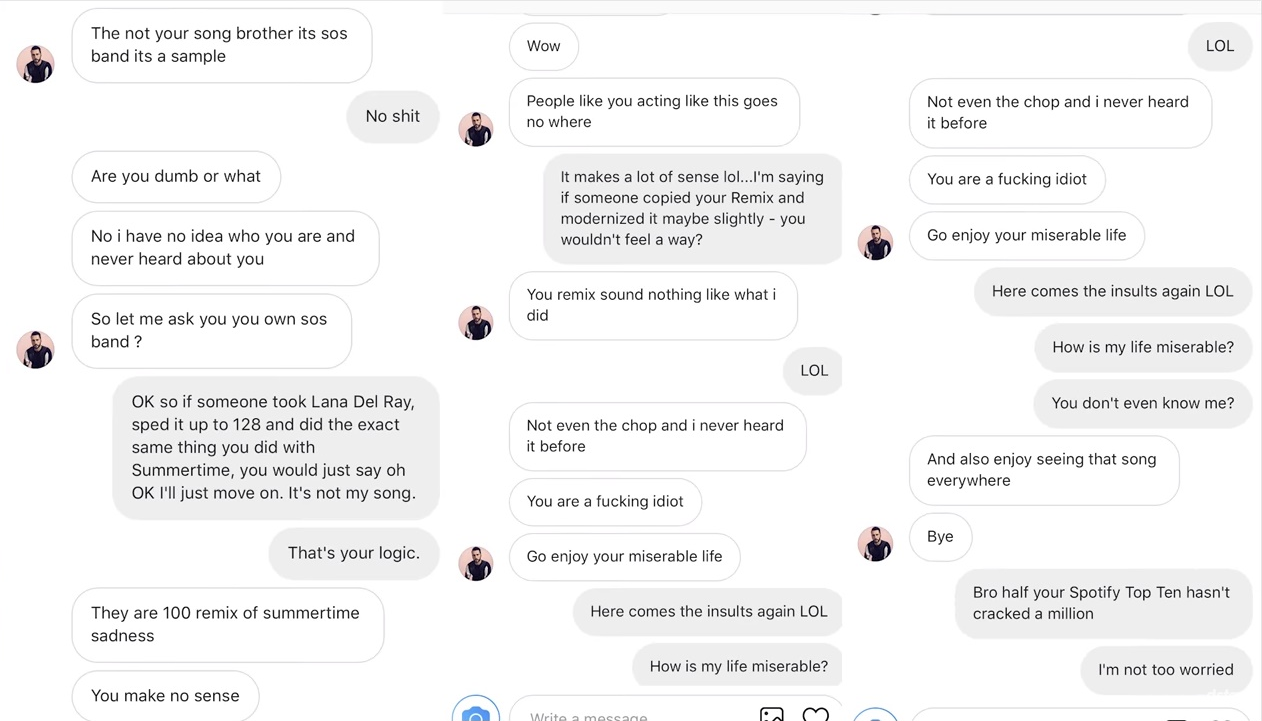 DSTAR called the tone of Gervais’ messages the “reaction of a guilty conscience.”

We reached out the Gervais’ management who told us that they officially licensed the samples for his new track from The S.O.S. Band, whereas Solidisco technically made a bootleg. The bassline and vocals on the two songs are extremely similar, yes, but they’re also quite similar to the original song, as well.

If there’s anything to be said about Gervais’ new song, it’s that he really didn’t do much to change the original.

Gervais offered this statement exclusively to Your EDM:

“I’m a huge fan of The S.O.S band and wanted to do a new version of this classic track, so I asked my manager and record label if they could look into clearing the sample through the appropriate channels with the writers, which they did. We sent the version we created to have signed off which was accepted, by the original writers, original creators and their publishing company. We had the entire sample replayed by musicians – the bass line, which I’m being accused of stealing, is actually the original bass line of the S.O.S record which we’ve simply replayed, which as I’ve mentioned we have approval on. When I remix songs or use a sample I know there are always other versions of that song that will exist. I had never heard of this other version, which I’m being accused of plagiarizing, until after we had delivered my single. We have the legal rights to use this sample, we went through the correct channels to make this happen. It seems that this producer did his own version of the S.O.S record which is fine, but I did not steal their work and any allegation otherwise is simply untrue. I’m sorry this person feels so aggrieved, but I’m pleased to have had the opportunity to explain my side.”

Watch DSTAR’s video below and listen to Cedric Gervais’ new song “Do It Tonight” and Solidisco’s remix to decide for yourself.