From First To Last, the post-emo hardcore band fronted by Sonny Moore, made their grand return last year with “Make War,” reuniting the old band and getting Moore to sing once again. Sonny Moore, of course, is the real name of one of our favorite producers, Skrillex.

Since January 2017, the band has been relatively quiet, at least not releasing any new music. But a new post from Skrillex on Instagram points to some new, free FFTL music in the near future.

The screenshot of a group text points to a new song called “Surrender” that they want to put out for free to the fans. Matt Good, vocalist and guitarist for FFTL, says, “Yea that would be dope. A lot of sad kids would be really stoked haha.”

No word yet when exactly “Surrender” will drop, but it seems like we could expect it any day now! 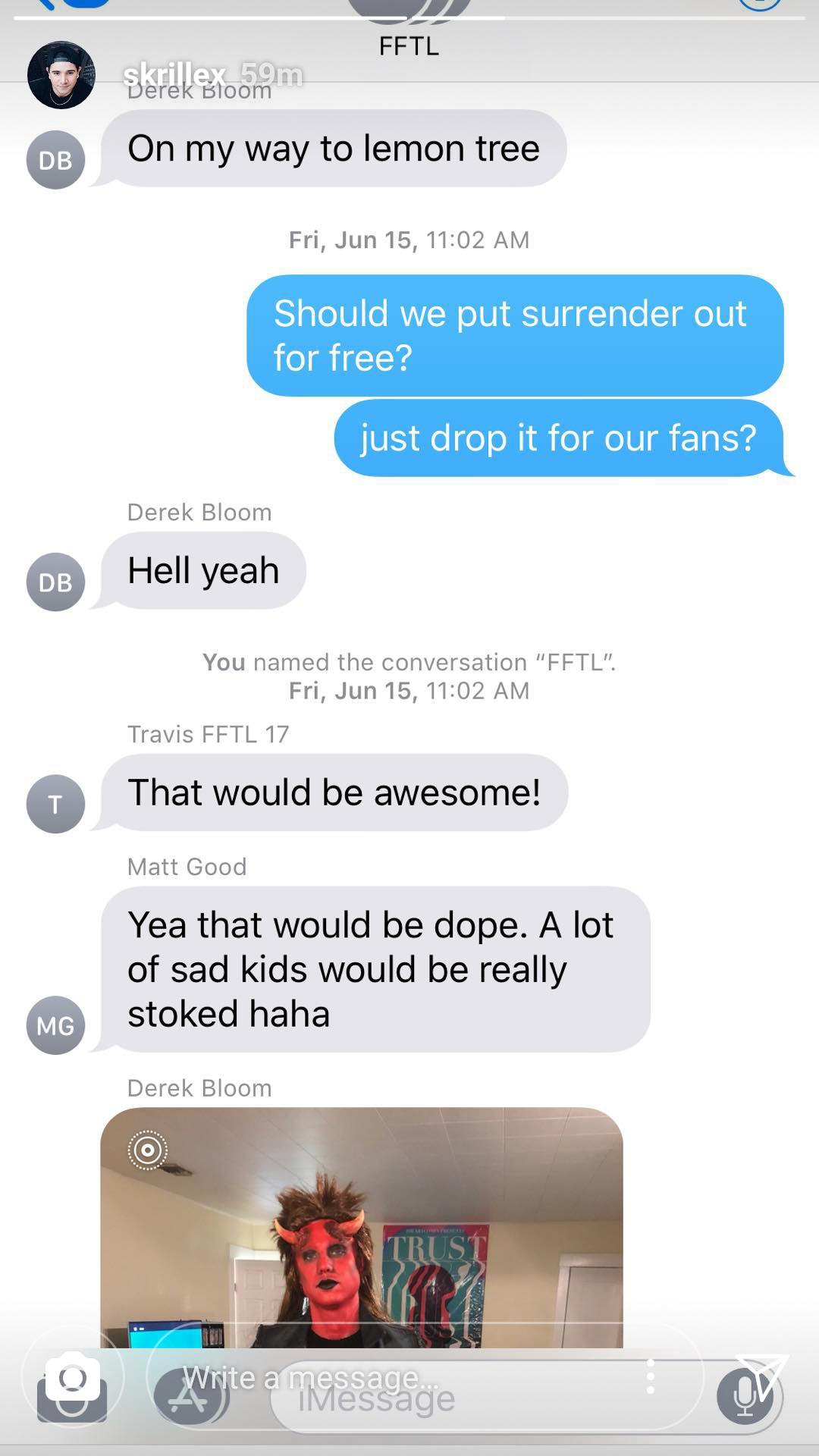 Justice Release New Track From Their Next Live Album

Justice Release New Track From Their Next Live Album