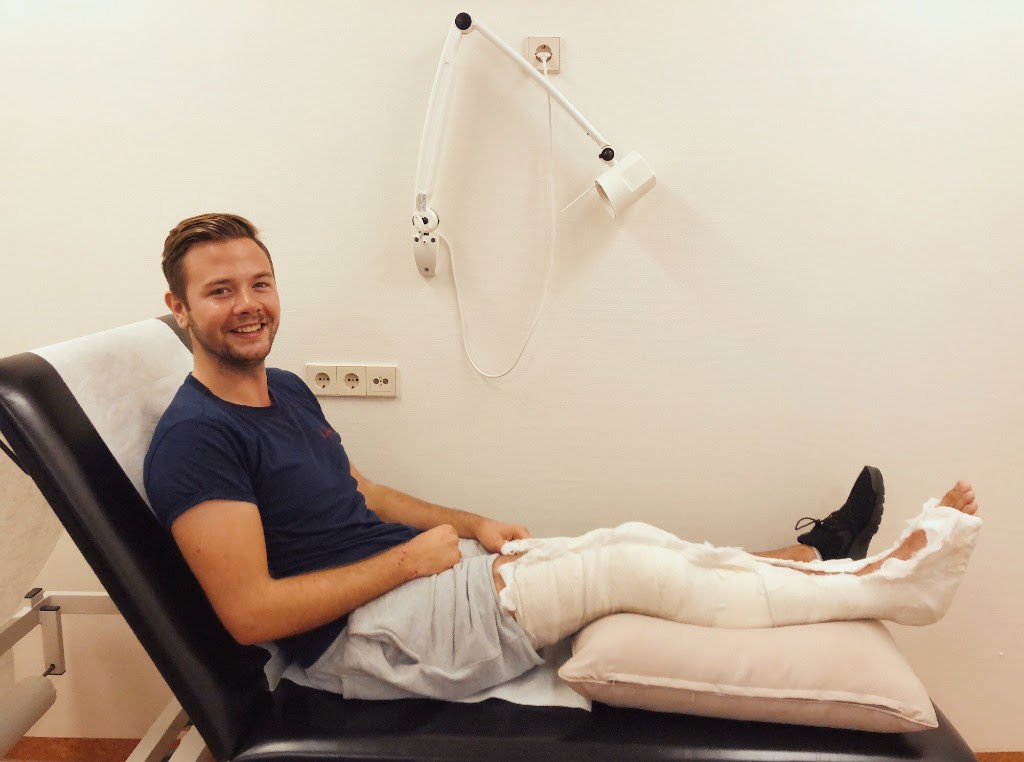 Last week, we reported that Sam Feldt had been in a scooter accident that left him in the hospital with a broken knee and other bones in his right leg. Due to the injury, he was forced to cancel an upcoming appearance at Indian Summer Festival in Noord-Holland. At the time, we also wondered how his injury would affect his later summer tour dates. Now, via a press release, it’s been revealed that Feldt will be cancelling all further shows this summer.

On July 12, Feldt will have surgery followed by at least 6 weeks of needed rest and rehabilitation. Due to these injuries, Sam Feldt won’t be able to perform during his 2018 Summer tour and therefore has cancelled all of his shows for the months July and August.

It was going to be a full summer for Sam Feldt with festivals like Tomorrowland (mainstage), Parookaville, Sziget, Sensation Bangkok, Nature One, and Black Sheep Festival scheduled. The festivals will release separate statements as to who will be replacing Sam on his slot accordingly. Music releases that were scheduled to come out won’t be affected by the accident.

In the statement to his Heartfeldt community he released the following statement:

Thanks for all the love and support – as you might have noticed I have been off the radar for the past week to rest and to process what has happened. Your kind words and wishes really helped me a lot. I just came back from the hospital and received some more info from the doctors.

Unfortunately, during my recent scooter accident I sustained a tibial plateau fracture, which is a nasty break in the upper part of my lower leg. I need surgery to be able to heal properly, which is scheduled for Thursday July 12th.

After surgery, at least 6 weeks of rest and revalidation are needed. Therefore I’m very sad to announce I won’t be playing any of the announced summer tour dates up until the 23rd of August. I’ll keep you updated about my surgery and recovery and when there is news to share you guys will be the first to know.

I can’t put into words how sad I am about cancelling these shows and the whole situation. I am deeply sorry to all my fans that were looking forward to seeing me and the band live. Me and my team are working really hard together with promoters to reschedule the shows to a later date.

All I can do now is take my rest and hope for a smooth and good recovery. I can’t wait for the moment to rock on stage once again!