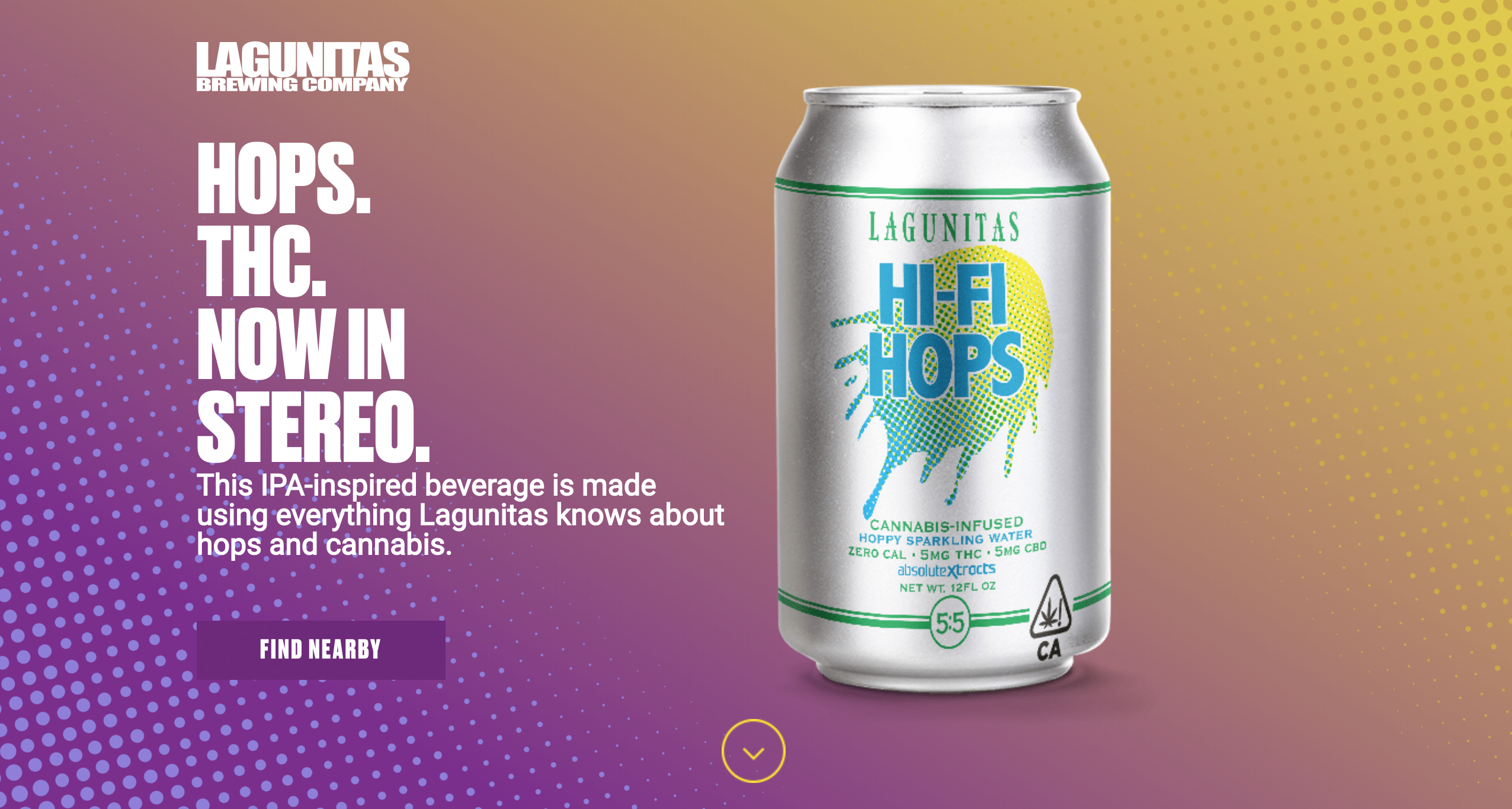 Heineken’s Lagunitas brand is the newest company to dive into the cannabis industry. Their latest brew “Hi-Fi Hops” contains absolutely no alcohol, but is rather made with THC, the main psychoactive component in marijuana.

The company is branding the new beverage as “hoppy sparkling water” and is made to taste like regular beer, giving cannabis users an alternative social drink.

This follows suit with the latest trend of larger established companies jumping into the marijuana industry, according to Business Insider. Not only have they released a THC brew, the “beer” is available with CBD, the non-psychoactive cannabis component that can be helpful with pain and anxiety among a list of potential health benefits. Business Insider reports that the CBD industry is worth roughly $1 billion.

The THC version of the drink contains 10mg per can, the recommended starting dose for most edibles. The second “hybrid” version contains 5mg of THC and 5mg of CBD, and is crafted to have a more relaxing and subtle effect.

The brew recently launched on July 30th and is only available in a few California dispensaries, where marijuana is now legal. The drink runs for about $8 for a 12oz can which is in line with other specialty drinks, but the catch is you can’t drink them at a normal bar like you would a “traditional” beer.

The move by Heineken is strategic as marijuana becomes more mainstream, and could potentially save the “struggling beer and soda industry.” According to Business Insider, the cannabis industry is expected to reach roughly $75 million in sales by 2030.

Business Insider visited a dispensary in Oakland, California where they tested the drink for themselves. They noted the special cans the company has produced, including a safety lid that isn’t necessarily easy to open, but can be resealed for travel and multiple consumptions.

You can find more about the product and where to find the new beverage here.