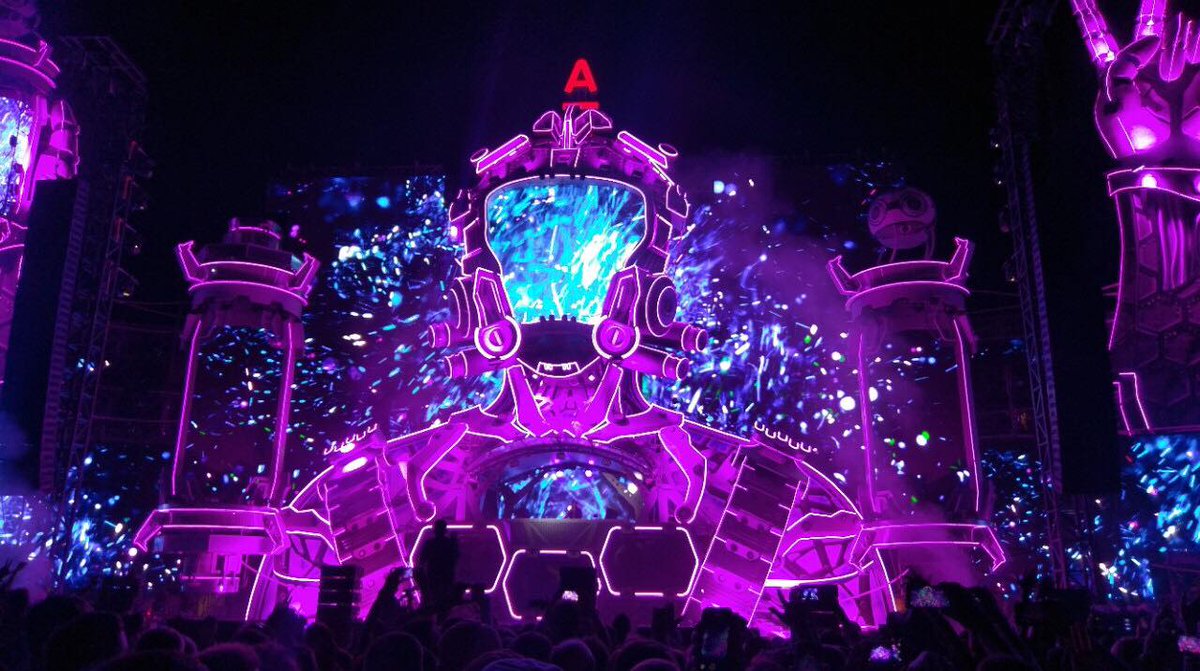 Russia’s Alfa Future People Festival has a history of creating some of the most visually stunning main stage designs on the festival circuit, and this year’s event was no different. Rather than go for the vast, sprawling stages of EDC with a centerpiece, or the variety of configurations you can make with LED panels á la Ultra, AFP creates a stage around a central theme and builds out from it. This year’s theme seems to have been knighthood, similar to Middlelands’ stage from 2017, with a helmeted knight in the center surrounded by a variety of towers.

Of course, the stage looks even better at night when you can see all edges of the stage are outlined by LED strips that light up and glow to create an otherworldly spectacle. You can see below a few examples during Tiësto’s set at the festival.