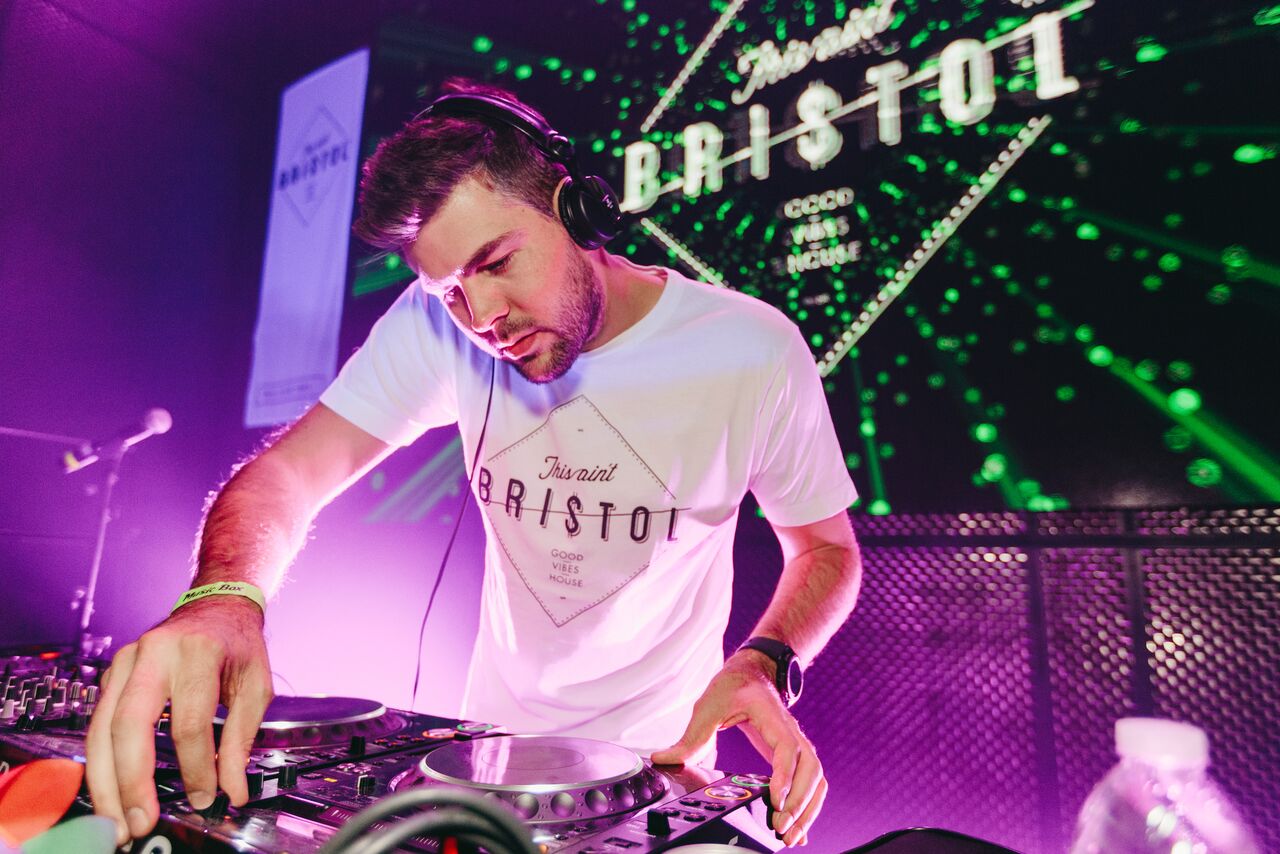 Kyle Watson recently brought his multi-dimensional productions to Shambhala Music Festival in British Columbia, where we were able to experience his stunning live show in one of the most raw and beautiful festival settings on Earth.

Just before he hit the stage, we caught up on music, happy tears, inspiration — and best of all, his new album Into The Morning, which just released as of today. At Shambhala he tested out some of his unreleased material to an enthralled crowed and now we’ve come full circle, as we get to hear the full release as he intended.

Kyle Watson is one of South Africa’s biggest dance music exports, with a strong following of loyal fans spanning the globe. Whether you’re in a small, sweaty club in the heart of the USA or a 15,000-strong open air festival in Brazil, you’re likely to hear one of his records played out.

Releases on dance music’s biggest record labels, from Ultra to Atlantic, Dirtybird to This Ain’t Bristol, have helped evolve his craft into a unique style of forward-thinking house music that blends the dark with the light, sweeping melody and musicality effortlessly amongst the grit and energy of a raw bassline.

Those qualities ring true with this new album, as Into The Morning captures that sweet spot in time through a blend of genres and Watson’s own personal experiences in studio. Listen right here and read up on the mastermind producer below!

Kyle Watson – Into The Morning

Happy Shambhala! Is this your first time?

This is my first Shambhala and my first time in Canada even. Just got here 30 minutes ago. Feeling good! Ready to smash it! I can’t wait to see the Pagoda stage. I’ve heard amazing things about it.

When did you first fall in love with dance music?

It was probably when I was about 12. In South Africa, they used to have these dance music compilations and once I got my first one I just kept buying them. Then, I found the Dirtybird guys and from there it kind of all took off.

Is that when you knew you wanted to be a DJ?

I actually never really wanted to be a DJ to be honest. I’ve been writing music for over a decade, easy — 15 years or so. I never really ever thought about DJing at all. But, obviously, the kind of music I was making and listening to at the time, it just came from there. Now, it has taken over and it’s addictive. That feeling that you get playing your music to a bunch of people is a really special feeling — can’t really get that from anything else.

Do you remember the last song that brought you to happy tears?

It was in South Africa, I did sort of a tribute show. Basically, I played an extended three-hour set of all my music that I’ve been making over the last 10 years. When I played my last track it was “Solace.” Yeah, at that moment everything kind of came together and it was a super emotional moment. It was the only time I ever shed a tear while I’ve been playing, at that moment.

Which brings me to my next question — how do you make your productions sound so pretty?

I have a background in music so I’ve learned about classical music and scales and everything. So, when I write my music I do incorporate that musicality into it. Using that musicality and that knowledge you can make people feel things. As opposed to just drawing in notes on a sequencer. I think that’s really where the emotion comes from.

Is there an artist that has inspired you the most?

Probably the most influential, who got me into it was Switch from LA back in the day. There was a whole movement of fidget house and Switch was kind of leading it. He was making this left-field, weird house music that I liked straight away because it was different from everything else. He was probably my biggest inspiration.

Name someone in dance music you’re dying to work with, and someone else more outside of that realm?

Within dance music definitely Justin Martin is someone I’ve looked up to for a long time. I just love the way he writes and the way he mixes soft elements with that grittiness. I think he’d be awesome to work with in the dance music industry.

I think, Flume. I don’t know if you can really call that dance music. Suppose you could, but I’d also love to work with Flume. I think he’s incredible. The techniques and everything that he uses are just mad!

Tell us about your new album…

The album is called ‘Into The Morning’ and it’s not only house music, it’s a whole bunch of different stuff. I’ve kind of experimented with hip hop and other genres. I’m going to be playing a bunch of it tonight. It’s pretty interesting because it’s not just a house record. I’ve worked hard on it and conceptualized from the ground up.

The name ‘Into the Morning’ came from me sitting in the studio and starting work, on a track or whatever, at like 10 at night and working until 2 in the morning. All the tracks were written into the morning hours.