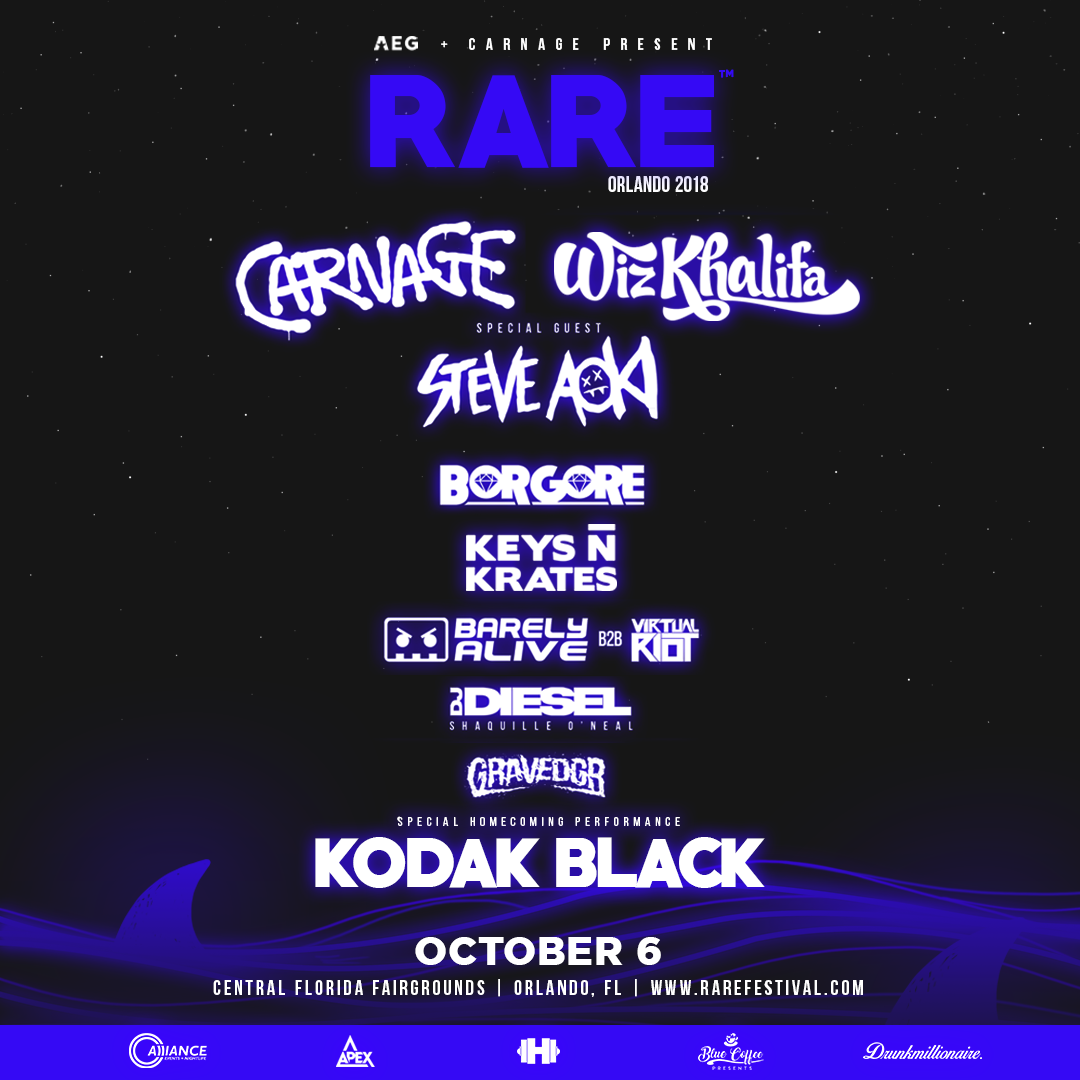 Say what you will about Carnage as a DJ, but there is no doubting his prowess as a festival curator. The notorious DJ/producer is returning with a cavalcade of guests, bringing the latest edition of his RARE festival to Orlando on Saturday, October 6. Carnage will be co-headlining the event along with Wiz Khalifa. The legendary rapper shared co-headlining duties with Carnage at the most recent RARE in Southern California earlier this year. On top of that, Carnage will have two special guests, first is a DJ who would be headlining any other show in his own right, the one and only Steve Aoki. Rapper Kodak Black will also perform a special homecoming set.

From there, the lineup will have bassheads salivating; Borgore, Keys N Krates, Barely Alive B2B Virtual Riot and GRAVEDGR, the first signee to Carnage’s own Heavyweight Records. As if that wasn’t enough star power, the lineup will be rounded out by none other than the Big Aristotle, the Hall of Famer, Shaquille O’Neal AKA DJ Diesel. Shaq & Friends will also be taking over the official on-site after-party. There’s no question that Shaq has a special bond with the Orlando area. The Orlando Magic drafted him first overall in the 1992 NBA Draft. From there Shaq won Rookie of the Year, took Orlando to the 1995 NBA Finals and developed into one of the most iconic entertainers on the planet.

Get your tickets to RARE Orlando at the Central Florida Fairgrounds here. Check out Carnage’s latest album, Battered, Bruised & Bloody below.