ZHU has been teasing it for a while, but now we know: his new album RINGOS DESERT is coming out next week, September 7, with seven new songs in addition to the songs already released on RINGOS DESERT, PT 1. The news comes via Apple Music where the album is now available for pre-order.

The new tracks chronologically follow the seven from PT.1 and include the collaboration with Majid Jordan, “Coming Home,” as well as “My Life” with Tame Impala. There are also two new collaborations with Karnaval Blues and with TOKiMONSTA. 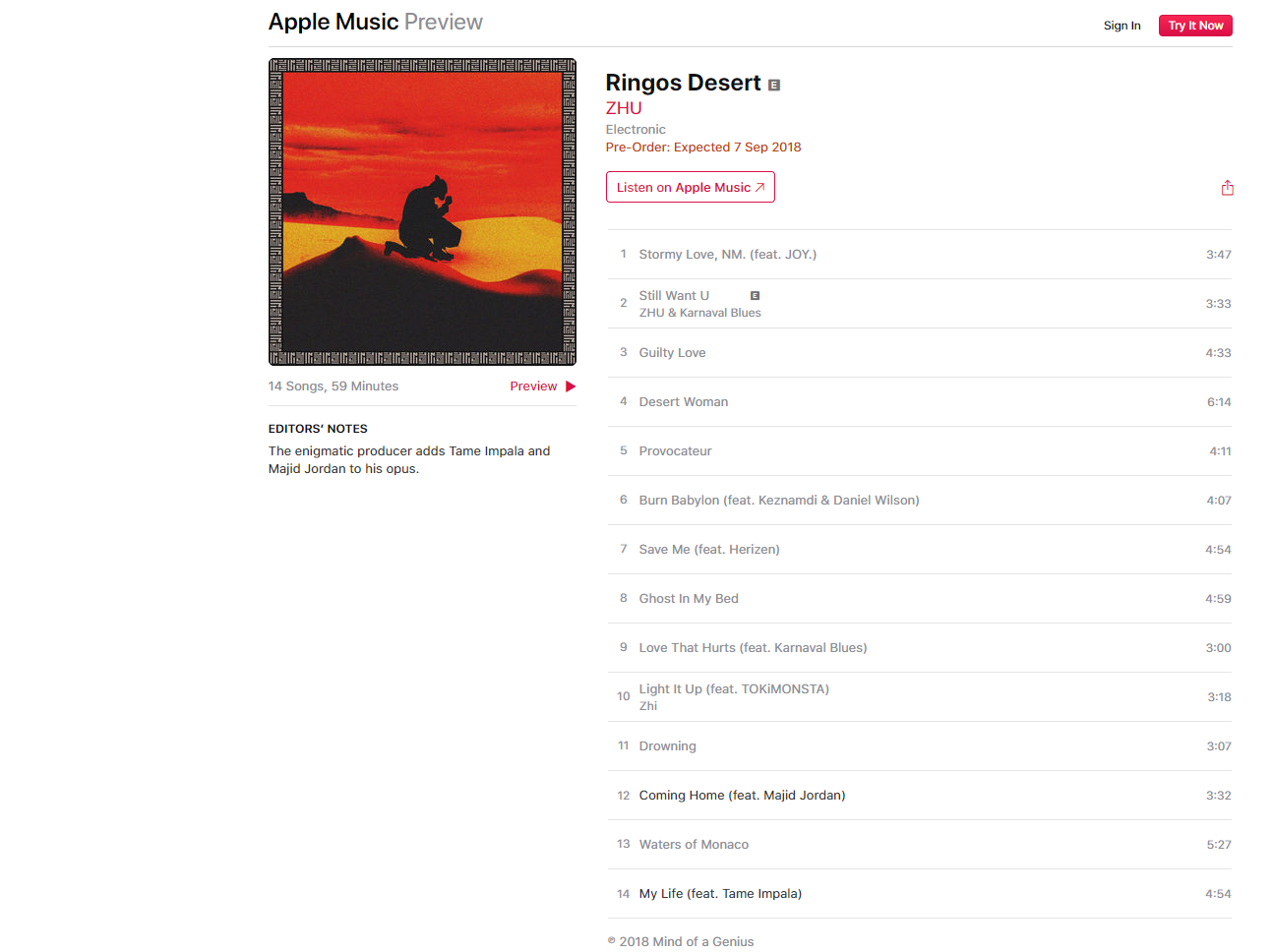 Photo via Brittany NO FOMO