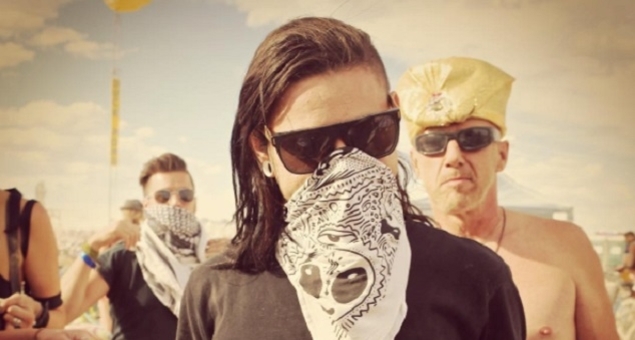 You’d be hard pressed to find a Skrillex fan that didn’t know the OWSLA-founder was in Black Rock City this past week attending Burning Man. The gathering is nothing new for the young producer, whether as a plain attendee or musicians during his stay.

In a unique situation this year, Skrillex went back-to-back with Tokimonsta at Camp Questionmark. We’re not sure who joined whose set, as the two played one right after the other on the night of Wednesday, August 29, but fans clearly saw a once-in-a-lifetime pairing.

So errbodies back from Burning Man, so time to flood the feed. Here’s a cute b2b w @skrillex at Camp Questionmark. #Skrillimonsta

Many fans began rumors that Skrillex would drop new music this week after captioning a photo at Burning Man, “I’ll be back next week.” Rather than the quite searingly obvious meaning that he’d simply just be coming home, some interpreted the state of coming “back” to be in his music.

While we still have the rest of the week, we don’t believe those fans will get their wish.