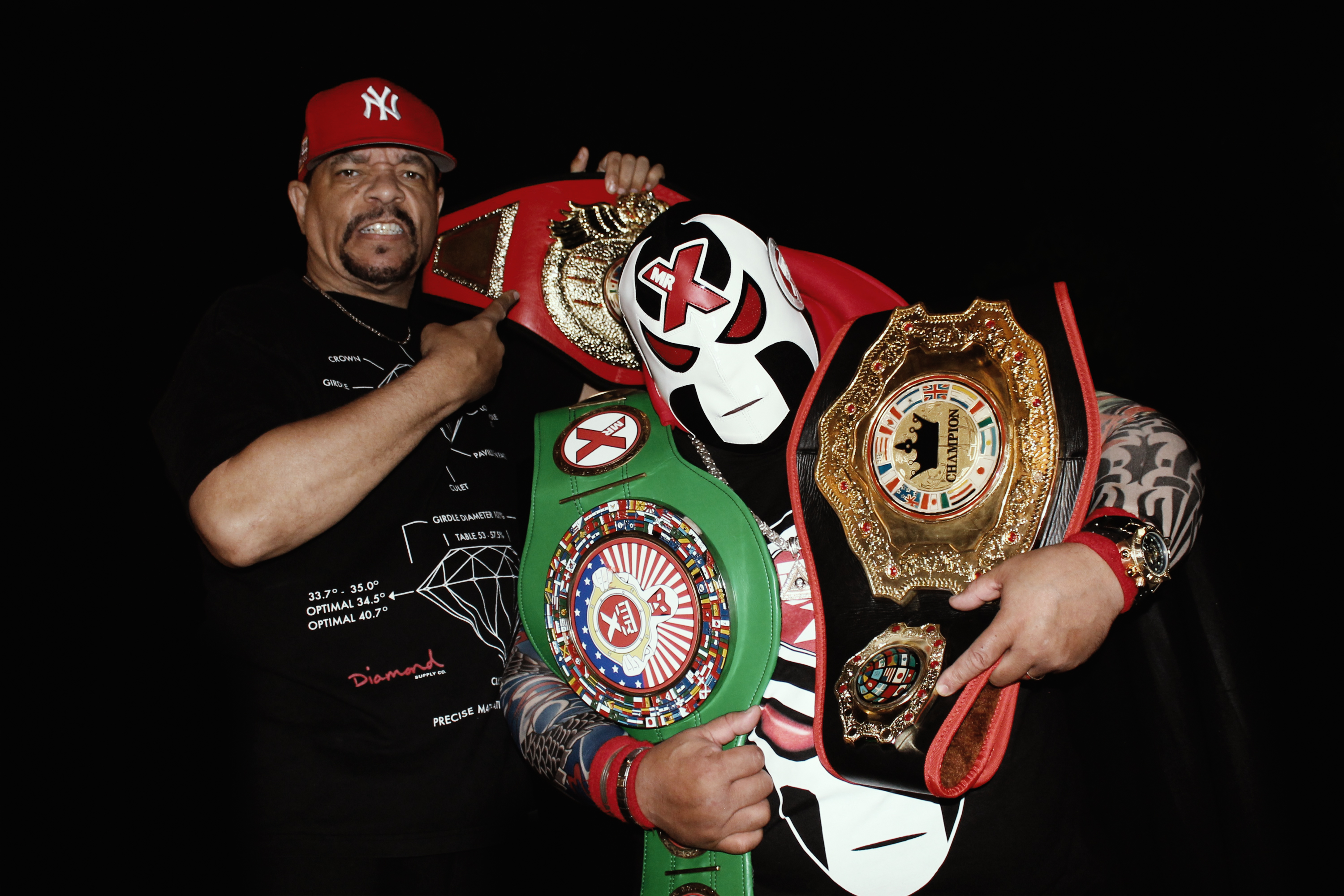 The label just released its first album, Hip Hop DJs Don’t Play Techno, a 12-track exploration of house, techno, and hip hop fusion by MR.X and ICE-T. The two hosted a private event for press in New York City last month to discuss the album and the formation of the label. During the proceedings, Your EDM had the opportunity to sit down with MR.X and ICE-T one on one and ask about how this idea even came to be, what they think of their place among the rest of techno and dance music, and more.

Listen to the album below, and keep scrolling for the full interview!

How did you first become interested in Electronic Dance Music?

Mr. X: When I went over to Germany in 2000 and I started playing with WestBam, who was like the pope of electro, techno in Germany, Low Spirit Records that ran all the Maydays and ran the Love Parade. That’s how I got involved. I stepped on the stage with a million people, saw electronic music culture and fell in love with it and I wanted to stay there and study it for real instead of pretending like I knew it. I wanted to study the DJ’s, study the habit and live the lifestyle. 16 years later I’m coming back to America with my version of electronic music from being a hip-hop pioneer.

What influenced you to create your own label EBE Nation?

ICE T: When X said he wanted to come back to America, we’re friends because he produced my first 3 raps albums. So he came, said I’m already to come back and start spinning over in the states as Mr. X, make some noise. We said the smartest thing to do would be to start our own label so we could put out music whenever we wanted to. I thought it would also be smart to bring some more people in, build the posy, get some creative brains into the studio with us once we touched down in the States. Right now everything is being done out of Islam Studio in Berlin. EBE is in its infancy, we haven’t really signed any new producers, we’re looking at new music right now. We’re trying to pick an elite team so we can pretty much do what we want to do in this business as far as Electronic Dance Music. I am not an expert in Electronic Dance Music, I am just the business guy, I am pretty much the expert with that.

With all the already established techno labels already in circulation, how are you pushing your label as one to release with?

ICE T: I don’t know if we’re pushing it as one to release with, we’re just using the label to put out our music as we see fit. If you’re an artist and you’re looking to be rich, it might not be our label that you want to go for. But then at the end of the day, who’s saying you might not get a hit record over here? This is an experimental label; we’re looking for people that are a little bit out of the box and are trying to do something new, that hasn’t been done, redirect the landscape a little bit.

How did you come to partner on it with Mr. X?

ICE T: Like I said before, Afrika Islam is actually the person that put me in the hip-hop, got me started, got me my first record deal in New York City. He’s been gone 15 years in Europe, doing nothing but playing techno night and day all over the world at Mr. X and Mr. Y. So of course when he comes back to the states it’s my job to return the favor and say what can I do to help you stake your claim in the United States and also create a label. Right now he’s still in your Europe, I have to run this label state side until he comes and lands his spaceship here.

What techno acts influence the sounds you’re trying to push on your own label or are you trying to forge a new path in technology?

Mr. X: I respect all the techno artists that I listen to. I’m really more respectful of the DJs, Carl Cox, DJ Rush, those DJs from Detroit. I’m definitely more respectful for what they’ve done and we’re trying to forge a new path. This is the hybrid label, experimental label, it’s putting different styles of music together in a vision that has not been done before and that’s what this is about.

EDM fans and especially techno fans are quite protective of their music and genres and the scene. What would you say to someone who is thinking, “Man, ICE-T is just following trends” or “ICE T is just trying to cash in on EDM.” How would you put them at ease and earn their trust?

ICE T: They said that with rap when I started rapping out of the West Coast saying you guys are just trying to get involved with the New York scene. Of course, we loved it and we tried to get involved with it and we were successful. They said that with metal when ICE T had a metal band, you’re just trying to get involved with it. This is more me helping my partner who is actually embedded in techno, he’s been doing it heavy for almost 20 years. So for me to say yeah I’ll help you get a record off the ground never said I’m the expert, never said I’m the techno aficionado, never claimed to be that. But I do know how to run a record label, I’ve run a couple labels before. I’m not the A&R on this, I’m just helping someone I know is talented. As far as me just trying to get in, my man is already in and he’s gonna come to the United States and pretty much devastate a lot of the DJs over here that think they can just stand behind a laptop and dance around and throw their hands in the air. He’s actually gonna spin techno music that you’re familiar with and that you’re not familiar with. I wouldn’t be in it if I didn’t have someone that wasn’t an expert and just needed a little assistance. I know good music when I hear it, so beware. I personally love the challenge, I love the non-believers and stuff. I don’t know what else negatively could be said but stand on the side line and watch us do what we do.