LA has no shortage of options when it comes to Halloween shenanigans. And for the last few years, event company Underrated has offered their biannual Minimal Effort festival for all the underground house and techno fans to rise from their (we assume) all black apartments and party. For me, Minimal Effort events (both Halloween and New Year’s) have been a little hit or miss over the years. They’ve had to deal with some tricks: overcrowding, overzealous security, lack of restrooms causing long lines, and some ghoulish patrons peeing in the smoking section. However, with each festival they seem to be learning from the past and I would say this year’s Halloween event held at the Belasco Theater on the 27th was more treat than trick.

The Belasco Theater was the perfect setting for a Halloween party. From the outside looking in, the theater looks tiny and a little bit rundown. This gave the event that perfect Phantom of the Opera-esque creepy vibe. However, once inside the theater is actually very spacious with many different rooms that Minimal Effort transformed for its various stages, as well as an incredible art/merchandise gallery for those in attendance to retreat to while smoking, looking for friends, or taking a break from the intensity of the body heat and music inside. Minimal set up four separate stages utilizing the various levels provided by the theater layout. The gothic decor of the main stage reminded me almost of Disneyland’s Haunted Mansion and set the scene for the tunes of Human Resources, Boys Noize, and Whomadewho. Upstairs, the ballroom held a cornucopia of Dirtybird with Worthy, Christian Martin, Ardalan, and the LA debut of Ardalan’s Ardy Party. The basement held the likes of Nicola Cruz and Audiofly, and the Temple Tuesday stage had the lineup I knew the least about. Unfortunately, I never quite made it to the room to check them out.

Despite Minimal Effort’s rocky report card, Underrated seems to have ironed out the kinks. This year’s Halloween event was a perfect mix of music and wickedness and I didn’t once feel like there was a repeat of any of the past issues I have experienced. If I did have one complaint, it would with the Belasco itself. A little more A/C would definitely have been appreciated because it was incredibly hot inside the venue. That said, I feel pretty comfortable in recommending anyone who is into house and techno to check the next Minimal Effort event. Luckily you don’t have to wait long. Up next for Minimal is their annual NYE event, which is also being held at the Belasco Theater. The lineup includes Sasha, Justin Jay, Layton Giordani, Option4, Skream, Super Flu, Will Clarke, YokoO, Human Resources, Hats & Klaps, Jonnie King, and VNSSA. Tickets for the New Year’s Event can be found on Minimal Efforts website. 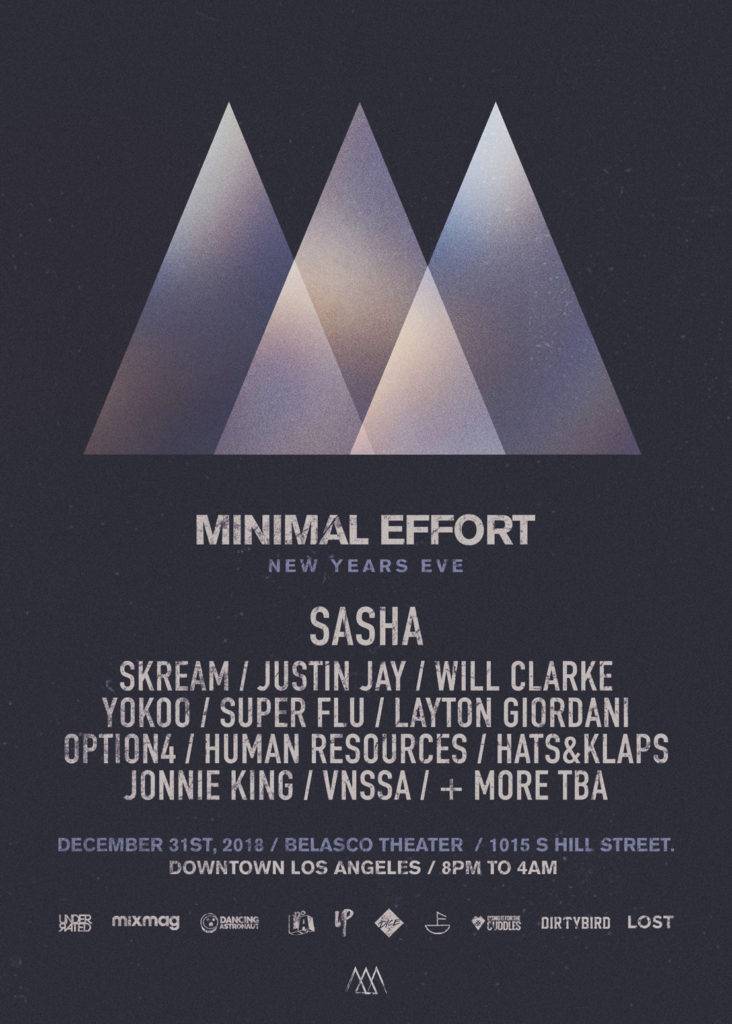