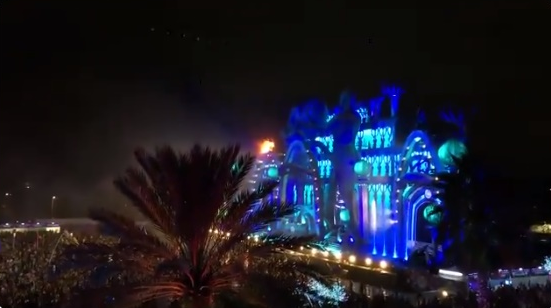 During the beginning of Kayzo’s set on the main stage of EDC Orlando, some of the ornaments at the top of the stage caught fire. The blaze was minimal and was quickly contained by the Orlando fire department.

A video of the fire was captured by @mrcalidre, which also appears to show the crowd being ushered away from the stage – clearly for safety reasons. Kayzo and Pasquale Rotella of Insomniac both tweeted at fans to let them know what was going on.

After Kayzo’s set was scheduled for Alison Wonderland. It’s not clear at this time if Kayzo will return to finish his main stage set, but he will be performing 8:30 – 9:30 at the Corona Electric Beach stage.

An official statement from Insomniac reads, “There was a small fire at the kineticFIELD stage, which was fully contained and extinguished by the fire department within minutes. No employees or attendees at EDC Orlando were injured. Music on the stage has resumed and performances will continue as scheduled.”

Wow guys there was a major fire on the maisntage during the beginning of my set at edc Orlando. Had to stop but the team here at edc and the fire deprartment were swift and are doing their best to get the stage up and running. I love you guys. Thankful everyone is safe

Heads up, EDC Florida Headliners. The small fire at kineticFIELD has been contained and we are working with the fire department to make sure everything is safe before the music resumes. Hang tight! 💪😎