EDC Mexico has quickly become the biggest EDC event outside of EDC Vegas (sorry, EDC Orlando). Next year marks EDC Mexico’s sixth year, and Insomniac has booked quite a huge lineup to celebrate.

The lineup is packed for a two-day event. Big artists include REZZ, Kaskade, DJ Snake, Excision, RL Grime, Alison Wonderland and San Holo. Some artists are a welcome surprise: Polo & Pan, Rebolledo and Pachanga Boys (which features Rebolledo as a member). Insomniac Records even appears on the lineup, so we think EDC Mexico will have a specially curated stage.

EDC Mexico hits the Autódromo Hermanos Rodríguez on February 23-24. Check out the full 2019 lineup below: 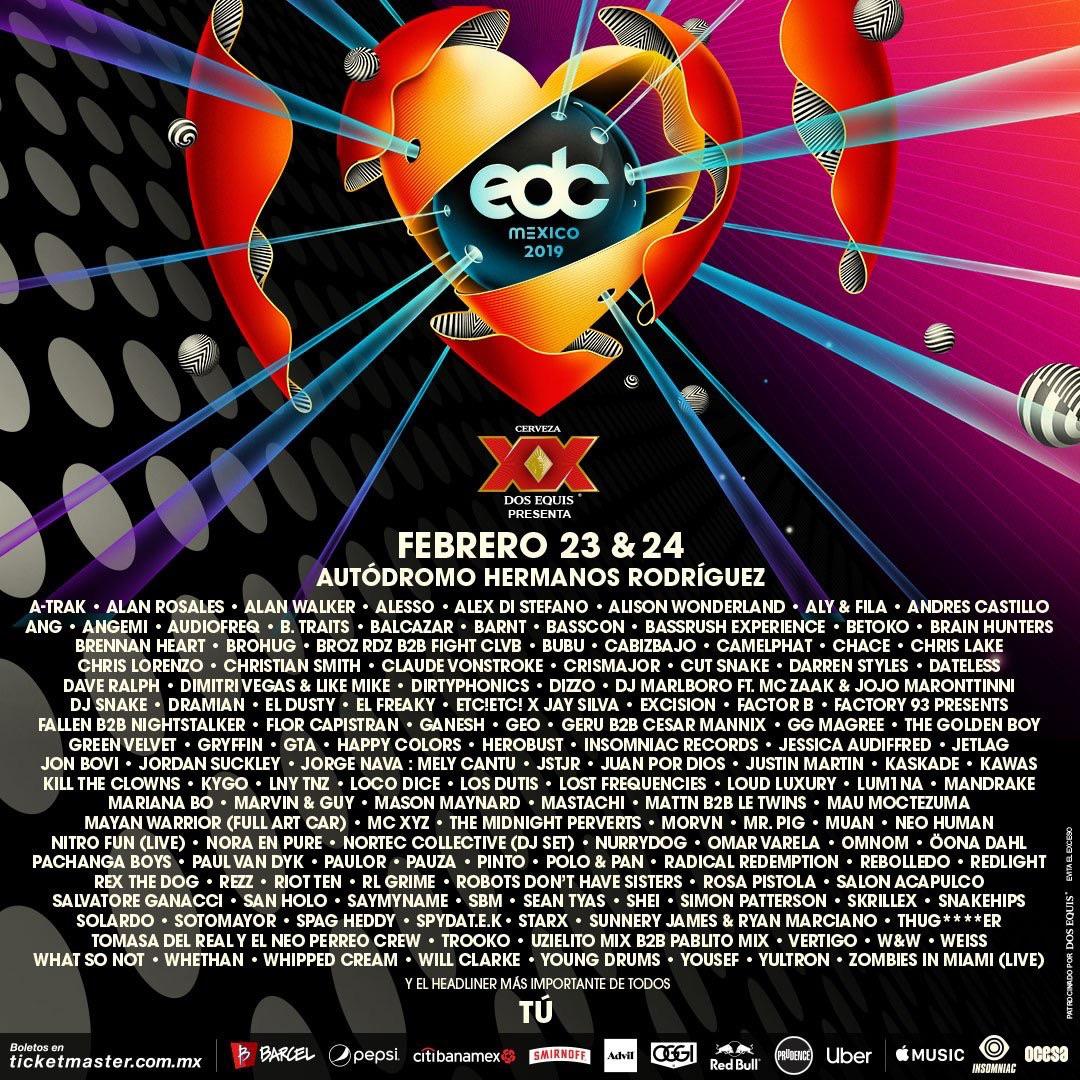