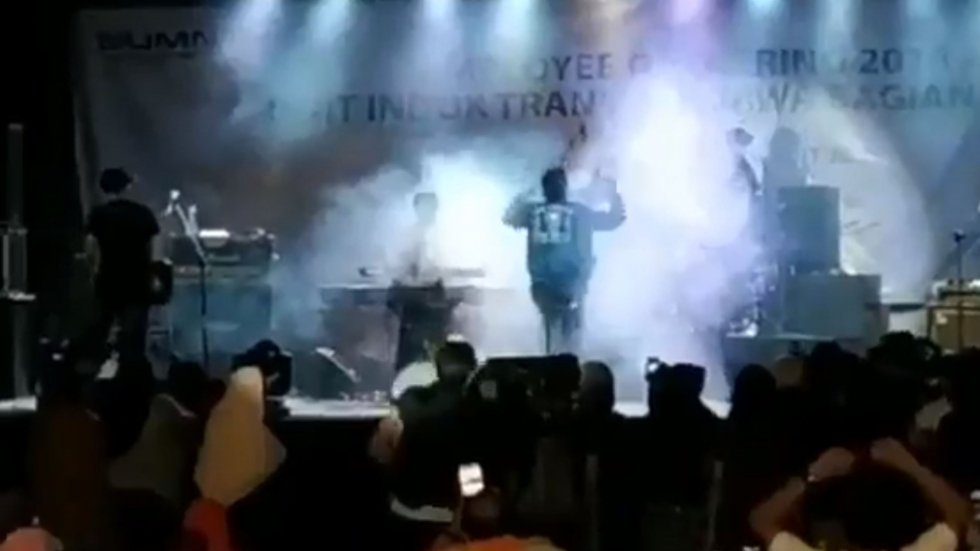 A massive tsunami in Indonesia took over 200 lives this weekend, including some who were attending a rock concert at the time the force of nature hit.

Indonesian rock band Seventeen was swept off the stage while performing, along with many fans in the crowd. According to reports, bassist M. Awal “Bani” Purbani, guitarist Herman Sikumbang, road manager Oki Wijaya, and crew member Ujang were found dead. The drummer of the band is still MIA.

“Underwater I could only pray ‘Jesus Christ help!’,” another surviving band member said. “In the final seconds I almost ran out of breath.”

Video footage of the tsunami strike has surfaced online following the incident. It’s definitely not easy to watch, so please use discretion when viewing.

Donations can be made to Oxfam to help those in need.