Ever After Music Fest Drops Lineup To Rival Lost Lands

Whereas house and techno were kings when dance music was first starting, today’s fans overwhelmingly want something a little harder. Bass music festivals have become de rigueur the past couple years, especially thanks to longtime pillars like Wobbleland and newer festivities like Lost Lands. Along the same lines, Ever After Music Festival in Ontario, Canada continues to bring the heat.

The lineup for the 5th annual Ever After Festival just dropped and it’s significantly massive. Excision and Illenium return as headliners for the second year running, joined by Kill The Snails on day one. They’ll be joined by a stellar supporting cast, featuring Feed Me, Rusko, G Jones, Noisia, Code: Pandorum, and Alix Perez — oh, and did I mention that’s just on the first day?

Festival attendees can look forward to enhanced sound quality by fully integrated production house, PK Sound, which will provide over 750,000 watts of full-fledged bass. Additionally, the festival is also responding to complaints about the water situation last year: 2019 will have 5x as many taps & water stations, and 3x as many washrooms in comparison to the 2018 event.

See the full lineup below. 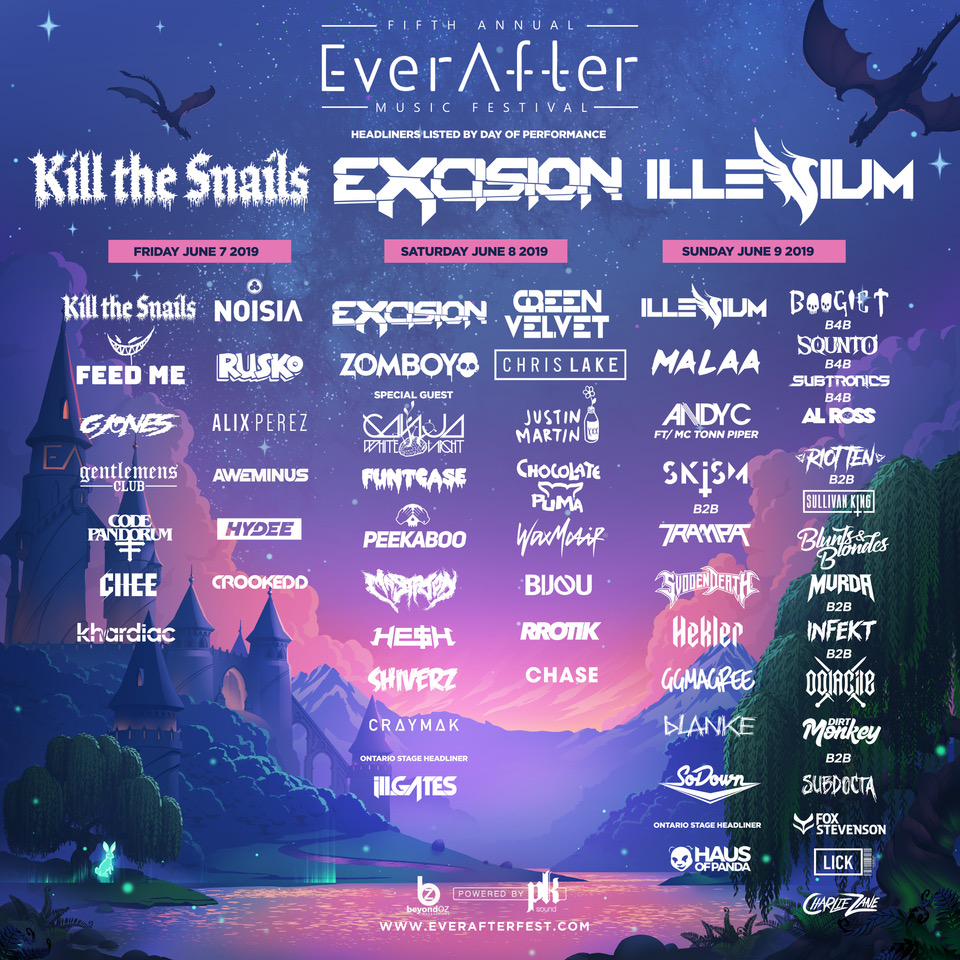