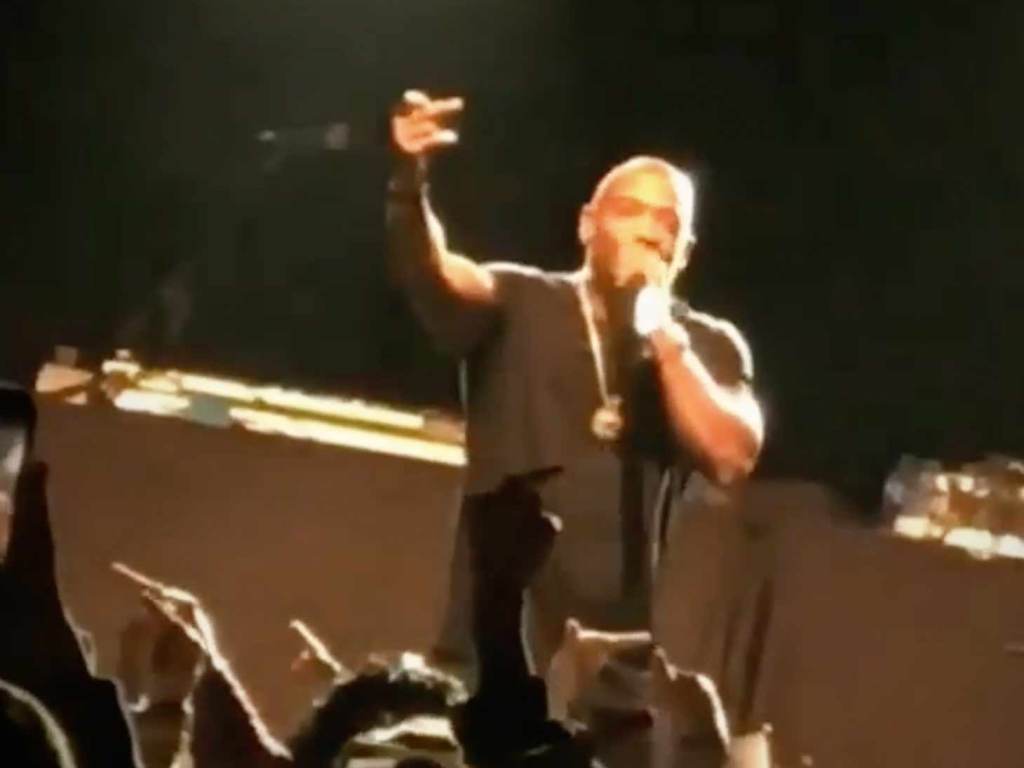 Ja Rule has taken a lot of heat for his involvement with Fyre Festival and close association with scammer Billy McFarland. But, he isn’t letting all that stop him from pushing forward with his rap career.

In the video below, Ja Rule is captured in rare form during a New Jersey concert Friday night. The rapper stops to address the audience, recognizing that they might be a “little mad” over the Fyre Festival documentaries.

Middle finger held highly, he says — “I want y’all to repeat after me and let me he hear you say, ‘Fuck you, Ja Rule!'” The crowd gladly reciprocates, which seemed to squash the painfully awkward elephant in the room.

“Fuck y’all too,” Ja jokes before jumping back into his track.

Previously, the rapper has been rather assertive that he did no wrongdoing. He has always stood by his visionary music event, even though it train wrecked. But now, it seems he’s finally coming to terms with reality.

#PressPlay: #JaRule let fans cuss him out at his #NewJersey concert tonight over the #FyreFestival documentaries controversy 👀👀 📹: @1crystalrenee