A big new multi-city festival experience is coming to Texas in 2019.

Camp Nowhere takes place June 21, 22, and 23, in Houston, Dallas, and Austin, respectively. The traveling festival will feature ODESZA, ZHU, and Gryffin as headliners all nights. They’ll be supported by a lineup of rising stars Ashe, Chelsea Cutler, and Robotaki.

ODESZA are still carrying the hype from their last album, A Moment Apart. After touring and headlining festivals all 2018, they continue to bring the same magic to their live performances in 2019 — we also suspect they will probably have some new music to show off by June.

ZHU dropped his last album RINGOS DESERT last year, making it to #5 on our Top Albums of 2018. Gryffin dropped Gravity Pt. 1 last year, the first half of his debut album which we expect to be completed this year.

Chelsea Cutler, Ashe, and Robotaki are all stellar rising artists who will add their own unique flair to each show, given a platform to show off their stuff and gain some new fans while getting the crowd ready for the huge acts later in the night.

Tickets for all dates are on sale now at CampNowhereTexas.com. 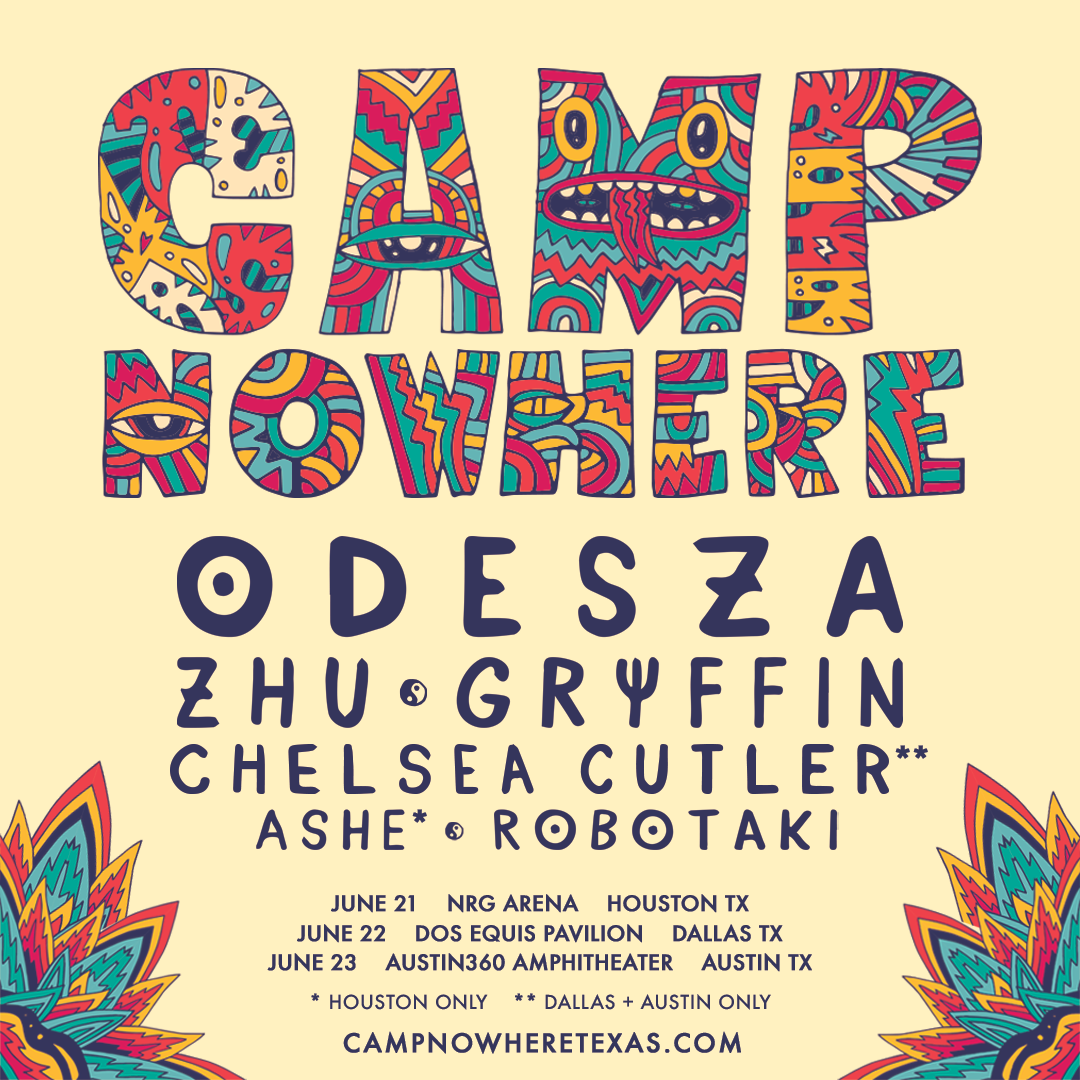