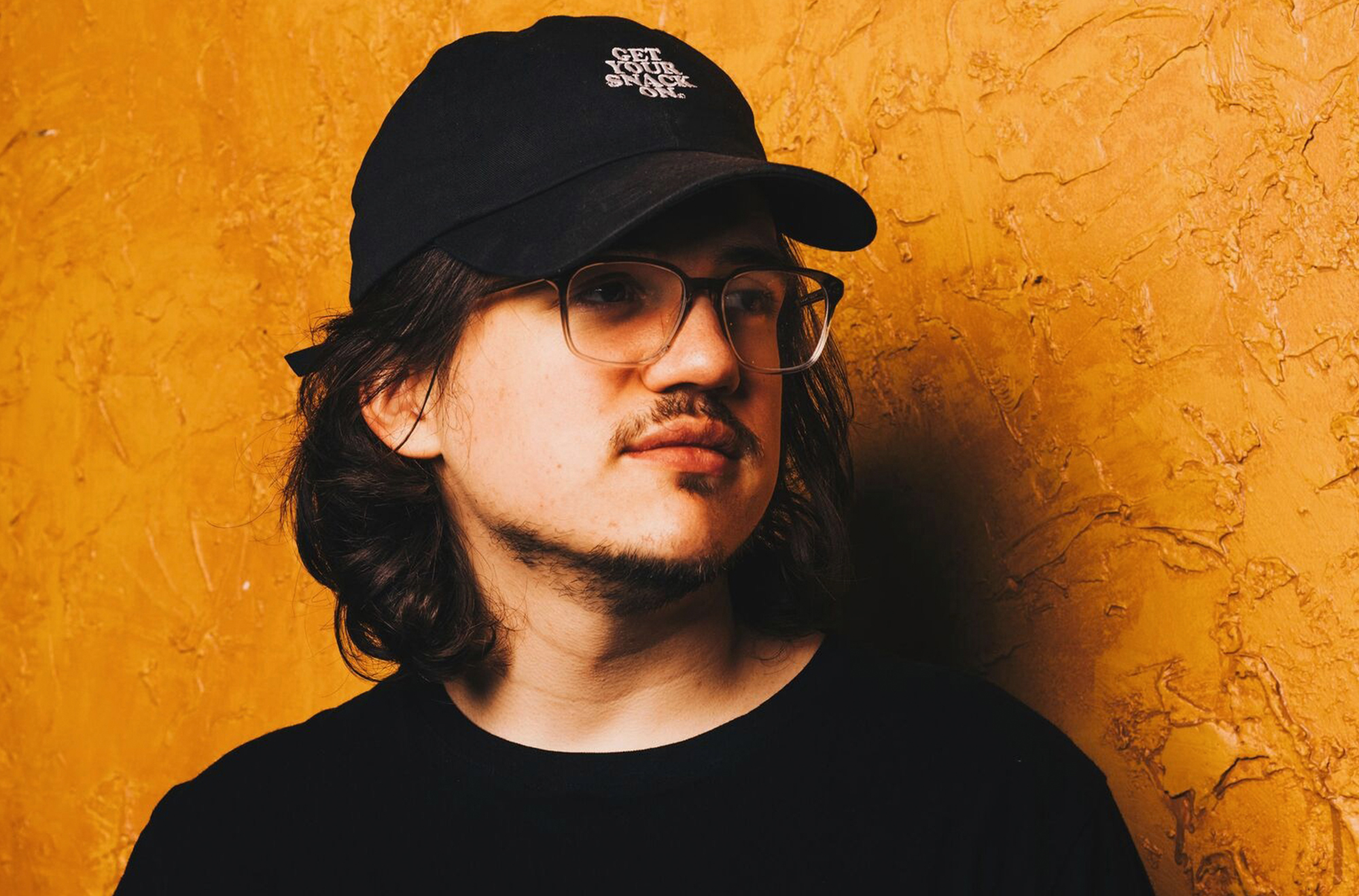 Meet Tom Norris, One Of The Biggest Names In EDM You’ve Never Heard Of

You see names like Skrillex, Zedd, Calvin Harris, Diplo, and more all the time. They’re at the tops of festival lineups, on the covers of magazines, the front page of Spotify… they’re the faces you pay to see. But they’re not the whole equation. A lot of people work behind the scenes to help these artists do the multitude of things they set out to do. Among those people is Tom Norris, engineer for Skrillex and Zedd, among others.

Born in Massachusetts, he moved to San Diego at a young age where he later started a band with a couple friends. Hollywood Records offered the band a deal, which they signed, but Tom left shortly after to attend UC Berkeley. It was there that he started teaching himself music beyond the band, delving into production and sound design. He started a popular account on SoundCloud called “getyoursnackon” where he’d remake and post popular songs. During this time, he also became close with Kyle Trewartha of Grey. Together, they moved to Los Angeles and started working on projects, eventually leading to him working with bigger and bigger names.

In the world of electronic music, Tom is likely one of the biggest names you’ve never heard of. In rare fashion, he’s answered some need-to-know questions exclusively for Your EDM. Read on to find out the secrets of his success, what’s next for Skrillex, and more.

Where did your desire to create music come from?

Both of my parents are musical, and there’s a lot of music and creativity flowing throughout my extended family. I think I was hopelessly bound to do something relevant in music as a result. I do remember seeing my cousin making music with a really early version of FL Studio, and being completely blown away. I thought only producers (who were essentially wizards in my mind) in huge recording studios could create music, and so I immediately downloaded the demo when I got home and started messing around. That was in 2001, so it’s been a minute!

Tell me a bit about your experience with your first band Outerspace Politicians, later Allstar Weekend. What were some of the challenges you faced as a newcomer to that world?

I messed around with beats and instrumental production before the band, but I didn’t know anything about what it meant to write a song with vocals, or how to record things with a microphone and have them sound like real music. I was kind of like the Ryan Lewis of the band, recording and producing all of our tracks, doing our photos/videos/website/etc. It was a huge learning experience.

What eventually led to you leaving the group?

There were a bunch of factors—hating touring, stress, and bad managers. I also had a ton of FOMO from friends who were having a great time in college, while I was miserable in my band. The silver lining was definitely learning that I loved being in a studio far more than performing, and fostering a lot of great friendships that I still have today.

You chose to study linguistics at UC Berkeley, which arguably has no relevance to music. I would know, I also majored in it at UCSB. What about linguistics did you find interesting enough to pursue that over music?

A lot of my family works in academia, so I think I felt pressured to study something more ‘serious’. At the time, Siri for iOS had just come out, which to me seemed novel and exciting that I could control my phone with my voice. I was also really into pop linguistics books by authors like Steven Pinker (especially The Language Instinct), so linguistics felt like a natural choice. I think only once I was studying it, did I realize that I just fundamentally didn’t have the same passion for it like other kids in my class, and wasn’t looking forward to the day-to-day existence of being a computational linguist.

Of course, you did return to music eventually, as “getyoursnackon” on SoundCloud. How did you begin that project?

I knew a lot about engineering and producing ‘real’ instruments from doing band demos, but I didn’t really understand how to do anything else. EDM was at its peak when I was in college (around 2012), and I thought by remaking songs I could quickly learn how to use synths and layer MIDI-based stuff. I started uploading some of them to SoundCloud to show friends, and I think from that I started to gain some notoriety on various internet production forums.

What was your first foray into the electronic world?

I think working with the Grey dudes was my first serious foray into the electronic world. I actually met Kyle on Reddit back in 2014, and we became friends and started working on music together. He and Michael created Grey a year later, and they asked me to mix and master their stuff.

How quickly did you go from working with Grey on their music to suddenly working on tracks for both Zedd and Skrillex?

Zedd became involved pretty early on with Grey, and basically anything they worked on together I had some part in. My old roommate Ty (producer Lophiile) used to work with Skrillex, and randomly invited him over one night. We watched skate videos and played with yo-yo’s, and the next day he hit me up to come through and check out stuff he was working on. That was almost 2 years ago, and I’ve been working with him since!

You were nominated for a GRAMMY® Award, Record of the Year, for your work on “The Middle.” Did you ever think when you were 15 starting a band in high school that would ever happen?

I don’t think I could have anticipated anything I’m doing now back then… or even 2 or 3 years ago. But I think that’s what’s great about working in music—anything can happen! The Grammy nomination is insane, and I feel incredibly grateful to be recognized with some of my best friends.

You’ve also been working with Skrillex since early 2017. Which of his tracks would you say was the most creatively fulfilling to work on?

Every single thing I’ve worked on with Skrill has been creatively fulfilling, given how incredibly creative he is as a person and musician, and how he imbues that in everything he works on. That aside, I do think the Humble remix for Kendrick was really interesting to have been a part of, in seeing how it was iterated on and evolved over 4-5 months from an initial concept to the final release.

How was it specifically working on “Surrender” with From First To Last, given your rock background.

It was a nice change of pace entering that world again! With Surrender, we had two ideas in mind: to make it sound like FFTL with a modern vibe—ie, super loud drums and low end, and to make it feel almost like a spiritual successor to “Make War”, their prior release. It took a while to finish, I think Matt Good from the band had recorded all of the instrumental parts almost a year before it actually came out. Kyle (from Grey) also recorded guitar layers to help fill out the mid-range. Sonny and I then went back and forth on drum sounds and mix versions for almost a month.

You not only worked with Skrillex directly, but also his collaborators like Mariah Carey and The Weeknd. Do you have any specific fond memories of working with anyone in particular?

I remember FaceTiming with Abel after Skrill and I finished the mix on “Wasted Times.” It was dope seeing how stoked he was on how it turned out!

The one question on everyone’s mind: what’s next for Skrillex?

Given all of the crazy stuff I’ve heard over the last couple of years, whatever form the next project or release takes, it’ll be absolutely worth the wait.

Outside of the Skrillex and Grey/Zedd universes, you and Ansel Elgort are friends and have collaborated on a number of original productions and projects. How did you link with Ansel? Are you still working with him?

Our mutual friend linked us 3-4 years ago. I didn’t really know anything about him besides the EDM/DJ stuff that he was doing at the time, but I thought it was cool that he was starting to sing on tracks he produced and wanted to do that kind of thing. I’m currently working with him on a full length album that should be out sometime this year – not sure if I’m allowed to say anything else about it 🙂

What’s next for you creatively?

Climbing Everest! Just kidding—I’m working on a bunch of projects that I can’t really talk about yet, but I’m excited for people to hear them. Some are with artists you’d expect, some aren’t. I’m also working on some VST plugins/effects for producers that might be release ready this year, and more sample packs/sound libraries that I think people will find useful.