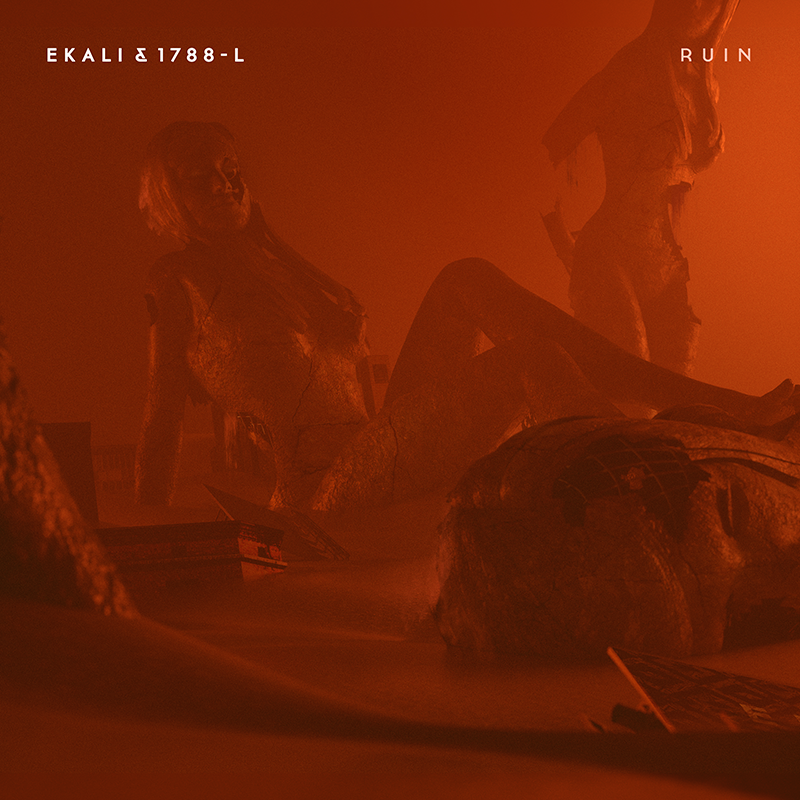 1788-L has been supporting Ekali on tour, and Ekali has been a supporter of 1788-L’s tunes since nearly the beginning, so a collaboration like this was only a matter of time. The result is a spectacular display of sound design, filth, and beauty.

I often say that juxtaposition is one of my favorite elements in music, placing two opposing sounds or forces against each other to maximize the qualities of each to the utmost degree. The same applies for “R U I N,” wherein the super mechanical and glitchy first drop is contrasted by the wildly beautiful and melodic second drop.

The single is accompanied by a music video depicting some post apocalyptic scene like something out of Blade Runner. Crumbled statues litter the vast wasteland, making for a another interesting contrast with the very artificial sounds of the music it portrays.

Watch and listen to “R U I N” below. If you’re in New York City, be sure to catch 1788-L at Kings Hall next Friday, February 22. Tickets are available here.