Journey Down the Rabbit Hole at Beyond Wonderland 2019 [Event Preview]

I don’t know about you guys, but during the cold and rainy months of January and February, one of the things that keeps me going is thinking of warmer, sunnier days, and festival season. Here on the West Coast, one of the sure signs of the break of the spring season is Beyond Wonderland. Insomniac returns to San Bernardino’s NOS Events Center March 22-23 for what is sure to be one of the biggest editions of the festival yet. In fact, based on the early sales, it’s probable that this will be the biggest edition of Beyond yet!

As always Insomniac will be bringing some of the biggest names in dance music to the stage, Armin van Buuren, Deorro, Seven Lions, deadmau5, Don Diablo and Rezz are among the many headliners for this festival. Many of Insomniac’s venerable brands will be hosting stages over the two-day fest including Bassrush, Basscon, Dreamstate and Insomniac Records, and most notably, mau5trap. There is truly something to satisfy everyone’s tastes at this festival. deadmau5 is playing the main stage on Saturday, and it’s been reported that he’ll debut his Cube 3.0 at Ultra the week after. However, he brought the Cube 2.0 with him to Countdown 2017, so I’m not giving up hope that we’ll see at least the Cube 2.1 here.

There’s still some tickets left for Beyond Wonderland March 22-23 in San Bernardino right here, they’re sure to sell out fast. Check out the daily stage lineups below and start planning your weekend. 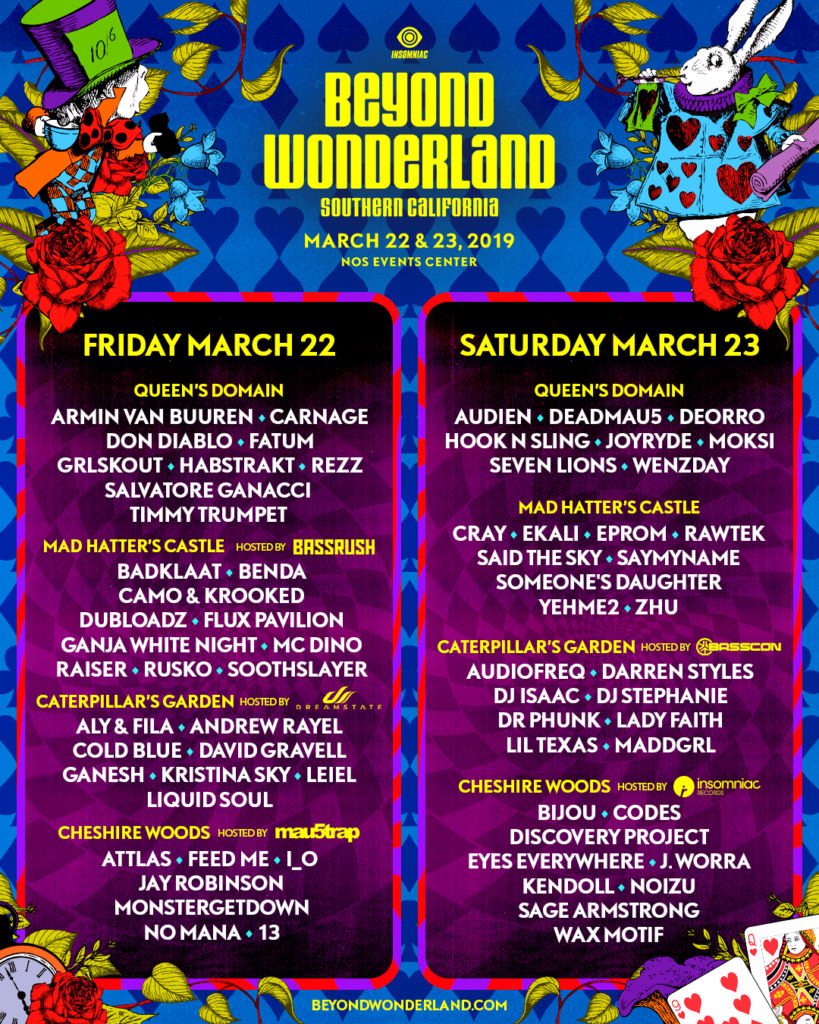 Check out the Beyond Mega Mix to get you pumped for the festival as well!