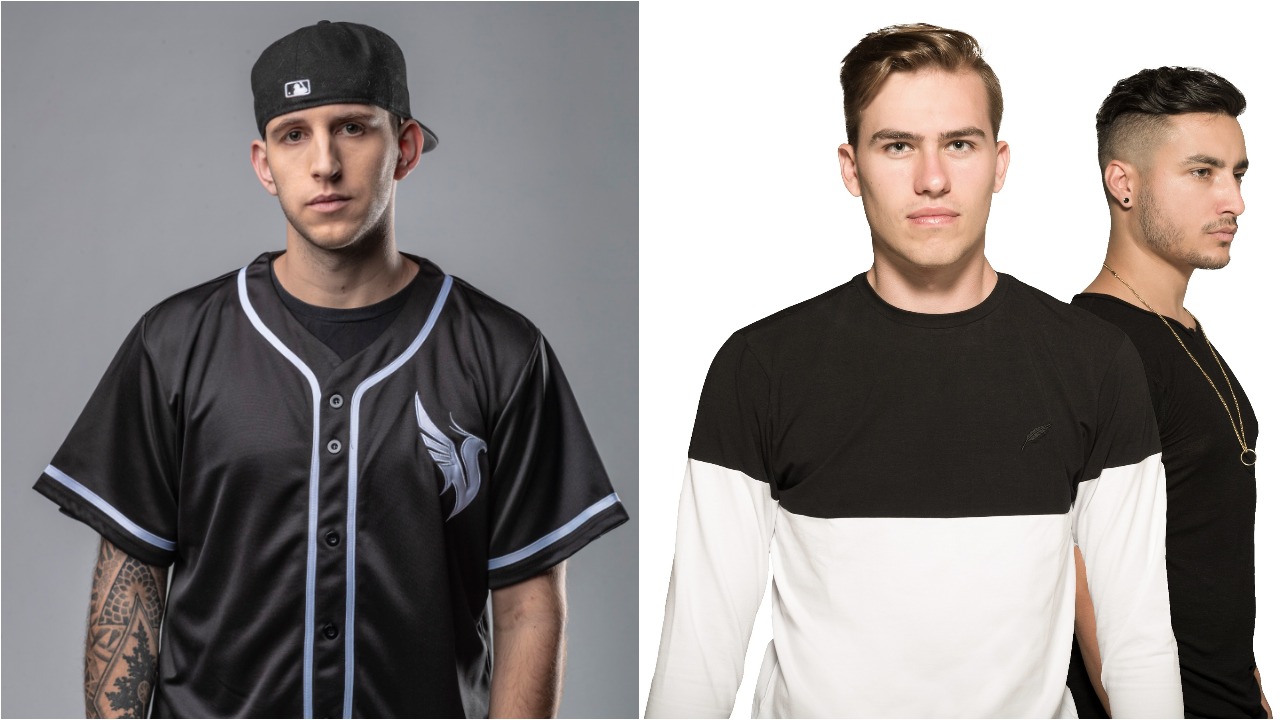 Illenium & Loud Luxury Answer Questions Ahead Of Hakkasan Residencies In 2019

Among those with a residency this year at Hakkasan’s properties in Las Vegas, Hakkasan Nightclub, OMNIA Nightclub, Wet Republic, and JEWEL are Illenium and Loud Luxury. These are two artists who have developed their own unique identities, but share many qualities, as well.

Illenium just sold out two nights at Red Rocks (and added a third), and Loud Luxury just won their first Juno award for “Dance Recording” for their song “Body.” Each artist is eking out their own path and succeeding where others have failed, especially as they’ve both been chosen to represent some of the biggest clubs in the entire world.

Before club season in Vegas gets into full swing, we caught up with Illenium and Loud Luxury and asked them questions. (Note: questions were submitted February 12, hence the slightly dated subject matter.)

Be sure to catch Illenium and Loud Luxury in Las Vegas this spring and summer!

Did you watch the Super Bowl?

Loud Luxury: We live in the US now so it felt like a right of passage to.

Illenium: I think I may have been the only person not to watch it actually. I’m not a huge football fan.

What did you think of the halftime show?

LL: We were thriving to see Sicko Mode live on national TV.

Ill: From the clips I saw there was some cool production involved, but I didn’t see enough to really comment beyond that.

What electronic artist(s) do you think would be perfect to perform the halftime show?

Ill: Based on size and popularity I could see Zedd landing the spot.

Did you keep up with the GRAMMYs?

Ill: A little bit. I’m hoping that in the future more electronic artists will be represented.

Do you agree with Silk City “Electricity” winning over Virtual Self “Ghost Voices”?

LL: Both tracks are amazing and have contributed a lot to electronic music culture. Awards aren’t necessary to determine a song’s worth.

Ill: I’m probably biased because I like Porter so much, but both of those songs are great. Hard to say which one is more “deserving” of a Grammy.

How do you feel about the continued relationship between EDM, pop and hip-hop?

LL: It’s so important. The only way we get new sounds is by blending things already around so we applaud anyone pushing boundaries.

Ill: I love watching artists push the boundaries of what they are known for. All three of those genres are intertwined at this point and borrow or combine elements from each other on a regular basis. Electronic music is such a versatile medium that it can be combined with almost any genre and a skilled artist could make it work.

To LL: You have a Latin remix of “Body” out in the next couple months. Were you inspired at all by Dillon Francis’ Latin album? Or what was it that inspired the remix?

To Ill: Your most recent track, “Crashing,” is definitely more on the pop side than your previous releases. Was this the goal when you started writing it, or did it develop that way naturally?

It was a natural development. I try not to have too many expectations of where a track should go when I’m working on it. A lot of times the lyrics or melody will influence the rest of the song to kind of find its own path and write itself.

Vegas crowds are different than most other crowds, since they’re almost entirely people from out of town. How do you react to seeing fans from other states and cities who travel to see you?

Ill: It’s great seeing fans from across the country come to Vegas to check out my sets. Vegas venues also tend to have audiences that come out for the “Nightlife Experience” who may not have necessarily heard my music before. It’s a good opportunity to connect with a different crowd and potentially make new fans.

The clubs in Vegas also arguably have some of the greatest production in the world. How do you maximize your sets to make the most of the hardware available to you?

Ill: My Vegas sets are usually longer and have a bigger mix of material than my normal shows. I get to play music from wider ends of the spectrum to really take advantage of the sound systems available at these clubs.

What are you most excited about in 2019?

Ill: Releasing new music and continuing to grow as both a producer and performer. 2019 will be a busy year and there is a lot of stuff I can’t talk about quite yet but am very excited for. I’m super stoked to be playing my first show at Madison Square Garden and  three nights at Red Rocks in Colorado as well.