Do Lab Reveals 2019 Lineup at Coachella

Anyone who’s been to Coachella knows that even when the main lineup comes out, there’s still more to come. Do Lab has spent 15 years at Coachella, bringing a diverse electronic lineup to supplement the main stages, and they’ve absolutely gone and done it again this year.

The lineup at the Do Lab this year includes 29 Palms (Ooah + Boreta), Mr. Carmack, Emmit Fen, Ford., Golden Features, Holly, LSDREAM, Memba, Pete Tong b2b Special Guest, and Bleep Bloop. PLUS, a new stage design will be debuted this year which is sure to elevate the experience even higher.

In addition, fans should prepare for the unexpected as Do LaB has a history of surprising fans with unannounced sets from industry leading talent. Past surprises have included the likes of Skrillex, Richie Hawtin, Major Lazer, Bob Moses, Bonobo, RÜFÜS DU SOL, The Glitch Mob and more.

Check out the lineup below, color coded by weekend for ease. 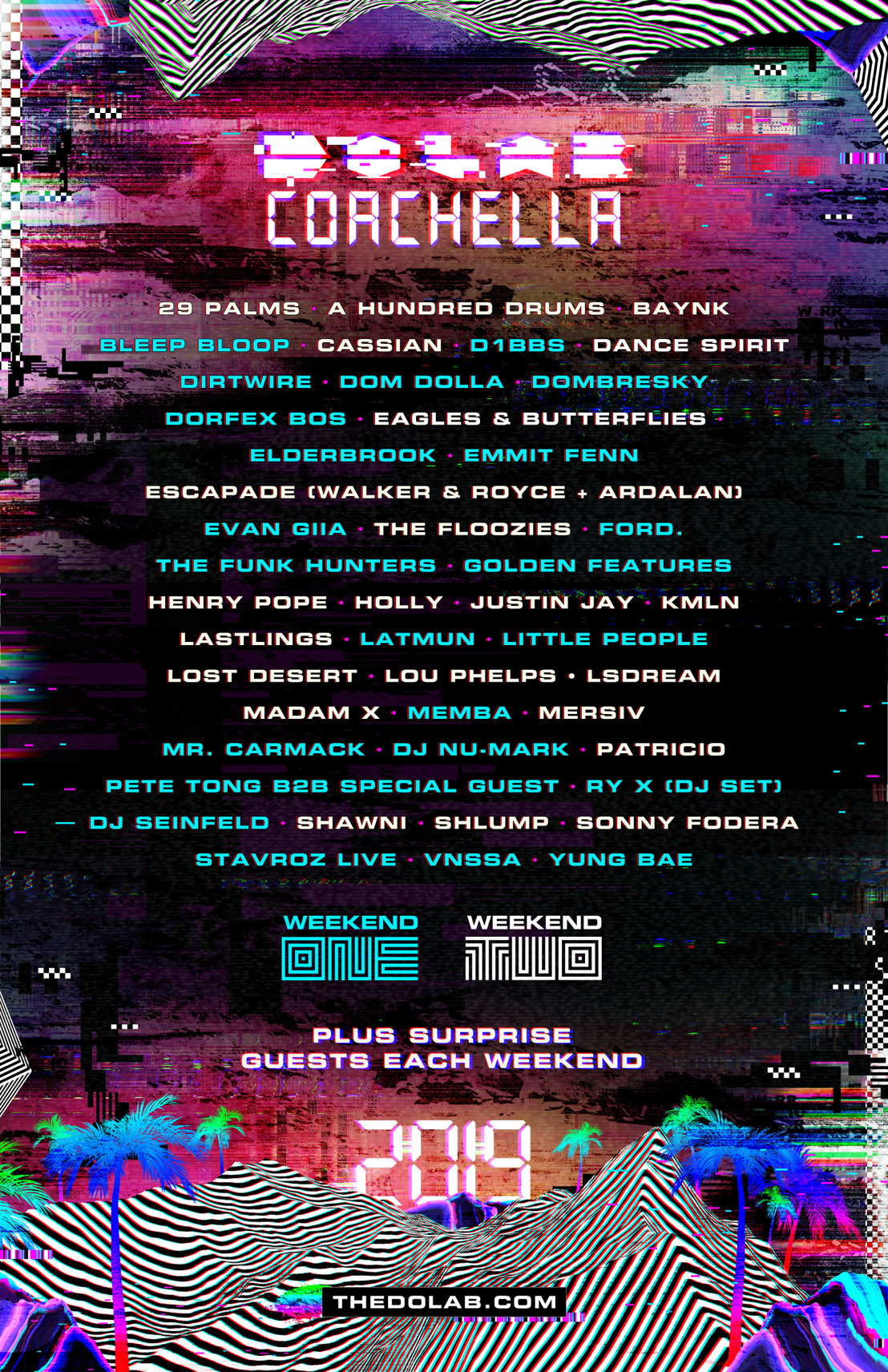