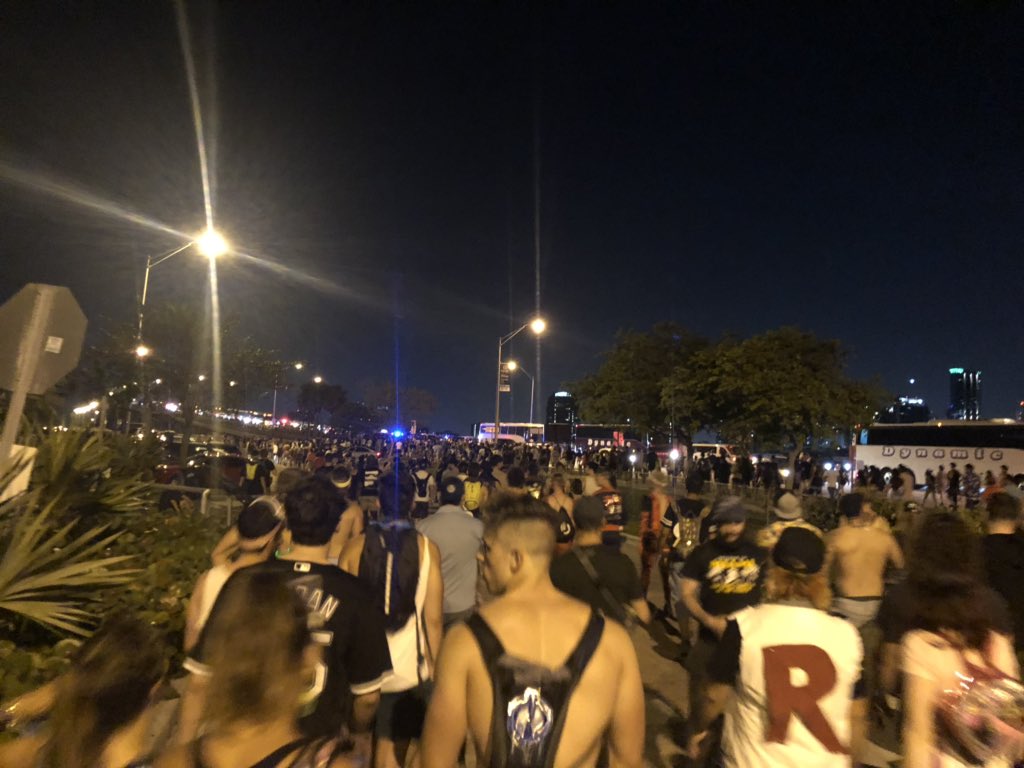 Ultra Music Festival sent off its 21st edition last night with headlining performances from The Chainsmokers, Armin van Buuren, Zeds Dead, testpilot, and more. Tens of thousands of people right now are either boarding flights home or being rudely awakened from a deep slumber by hotels informing them they’re past check out time. But, according to reports, there are still some people left on Virginia Key waiting for shuttles from Day 1.

The shuttle service day one became national news after attendees were forced to walk the Rickenbacker Causeway back to downtown Miami in lieu of actual shuttles. Disorganization and general first-year glitches caused the malfunction, but it seems that some attendees just didn’t want to walk.

“They told us that shuttles would be operational in a matter of hours and Charlene would be picking us up in shuttle N081,” said Joey Pazucci, who traveled to the festival from Brooklyn, NY, on Monday morning. “But N081 never came.”

“So you just stayed here and waited?” Your EDM asked.

“Yeah, what else was I supposed to do?” replied Pazucci.

Others report beginning to walk the causeway and then turning back and waiting, citing “politeness” and “indecision.”

A spokesperson for Ultra tells Your EDM that a search & rescue team is being prepped to bring the attendees home.

“We just want everyone home safely, no matter the cost,” the spokesperson said. “Everyone deserves to sleep in their own bed.”