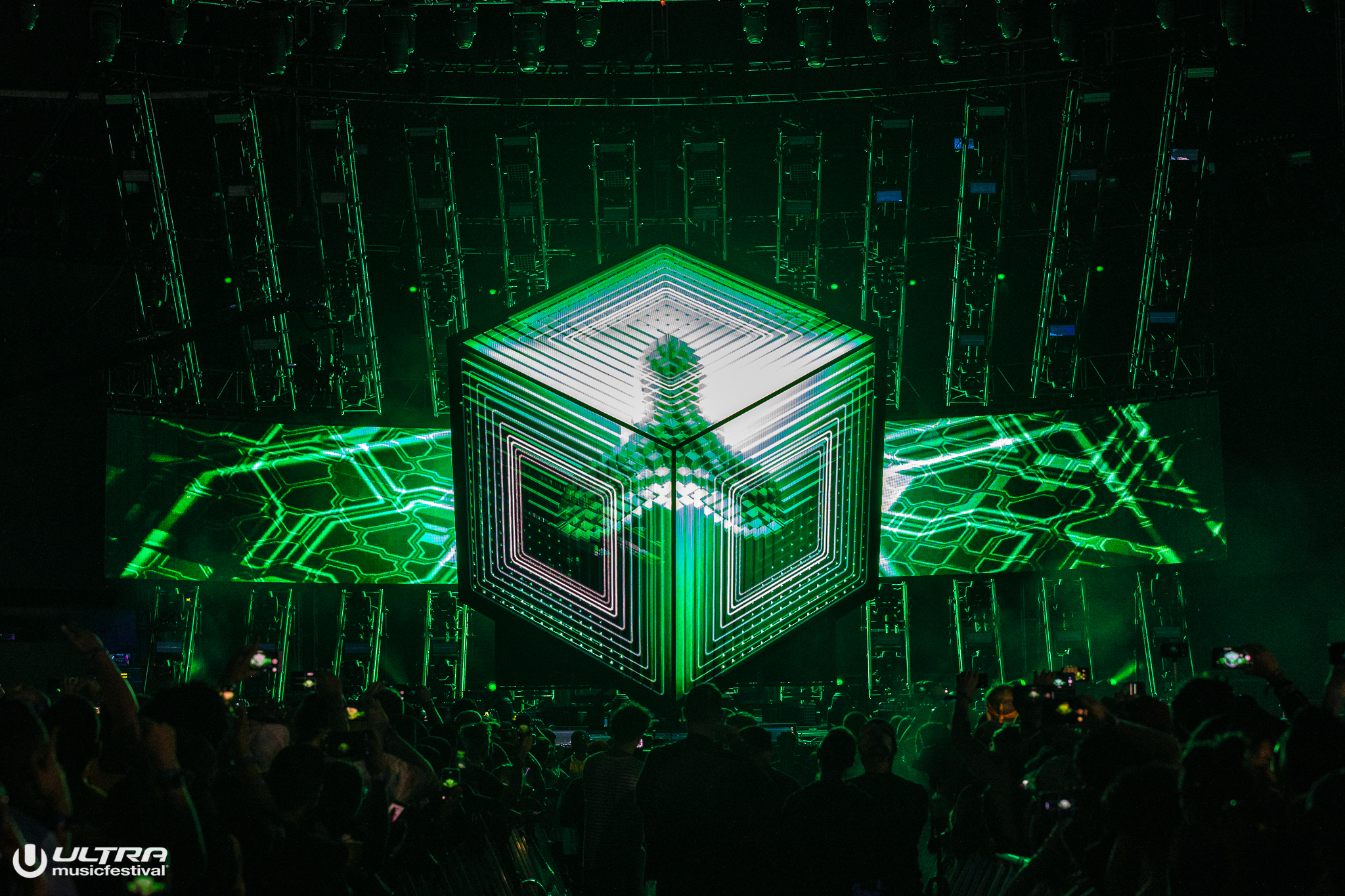 See Deadmau5’s Full Cube 3.0 Show From Ultra, Including When The Power Went Out

Deadmau5 debuted his Cube 3.0 to the world this past weekend at Ultra Music Festival. Taking over the very last set at the Live Stage on Saturday (before it became the ASOT stage on Sunday), deadmau5 impressed with a feat of technology, techno, and house that only he could possibly achieve.

Throughout the 100-minute set, he played all-original music, with the exception of the second song from Wehbba, “Mind Awake.” The Cube was revealed to be translucent when desired, or completely opaque when brightness was maxed out with visuals. It also spun 360 degrees and had a small degree of vertical rotation. It was truly a sight to behold.

But it was also a lot for the generators to take, as around 50 minutes into the set, the sound went out. At that point, there was nothing Joel could really do and he sort of meandered about while it got sorted. After about 8 minutes, the music started back up and the show went on!

Check out the marvel of technology and sound below.