The Super Mega Ultra Giant Mad Decent Block Party Festival is officially a go! This July, Diplo, in partnership with SGE, revives his traveling festival brand for two days at the Gillette Stadium in Foxborough, Massachusetts. Earlier reports that Billie Eilish and Major Lazer would headline have been confirmed, along with a wide assortment of other artists.

In addition to the music lineup, Diplo Presents The Super Mega Ultra Giant Mad Decent Block Party Festival will feature a number of experiences for attendees to enjoy, including:

Tickets go on sale this Friday, April 12 at 10AM ET here. This means that even those of you at Coachella should have plenty of time to snag tickets for this one. 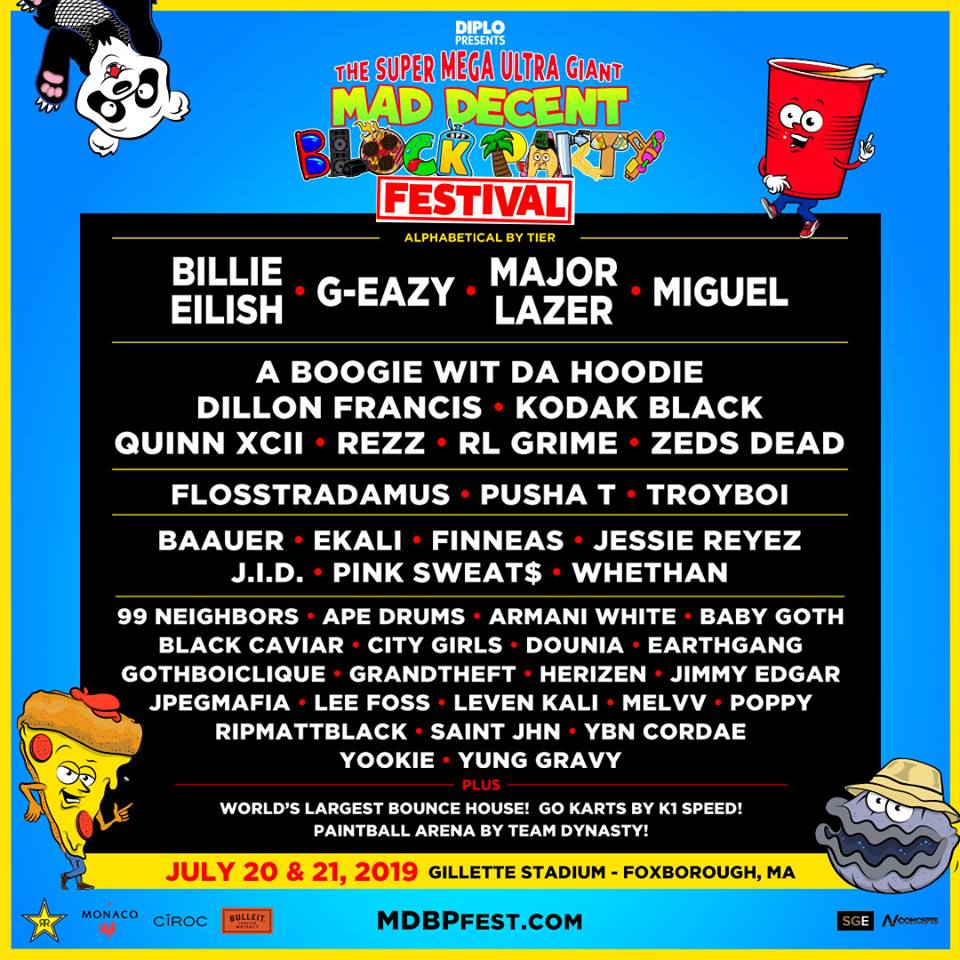 Medasin & Felly unite for a breezy single “At Fault”

Medasin & Felly unite for a breezy single "At Fault"