Running a successful music festival is probably one of the hardest jobs there is. Between coordinating all the moving pieces from talent buying to staff to security to ticketing and more, there are so many things that could go wrong that for everything to go right is incredible. For seven years, Paradiso Music Festival in Washington has been doing things right, and now in its eighth year, it continues to grow and outperform years past.

In fact, now in its 8th year, it is selling the fastest it ever has before and will more than likely completely sell out well over a month in advance. This year’s festival features world-class names like Skrillex, Kaskade, What So Not, Alison Wonderland, Illenium, and more. With support from 1788-L, Gammer, Getter, Shiba San, Phantoms, Goldfish, and more, there’s really something for everyone.

Paradiso is also one of the very few Gorge music festivals that has persisted for so many years. Recently, Sasquatch, End of the Rainbow, and What The Fest have all either dissolved completely or postponed their 2019 events. Such resilience proves that Paradiso is one of those festivals absolutely worth going to.

Tickets to Paradiso are still available, but not for long! Get them while they last here, and get ready to party June 14-15 at the Gorge Amphitheater in Washington. 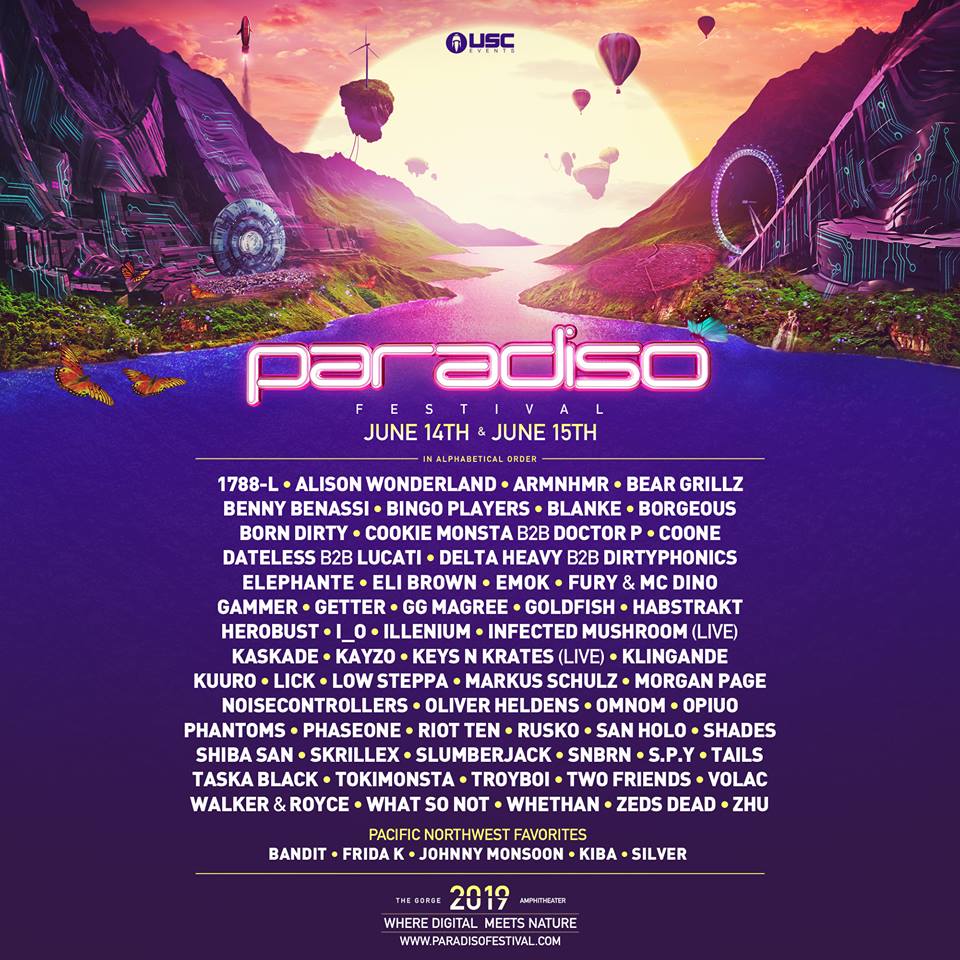 Here Are The Top 10 Most Instagrammed Music Festivals