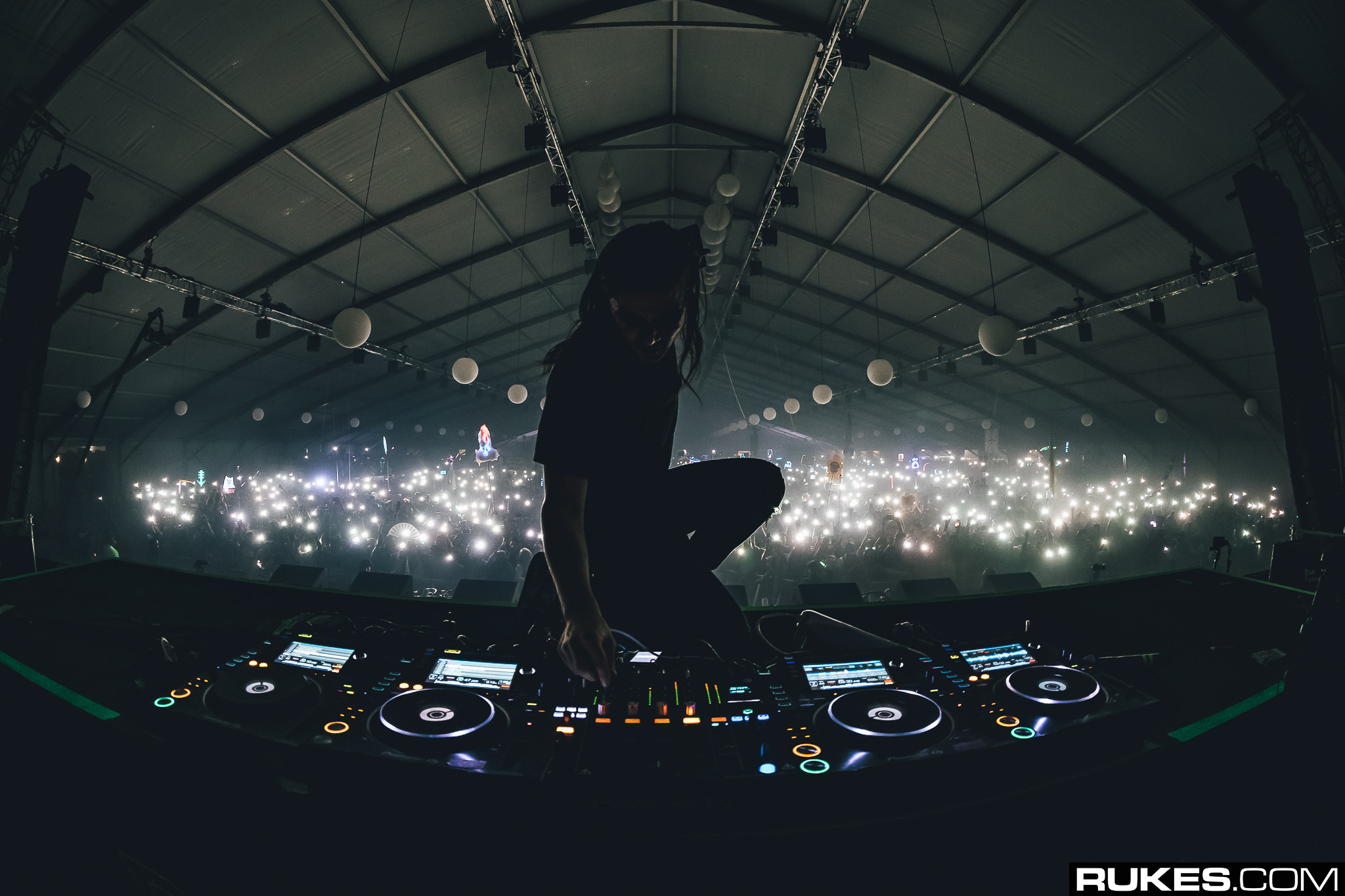 Skrillex recently sat down with fellow otherworldly artist Kelsey Lu to talk authentic artistry and much more for Interview Magazine. Going beyond the typical interview questions, they ended up discussing the possibility of throwing shows in outer space. As they see it, the future is near.

Lu expressed her interest in playing on Mars — or better yet — an entire Skrillex x Kelsey Lu space tour. As it turns out, Skrillex has put a lot of thought into his space debut already.

Here’s an excerpt from the interview that better explains exactly what he has envisioned for the occasion:

LU: You and I should do a space tour.

SKRILLEX: What would music sound like on the moon?

SKRILLEX: If it were me, I’d make a glass dome. It would be a translucent dome that you could fog on demand and you could turn the gravity on and off. So when you enter the dome, you can’t really see the view and the gravity is normal. And then, all of a sudden during the performance, the shades open and you turn off the gravity, and—

LU: And it’s like the fizzy lifting drink from Willy Wonka!

No doubt, fans would be into this. They just need to make it happen.

Skrillex and Kelsey recently teamed up on the latter’s 2018 single “Due West” — listen below.