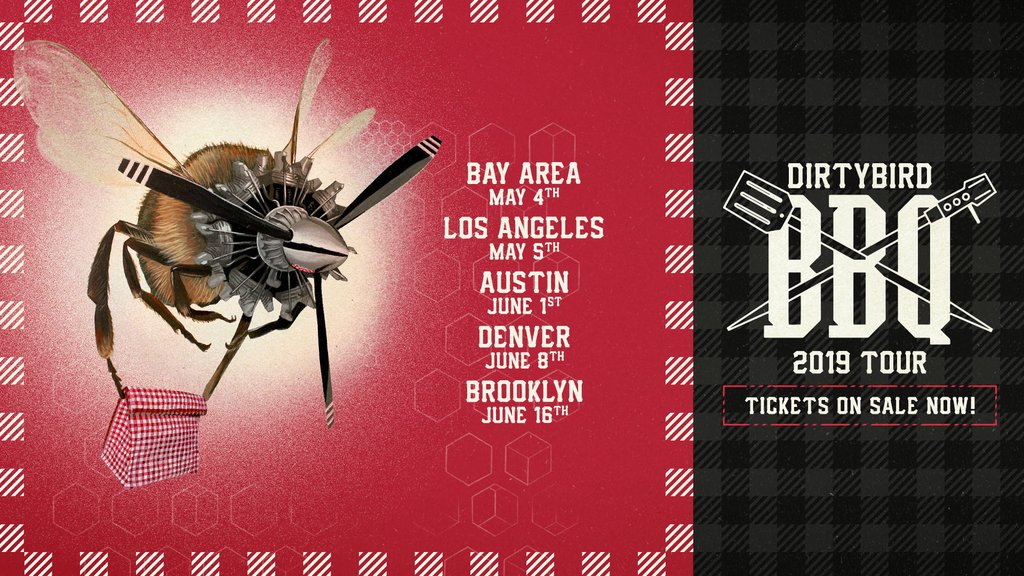 The BBQ pit is where is it all began for Dirtybird Records before they went on to reinvent the meaning of a camping festival with Dirtybird Campout. In the beginning, it was just Barclay Crenshaw and his friends hanging out in a park, grilling, playing funky tech house to anyone who would show up. Ten years later, Dirtybird’s legendary annual BBQ event is gearing up to take place over the grills in five cities. Label boss and head chef Claude VonStroke & flock will be stoking the charcoal grills in LA, the Bay Area, Austin, Brooklyn, and fan vote winner Denver!

Are you ready to get saucy with some of Dirtybird’s top artists? We are giving away a pair of V.I.P. tickets, two BBQ plates, and an exclusive merch item selected by the grillmasters over at Dirtybird Records. Cali BBQ’s will be going down in less than 20 days so act quick! The Bay Area will get their dose of Dirtybird’s favorite event on May 4th at Alameda County Fair Grounds with an OG Players Club lineup of Claude VonStroke, Justin Martin, J.Phlip, Christian Martin, Worthy, and Ardalan. Then on May 5th, Los Angeles birdies will have the chance to chow down with Claude VonStroke, Justin Jay, Justin Martin, Sacha Robotti, and Wyatt Marshall B2B Lubelski at LA Exposition Park.

🥚 1 Winner will be randomly selected  & contacted via direct message

🎶 Enjoy the bangin’ beats and BBQ feasts and don’t forget to get your costume ready for the annual costume contests! Tickets for any of the Dirtybird BBQ’s throughout the summer can be found on Dirtybird’s website.