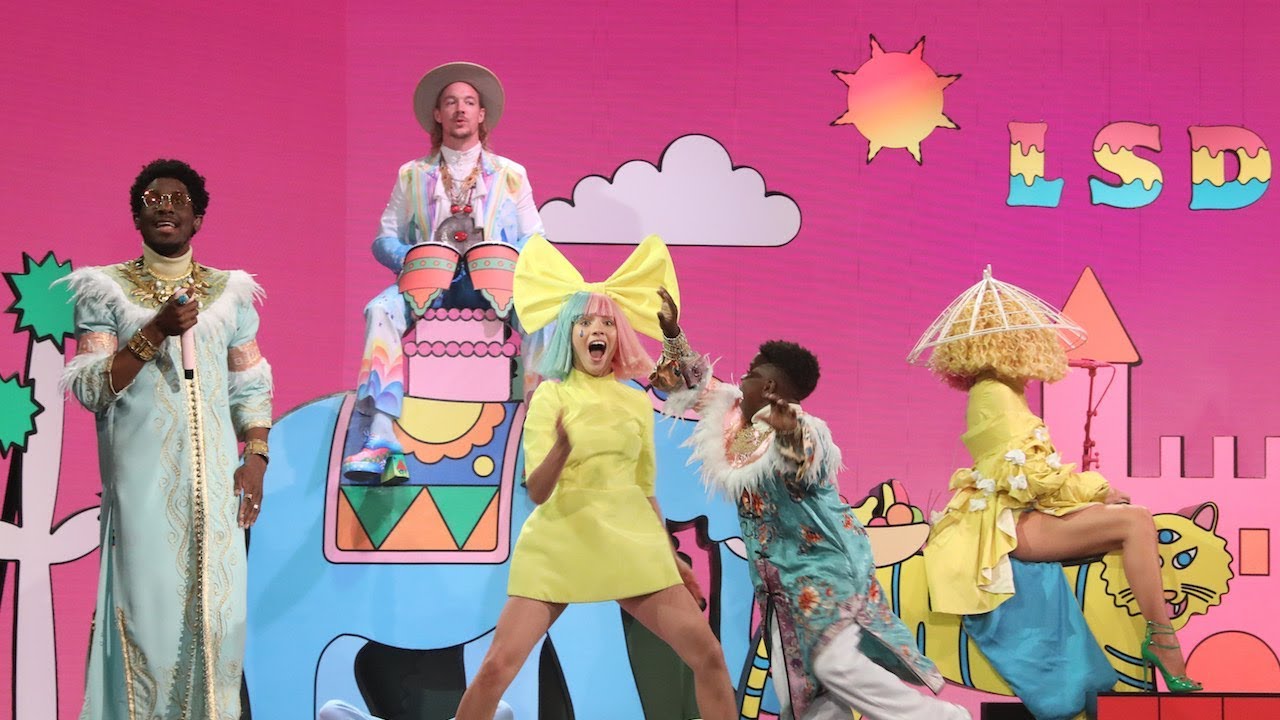 It’s been a couple weeks since LSD’s album came out, and through Diplo sets at Coachella and a surprise set from Major Lazer at the Do Lab, we still hadn’t seen LSD perform live. Surely, capturing the crazy aesthetic from their music videos would be incredibly difficult.

But, the group of Labrinth, Sia, and Diplo went on Ellen yesterday to perform their new single “No New Friends.” The set was filled with bright colors and kooky decorations, as well as a supporting cast of children and dancers. The performance itself is just about flawless — Sia is sat on a tiger, doing her thing, while Labrinth bounces around with a microphone and Diplo sits atop an elephant with some bongos.

The performance is a sort of perfect representation of the childlike wonder that LSD hopes to bring to their brand. However, don’t expect to see them in your city anytime soon. During a stream with gamer Jericho, Diplo says a tour isn’t likely.

“I would love to do something, if we could find a way,” he says. “We’re all so busy and Sia doesn’t like to tour too much. But I’d love to do a show one day.”