Moonrise Festival is back in 2019 and it’s bringing one of the most densely packed lineups we’ve seen on any EDM event this year. Spanning two days, Moonrise will bring nearly 70 artists to the enormous Pimlico Race Course in Baltimore, MD on August 10-11.

The lineup this year is truly spectacular, and really doesn’t give any attendee a moment to catch their breath between stages. On the Stellar Stage, you’ll be able to catch the likes of Illenium, KSHMR, NGHTMRE + SLANDER, as well as R3HAB, Tiesto, Party Favor, Whipped Cream and more.

Over on the Lunar Stage, you’ll get to bear witness to the might of Excision, the lyrical prowess of blackbear, and the emotional magnitude of San Holo, Jai Wolf, and Gryffin.

The Solar Tent brings the bass with a lineup full of heavy hitters like 12th Planet, Peekaboo, Rusko, Ganja White Night, and more.

Last but not least, the Celestial Garden brings the best of house with AC Slater, EDX, Nora En Pure, i_o, OMNOM, and more.

Tickets are available here. You can also a contest to win tickets here! 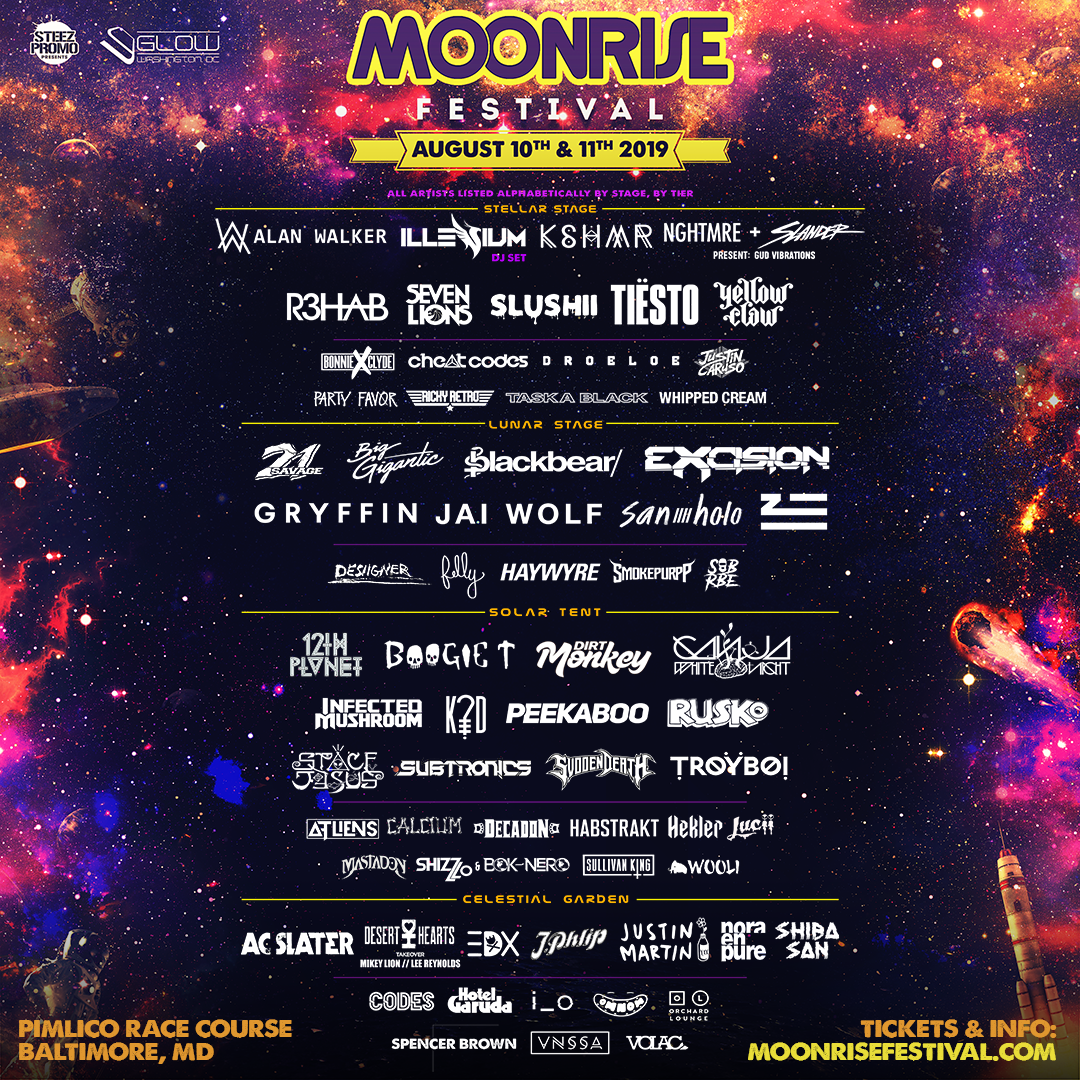