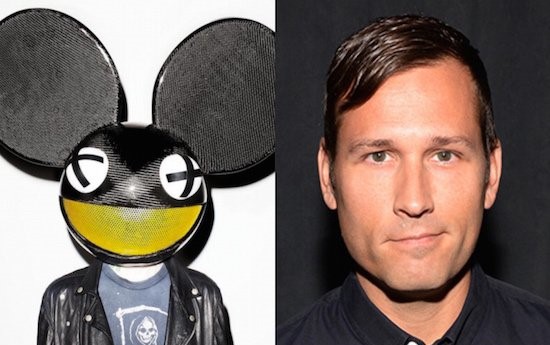 Las Vegas is a city where anything can happen — especially when Kaskade & Deadmau5 are involved. With so many DJs in one place all together, whether for usual residencies, special EDC week shows, or EDC itself, all bets are off and you never know who will show up where or what might happen.

This past weekend, during Kaskade’s normal residency at new club KAOS, Joel Zimmerman aka deadmau5 was also in attendance (he also has a residency at KAOS); but, he wasn’t particularly there for the music. Kaskade shared with the crowd, “While I’m up here playing, deadmau5 just texted me, ‘Dude turn it down, I’m sleeping up here. Message me when you’re done.'”

“Hey Joel! Wake up, pussy!” he continued, playfully. “Come on down here and play some records with me!”

As it turns out, Joel did wake up and he did come down to play a record with Kaskade, namely the two’s 2008 collaboration “Move For Me,” which predated their more widely known “I Remember,” released later that same year.

While there were probably loads of people in the typical Las Vegas crowd who didn’t know what kind of legendary moment they were witnessing, there were still loads more who recognized history when they were seeing it. That being said, deadmau5 didn’t stay for long. “Deadmau5, everybody!” Kaskade proclaimed before heading into the rest of his set.

Watch the moment below.

Joel's reaction was just how I expected it.