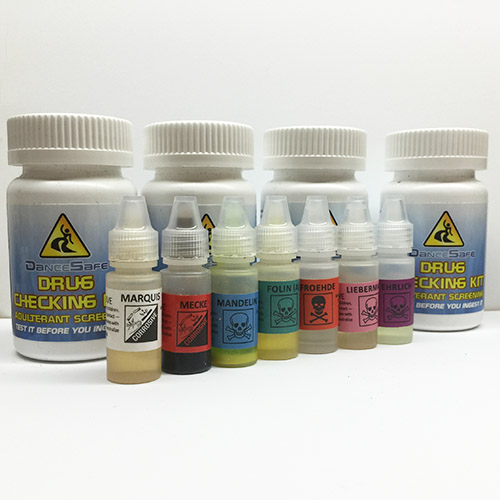 DanceSafe continuously strives to make the EDM community a safer place and the organization’s latest effort is a big win for everyone. Under Colorado state law, testing kits used to identify controlled substances are no longer considered drug paraphernalia, partly thanks fo DanceSafe and other campaigners.

A package of bills were signed off by Colorado Governor Jared Polis on Thursday, May 23rd in attempt to help curb the opioid epidemic. Senate Bill 19-227 was part of the cluster that takes effect. The new law focused on harm reduction will likely save lives.

DanceSafe has been working since the late ’90s to help cultivate an educated and safe rave culture. The organization’s latest accomplishment immediately affects those in Colorado, but they’re shooting to overturn any law against test kits across the US by 2021.

DanceSafe believes that most drug laws, up to and including laws banning the use or sale of drugs, do far more harm than good. This includes paraphernalia statutes, which criminalize drug consumption in a way that leads to an increase in the spread of communicable diseases by banning the possession of needles and often ban test kits, leading to misrepresentation and adulteration deaths. While we think the ideal situation would be to repeal all paraphernalia laws, and to dismantle prohibition as system, we recognize this will be a much longer fight. These incremental changes, such as the one in Colorado that removed test kits from the paraphernalia laws, are an important step in building a more rational drug policy. We were also incredibly pleased that there was no public opposition to this change, including from any Colorado law enforcement agency. This shows, once again, that most people understand and support common sense harm reduction measures when they are explained properly.”

DanceSafe has been known to pass out testing kits at music events and festivals. The new law taking into effect should make it even easier for the organization to team up with promoters and organizers in the future.